Metal band Gwar gets political in their new comic Orgasmageddon with a variant cover in which one of the band members urinates on Donald Trump.

The cover is likely a reference to the infamous “pee tape” scandal, in which an intelligence memo alleged the existence of a video in which Donald Trump paid a pair of Russian prostitutes for a “golden shower” show in a hotel. As of yet, the tape (if it’s even real) has not surfaced, though many people have offered a bounty for a copy of it.

In the cover, Gwar vocalist Blöthar urinates on the president-elect through a sort of phallic udder codpiece he wears during performances.

An uncensored version of the cover can be found here.

The image is a perfect tribute to Donald Trump, and it’s wildly appropriate coming from Gwar. The band is known for its over-the-top performances in which costumed members spray gallons of fake blood and other bodily fluids on the crowd, to the delight of the audience, as seen in the video below (content warning: fake blood, graphic violence against puppets).

Gwar eschews traditional celebrity profiles in favor of a campy, sci-fi/horror mythos. Band members play characters with bizarre back stories, claiming to be from other planets and also taking credit for the extinction of the dinosaurs.

According to the band’s website, Blöthar is a berserker who enjoys ice fishing, meditation and killing. 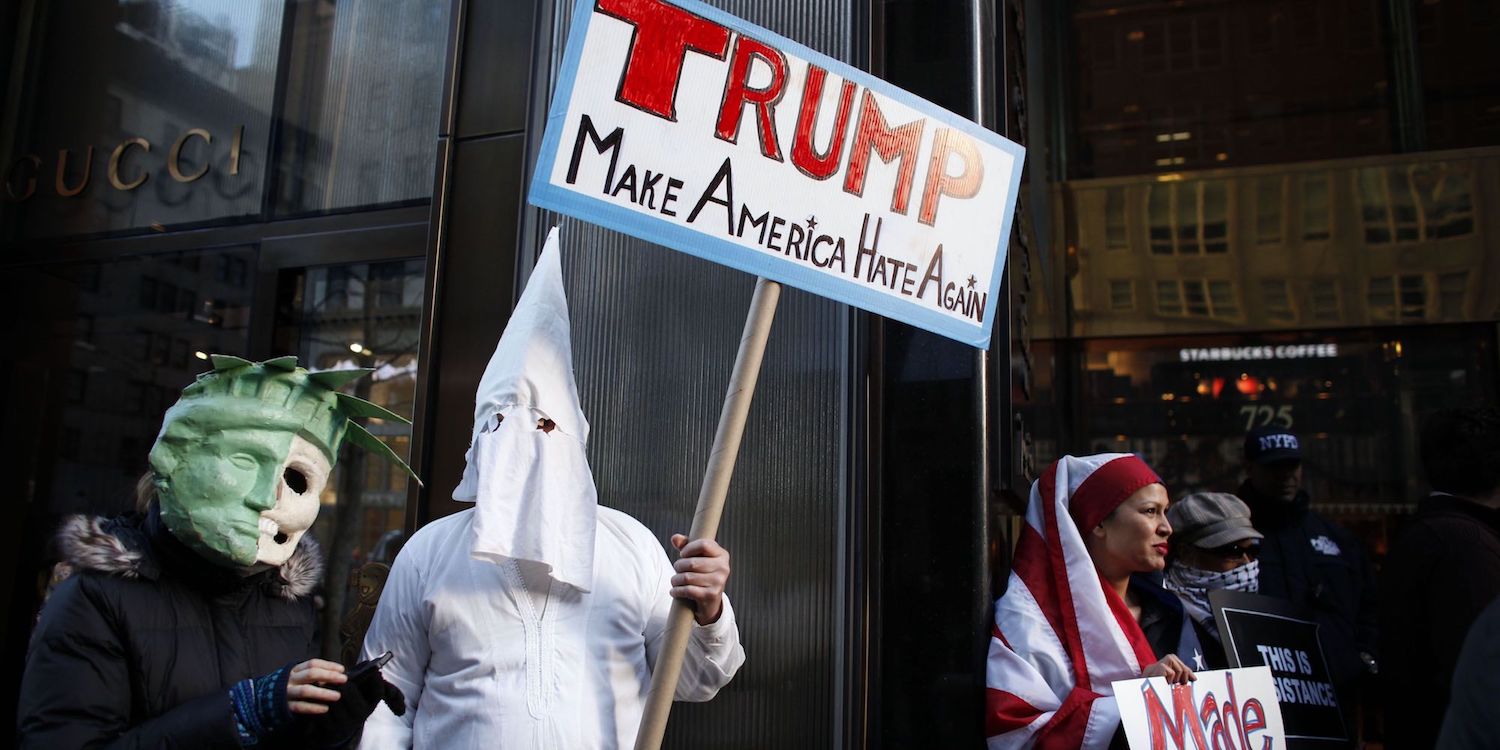