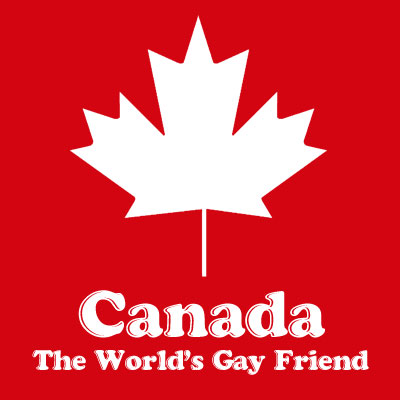 Next week will mark six years of ladies wedding ladies and gents marrying gents and – GASP! – Canada has not become a frozen-over hellmouth. Well, at least the southern provinces haven’t…

In the run-up to Bill C-38 being passed, the naysayers darkly predicted the seismic crumbling of Canadian society as we know it; they said the “gay agenda” would undermine heterosexual marriage and families.

They predicted that in this new anything-goes Canada which would be created if Paul Martin’s government sanctioned gay marriage, people would be marrying their cats, pedophiles would be marrying children, priests would be forced against their religious beliefs to officiate at gay marriages, and on and on. Each imagined scenario was more dire and ridiculous than the last.

Oh, and polygamy would be the next step down the proverbial slippery slope to that inky abyss of promiscuity and immorality where everyone would be frolicking.

None of it has happened. Even polygamy is still in the same dreary holding pattern in Bountiful, B.C.

For the record, divorce rates in Canada have slightly fallen since same-sex marriage became the law of the land. So much for gay marriage threatening the sanctity of heterosexual marriage, eh?