Here Are 5 of Your New Favorite Image Tumblrs 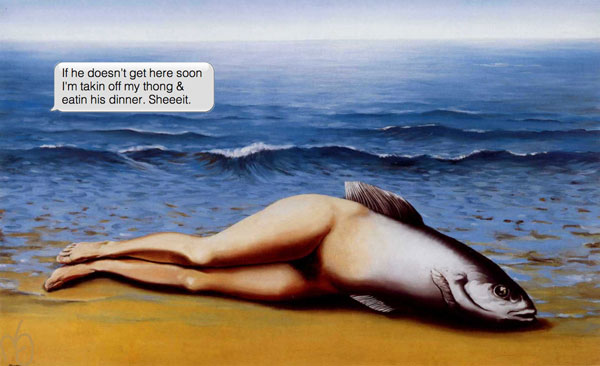 Kim’s naked ass, Grumpy Cat, and Alex From Target are all things of the past — c’mon… it’s 2015, foos! But worry not — we’ve found a small cache of awesome Tumblrs that combine snooty art, pop-culture, fashion and everyday folks in hilarious and hypnotizing ways. 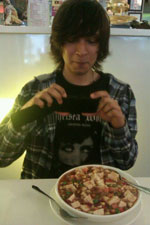 The name pretty much says it all. POHTPOF serves up a light-hearted take on the dozens of blurry food shots that pass through your newsfeed on the daily. But instead of just presenting the poorly lit shots, these pictures actually show the weird hipsters and dining-dens behind each dish. After scoping out this blog I immediately made a submission I snapped at brunch last year — zing! 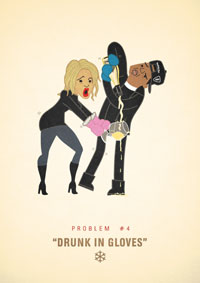 Taking inspiration from Jay-Z’s lyrics and other pop-culture icons, artist Ali Graham dresses Jay-Z up as Dr. Who, The Incredible Hulk, and Freddy Krueger and delivers strikingly funny pop-star/superhero mashups like Stevie Wonder Woman and Lil’ Bruce Wayne. He also does portraits of Jay-Z dealing with 99 actual different problems, like running out of toilet paper, getting friend-requested by his grandma and having an alien pop out of his chest.

You can gain instant street cred at the office by making computer wallpaper from this site. I was a big fan of problem number 12 myself: “Bit by a zombie” — ouch! That reminds me… you might also enjoy the same artist’s Tumblr of Queen Bey slaughtering zombies Walking Dead style to the lyrics of Beyonce’s hits.

3. If Paintings Could Text

Whether you’re an art history buff or just love reading other people’s wickedly funny texts, you’ll love this cleverly postmodern “revival of classical art and epic texts.” The paintings feature some of the most renowned pieces from masters of the 1600s and 1700s overlaid with modern-day text messages about hooking up, popping Xanax, and needing someone to pour vodka in your mouth through a funnel while you aristocratically lie upon the couch. 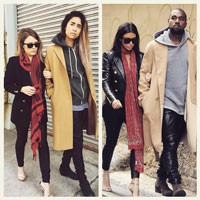 4. What Would Yeezus Wear?

Kathleen Lee, a self-described “ball of pop culture with some arms and feet” pairs up with her gal pal to recreate the looks that are fresh out of the tabloids from Kim and Kanye (and occasionally baby North). You’ll admire the spot-on styling and attention to detail that Lee and her friend put into each shot. It’s basically a Tumblr version of “Who Wore It Better?” 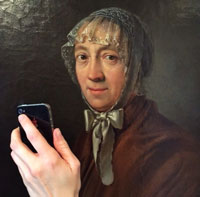 I can’t explain why the idea of classic portraits and sculpted busts taking selfies is so funny, but it is. Suddenly, the serious expressions in contemplative works of art take on a horribly shallow, self-conceited quality: the Virgin Mary isn’t just looking up at the angels announcing her miracle birth; she’s totally working that that innocent schoolgirl look for a rad selfie. Even better, the blog owner now features submissions from around the world. So if you’ve got hand-model good looks and the audacity to step over the velvet rope, you might have what it takes to make the Museum of Selfies’ hall of fame.

Real Estate Entrepreneur and Family Man Harma Hartouni Shares 'What Pride Means to Me'
5 Ways to Get Back the Excitement and Optimism of Your Very First Relationship
This Is How I Lost My Virginity on an Evangelical Christian Mission Trip
This Gay Prison Gang, Called the 'Rainbow Warriors,' Fights Neo-Nazis Behind Bars
English