Here’s Everything You’ve Ever Wanted To Know About Marijuana

Written by Daniel Villarreal on April 20, 2015
Be first to like this.

Drug of the Week is our ongoing series about the exciting, new, and often dangerously dumb ways people are getting high these days. To check out our previous Drug of the Week, click here! 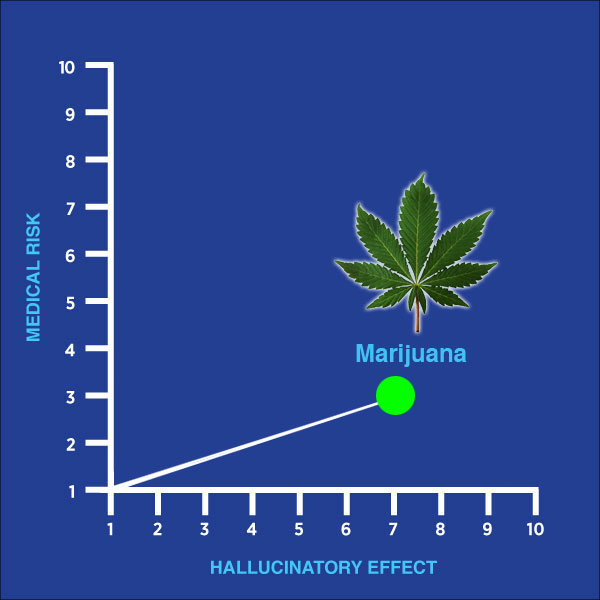 Today is April 20, the so-called International Weed Smoking Holiday (though its observance is largely North American). So we’re doing something a bit different with “Drug of the Week.”

Instead of sharing info on a new drug, we’re telling you all about weed. But we’re not just gonna write about its consumption and effects — you can find that with a simple Google search, ya lazy stoners. Instead, we’re presenting Unicorn Booty contributor Alex Liu’s four-part Science of Sin series on weed, and believe us, it makes great stoned viewing.

Among his many sweet nuggs of weed knowledgable, Liu covers weed’s history, its long-term effects, and whether holding in a hit actually gets you higher — turns out it doesn’t, really. Whatever increased high you’re feeling is probably just from holding your breath. Put that in your pipe and smoke it.

The origins of cannabis

Not only have people been smoking weed throughput Europe and India for over 4,000 years, but there’s also a molecular difference between sativa blends of marijuana (known for their cerebral or emotional high) and indica blends (known for their physically relaxing effects). Interesting…

How does one “get high”?

Apparently, when you ingest weed by heating it up through burning, cooking, or vaporizing, it releases THC into the body which attaches to special proteins called cannabinoid receptors. Scientists only discovered cannabinoid receptors in 1999, but they’ve learned that they play a role in stress, memory, and hunger.

Once THC is in your body, it heightens your sensory experiences, opens your blood vessels (which cause your eyes to turn red), and disrupts your short term memory — wait, what were we just talking about?

The good news? Studies have shown that you’re no more likely to get oral, tongue, or throat cancer from smoking weed than you are from not smoking it.

The bad news? Weed can exacerbate bronchitis and chronic cough. The smoke from pipes, joints, and one-hitters expose your lungs to higher levels of harmful tar and carbon monoxide (both of which can be avoided if you eat or vaporize your ganja).

More studies are showing a connection between regular weed use and psychoses like schizophrenia. And also, weed is addictive — in fact, it’s the second drug that people most commonly seek rehabilitation for (the first being alcohol). So it’s not entirely harmless, no matter what your smoke-weed-everyday stoner pals tell you.

What are marijuana’s medical uses?

Right now, the US feds have classified weed as a schedule 1 drug, meaning that it has no medicinal use and that any ingested amount is unsafe. That’s absurd because you’d have to smoke a telephone pole’s worth before you even got close to lethal amounts.

Either way, weed’s legal classification has made it difficult for scientists to study it in-depth. Nevertheless, the Food and Drug Administration has said that THC helps alleviate the anorexic effects of AIDS and the nausea caused by cancer chemotherapy — basically it helps increase appetite and keep food down.

Although some unscrupulous “green cross” doctors are known for prescribing weed for stubbed toes and boredom, there is preliminary scientific evidence that weed may actually help treat glaucoma, the tremors caused by multiple sclerosis, the progress of Alzheimer’s, and the growth of breast or brain cancer. Score! Too bad you have to live in a legalized weed state to legally use it for those purposes.

Nice Abs, Bro, But Where's Your Face? 4 Tips to Taking the Perfect Profile Pic
We Love These Disney Princes Reimagined as Adorable Queer Couples
These Hornet Users Had Our Favorite Posts of the Past Week
'The Queer Frontier': 5 Things You Didn't Know About the (Super Gay) Wild West
English