Written by Daniel Villarreal on April 14, 2016
Be first to like this. 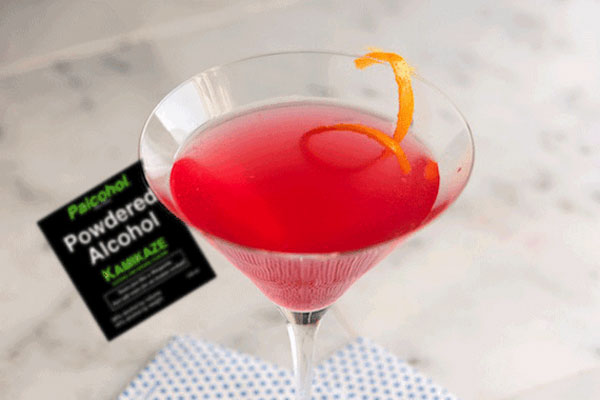 We recently learned that 28 states have already banned the sale of Palcohol (aka. powdered alcohol), and 12 more are currently considering legislation to do so, citing fears of people snorting it, slipping it in other people’s drinks, giving it to children and just generally being drunken assholes.

In March of 2015, the Alcohol and Tobacco Tax and Trade Bureau approved the U.S. sale of Palcohol and states like Alaska, Louisiana, South Carolina, Vermont and Virginia are quickly lined up to ban it.

Granted, it is only a matter of time before some intrepid moron tries snorting it (we’re looking at you, 18 to 25-year-olds). They’ll quickly discover that it BURNS LIKE FUCK — just like snorting regular liquid alcohol; who knew?

As for kids eating it like Fun Dip and date rapists using it to spike unsuspecting people’s drinks, the makers of Palcohol say it’s not gonna happen. Similar products in Germany, Japan and the Netherlands, for instance, and thus far there has not been a Palcohol-sniffing and spiking epidemic there.

Palcohol’s producers say that first of all, it won’t be sold to anyone below the age of 21. Second, it comes in a not-entirely-discreet 4-by-6 inch packets and requires about a minute of stirring to dissolve completely (yes, you’re supposed to mix it, not just shovel sandy spoonfuls of it down your throat).

Neither of those are proof that some ne’er-do-well won’t misuse the product, but for those who are still interested, it’ll be available in rum, vodka, cosmopolitan, and margarita flavors — fun!

And yet if your state decides to ban it, Palcohol warns that the following five horrible things will happen:

“1. Create a black market, straining the state’s resources to enforce the ban.

2. Make it easier for underage users to get it.

4. Deny the citizens and businesses access to a revolutionary new product that has so many positive benefits.

5. Show that the big money of the liquor industry can squash competition.”

The “positive benefits” mentioned above doesn’t just mean “gets you fucked up in a novel but familiar way.” Its producers claims that because Palcohol is lighter than liquid booze, it’ll save on fuel and transportation costs for bars, distributors and commercial airlines. They also say that their super-concentrated industrial formula of Palcohol might work as antiseptic for field hospitals, a burnable fuel source for campers and soldiers, as window-cleaner or other wacky yet-to-be-discovered uses.

But you’ll have to wait until a state DOESN’T BAN IT before you can snort or wash your windows with it. In the meanwhile they’re not giving out free samples, so DON’T ASK. Worry not though, even if your state bans it, you might be able to score some from an underage kid on the black market soon enough.

This article was originally published on March 15, 2015. It has been updated to reflect recent events.