Written by Daniel Villarreal on August 5, 2015
Be first to like this.

To help you enjoy the unintentionally hilarious occasion, we’ve developed our very own BINGO card! It’s simple: just randomly number the squares from 1 to 24, and whenever a candidate accomplishes one of the items on the list, call it out and mark out the corresponding square. The first player to get five in a row wins! You can also download the full-size version.

We’ve also added a “free space” with an image of Satanic Obama and two tiny hammer and sickles because Socialist Obama is always trying to give away “free” stuff to his unholy comrades — thank God Donald Trump will be president soon.

Also, feel free to check out the hilarious BINGO card recently tweeted by The Chicago Tribune and the drinking game that one of our friends shared with us — they’re well worth a click. And if you consider politics no laughing, gaming matter, you can check out this explanation of 11 false statements you’re likely to hear during the debates. 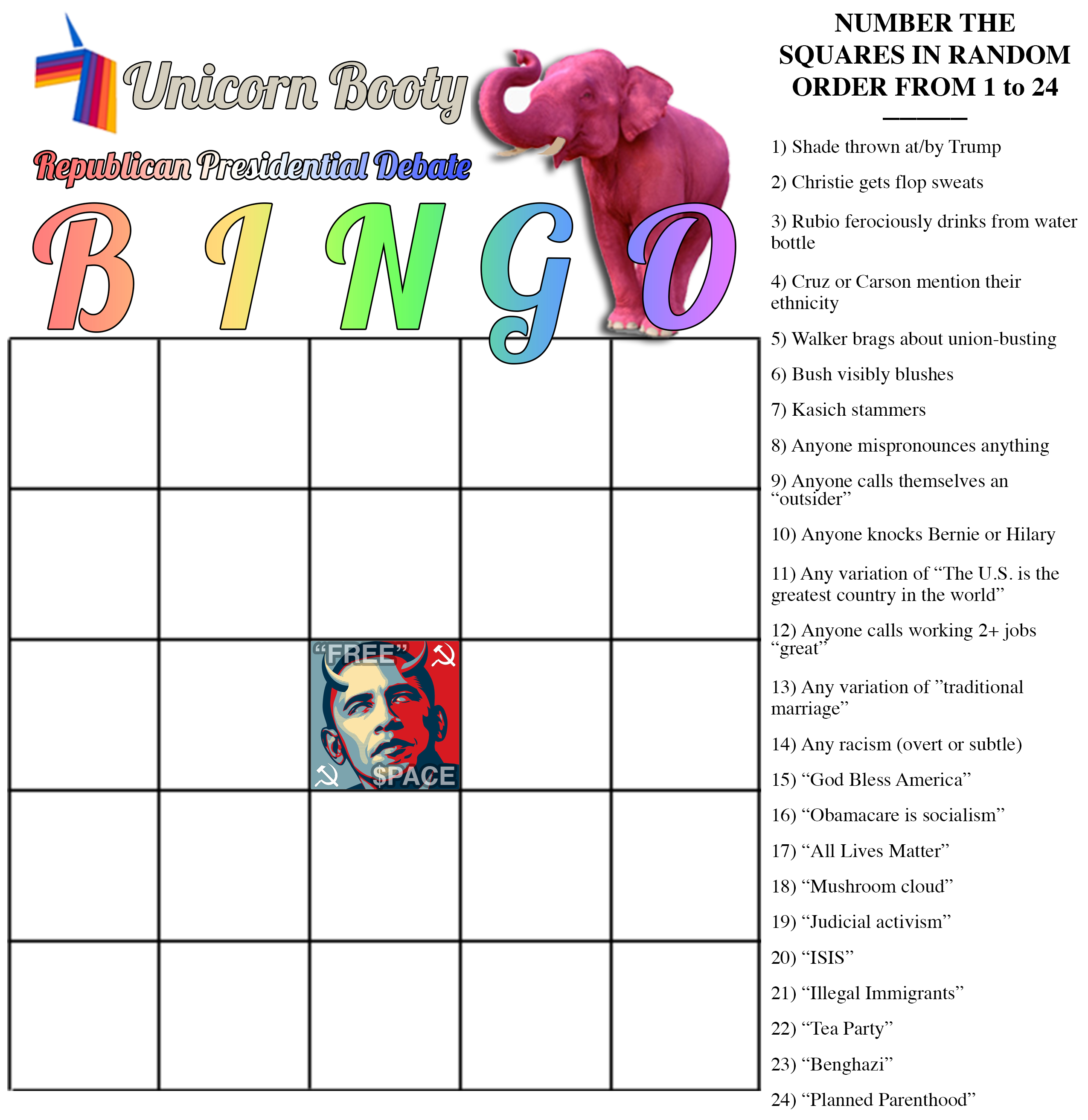 This Holiday Season, There’s a $2,600 Butt Plug With Your Loved One's Name On It
Here Are 4 Ways That Mid-Day Napping Can Boost Your Productivity and Mental Health
San Francisco Pride Returns With Two Epic Movie Nights in the Ballpark
As a Young Man, Bram Stoker Wrote a 'Love Letter' to His Queer Literary Idol, Walt Whitman
English