Hey, Check Out All These “Ugly” Actresses

Here comes The DUFF. It’s a teen comedy, and the title stands for “designated ugly fat friend.” It’s about a high school senior who learns that everyone else thinks of her as The DUFF.

It’s not a documentary, but apparently this DUFF business is a thing young women do, hanging out with less attractive people to look better by comparison. Obviously, this makes perfect sense. What humane, thoughtful feminist doesn’t love the entire concept of friendship being reduced to “who’s uglier than you?”

It stars Mae Whitman as the DUFF. Here she is:

Seriously, just look at her. So ugly and fat. How dare she go outside and show her size-four cow-body to anyone, much less to a guy, for whom this sort of thing can be very traumatizing?

Whitman comes from a long line of chubby monster-people in cinema history. Even though hardworking men (and some women) in casting heroically do everything they can to protect the world from looking at unpleasant ladies, sometimes uggos slip through the cracks and ruin your day by not being all heroin-chic skinny like Twiggy.

So check out THESE UGLY ACTRESSES IN TV AND FILM! GROSS! HERE THEY ARE! LOOK AT THEM BEING UGLY! 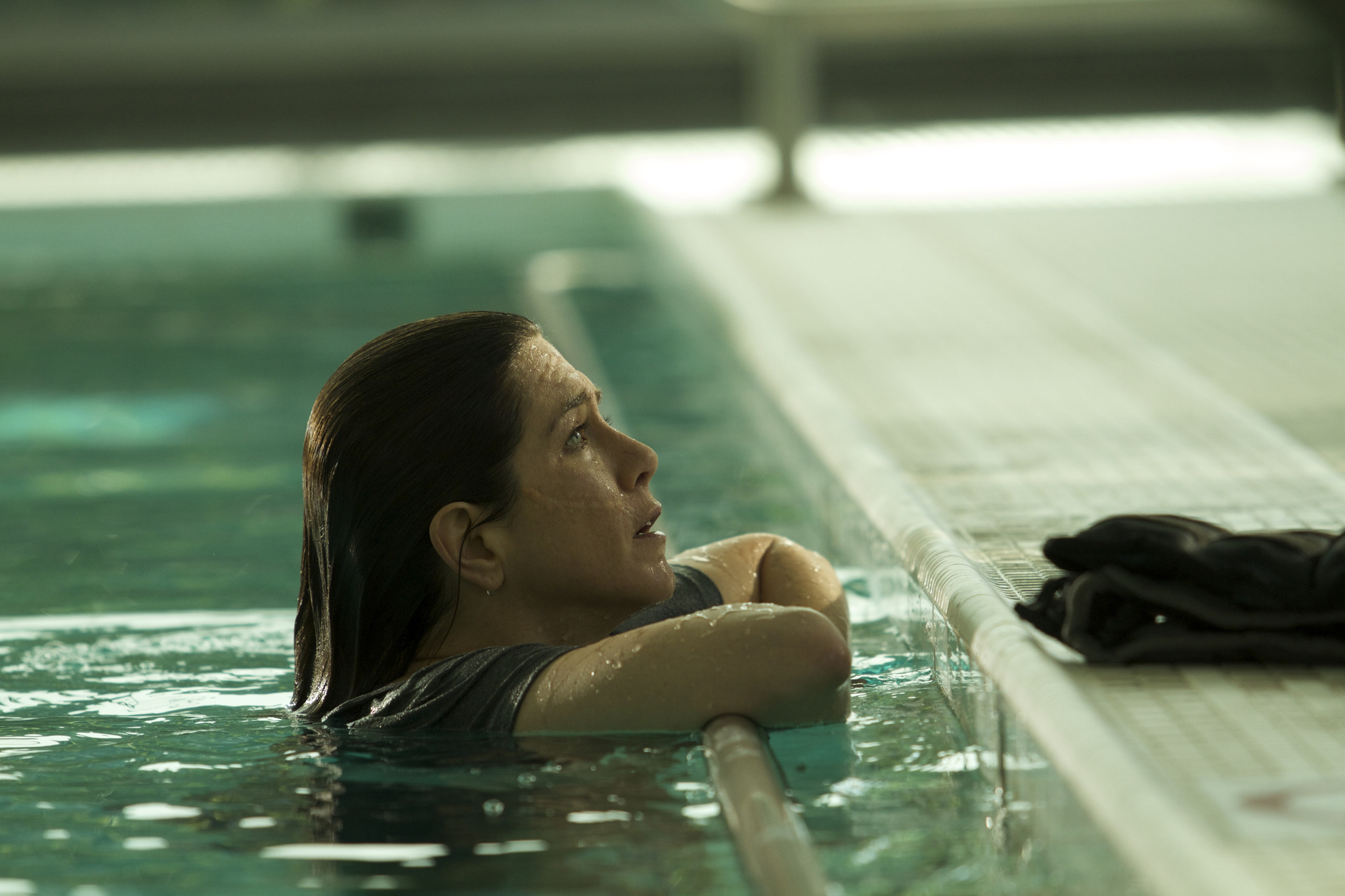 In this drama where she doesn’t even have nice hair, Aniston stars as a woman in chronic pain. But not as much pain as we’re in from having to keep looking at her un-pink cheeks. She looked much more appealing and tastefully eye-shadowed when she starred as “Mom” in that movie about the cute puppy, and that other movie where she starred as “Stripper Mom” with the family that runs off to Mexico in an RV. Screenwriters with penises write tons of “Mom” parts for actresses, so what is there to complain about if they make you look good while you do it?

She’s depressed in this movie because her employer is going to fire her. But you know what? She deserves to be fired for not making herself cute for the workplace. How else are men expected to look at you all day? Furthermore, how are audiences? I know you’re all “serious,” Marion Cotillard, and into “acting,” but you should get familiar with what’s really important: being a human decoration for a story that guys can relate to. 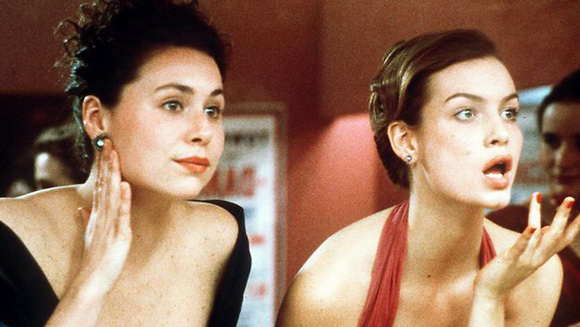 Minnie Driver in Circle of Friends

In this science-fiction film, handsome young jock Chris O’Donnell falls in love with Minnie Driver, who is super fat and perilously close to the upper end of merchandise they sell at the Cute Young Things Who Are Not Even Remotely Plus Size Shop. And his character is not blind.

What was that thing that America’s most smartest film critic, Rex Reed, said about Melissa McCarthy? Something like she was a tractor or a hippo? It was one of those. Anyway, where was witty Rex, culture warrior on behalf of all beautiful people, when this crime against eyesight took place? He would have explained how a story in which a non-starving-woman lands a hot guy could not really take place in any known universe. The man is wise. 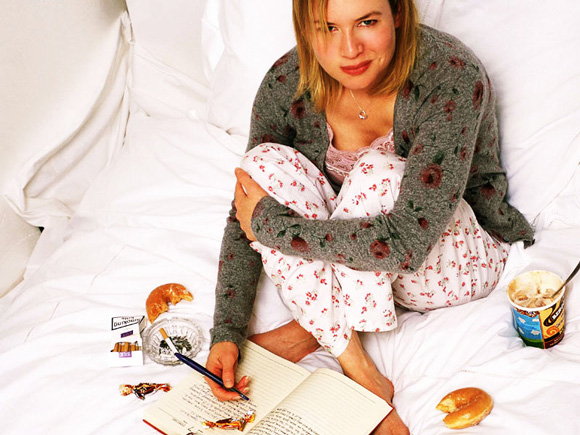 Remember when Zellweger was huge like a zeppelin in this film but then Hugh Grant fell for her anyway? Where do these “feminist” movies keep getting the nerve to lie about this kind of thing? Obviously, it’s one thing for unemployed stoner Seth Rogen to get with Katherine Heigl in Knocked Up, or friend-to-all-talking-animals Kevin James to pull Rosario Dawson in Zookeeper BECAUSE THOSE ARE BOTH TRUE STORIES. But this is just stupid. 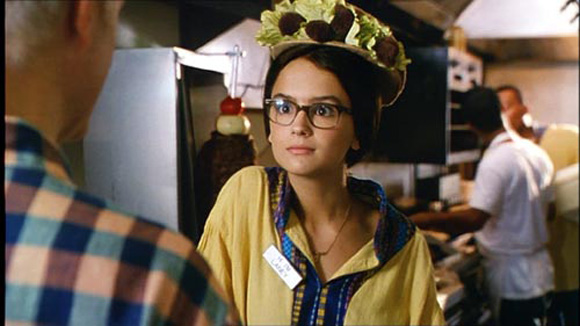 Rachael Leigh Cook in She’s All That

Cook has paint on her messy clothes. Her hair is not exactly perfect. It’s also (yucko) brunette. She also wears glasses and has a smart mouth, which nobody likes in a girl. If she were a kidnap victim or a prostitute – roles that lots of young women are generously allowed to play in films and TV crime shows – then her being cast would make more sense. Her appearance would explain why she deserved to be kidnapped or forced into a life of sex for money.

Okay, actually, not the glasses. Prostitutes don’t wear glasses. But still, there’s a happy ending because Freddy Prinze Jr. falls for her when she finally takes them off. Thank goodness he comes along to rescue guys from the living hell of having to look at her with glasses. Maybe he’ll help her dress better and not sass people so much — what a prince!

Anne Hathaway in The Princess Diaries

Teenage Anne Hathaway has curly hair, wears glasses, reads a lot of books, and has eyebrows that have been compared to Groucho Marx’s (please don’t bring up teenage Brooke Shields and her giant eyebrows on the cover of Vogue a million times because that’s simply not relevant). When adult male characters look at Hathaway they recoil in horror.

Then she finds out she’s really a princess and that Julie Andrews is her grandmother. She’s given a makeover and taught how to walk like a proper princess and she stops reading books and then everything is okay for her. Another happy ending and a lesson to all women: clean that shit up and stop being literate.

These 15 Amazing Artists Will Keep Your House Queer AF
This Week We Can't Help But Swoon Over 'Scream' and 'Yellowjackets' Star Jasmin Savoy Brown
This Gay Prison Gang, Called the 'Rainbow Warriors,' Fights Neo-Nazis Behind Bars
7 Things to Consider About Monogamy and Finding a Healthy Relationship Style
English