At about 12:40pm today, the Hillary for America camp released a video announcing the official launch of Hillary Clinton’s campaign to run for president of the United States.

The video, uploaded on Youtube and quickly circulated through news media everywhere, is titled “Getting Started” and focuses on a theme of preparing for the future, highlighting a number of personal stories of Americans getting ready to embark upon the next chapter in their lives: a new baby, job, school, home, etc. Featured among these stories is a gay male couple who are looking forward to getting married.

“I’m getting married this summer to someone I really care about.”

This marks the first time a gay couple speaking for themselves about marriage has gotten screen-time in a presidential campaign announcement video. The couple is just one story in a highly diverse group: the cast is more than half female, and the majority of those represented are non-white, including black, latino, and asian faces. Towards the end of the video, a lesbian couple is also shown. 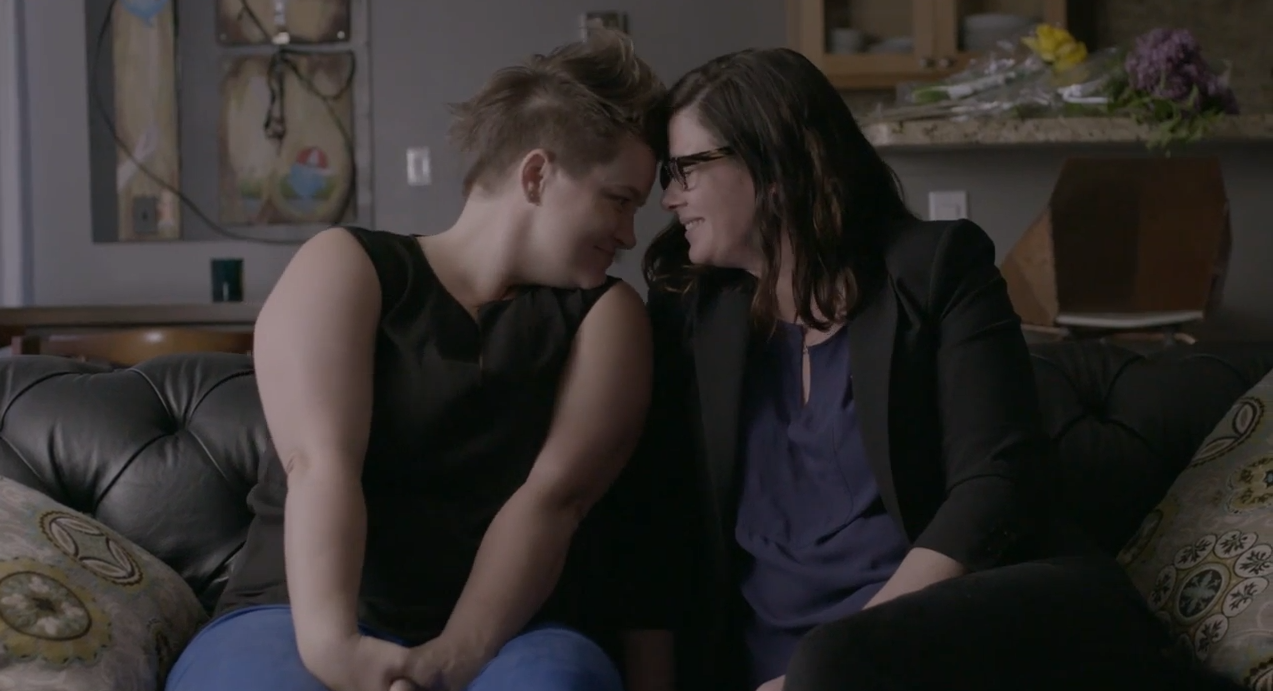 With these choices, Clinton is making one thing crystal clear: she wants to reach out to and be an advocate for women and minorities.

Clinton ends the video with her official announcement, in a statement echoing the theme of moving forward:

“I’m getting ready to do something too. I’m running for president. Americans have fought their way back from tough economic times, but the deck is still stacked in favor of those at the top. Everyday Americans need a champion, and I want to be that champion. So you can do more than just get by; you can get ahead, and stay ahead. Because when families are strong, America is strong. So I’m hitting the road to earn your vote. Because it’s your time. And I hope you’ll join me on this journey.”

The video coincided with the launch of a new official campaign website and Facebook page. According to the Clinton camp, a formal live announcement will come some time mid-May in Iowa.

This Queer Communist From Kentucky Radicalized the Male Body In His Art
We've Compiled the Sexiest Depictions of Satan From Art and Pop Culture
Motivate Yourself to Get Fit Without All the Body-Shaming
Elska Shines Its Queer Light on Atlanta, the Gay Black Capital of America
English