How Did Women Do In 3 Of Summer’s Biggest Blockbusters? A Case Study…

Written by Johnny Gayzmonic on June 19, 2015
Be first to like this.

Our charge: sexism in Hollywood. Our new case: three defendants, all massive Hollywood summer blockbusters. The trial of the summer is about to begin! Let’s see if three of this summer’s biggest films are guilty of outdated gender stereotypes. 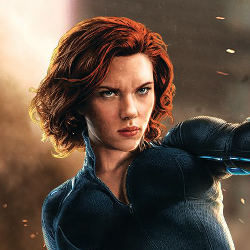 Case 1: The Avenging Angel
Defendant: The Avengers: Age Of Ultron

Evidence: The sequel to 2012’s biggest film and featuring the same cast and crew, Age Of Ultron was a chance for the most successful film franchise in history to showcase Scarlett Johnasson’s strong and lethally skilled Black Widow, the only woman in the titular team and the only Avenger (besides Hawkeye, because nobody likes Hawkeye) to not have her own film.

In fact, Marvel has all but said that a Black Widow film may never happen. This is all despite the Widow having developed a devoted following, taking a lesser-known comics character into the forefront of pop culture. In the same vein, Disney has all but refused refused to make any Widow merchandise to go along with the film. The reason: men and boys wouldn’t buy things with a female character on it.

In the film itself, the Widow’s primary subplot involves a budding romance with Bruce Banner, who wastes no time in accidentally falling into the Widow’s cleavage during a chaotic melee. Joss Whedon — creator of Buffy, Willow, and River Tam — should know much better.

Cross-Examination: Marvel does plan on giving a female hero her own film, but you’ll have to wait until 2018’s Captain Marvel. Disney itself does have a history, at least recently, of creating strong female characters such as Frozen’s Elsa… as long as those characters are princesses and sing at least one (preferably two) ballads about how she wants to meet the right man.

On the other side of the Batman-Iron Man line, DC Films seems unable to get their Wonder Woman film out of production hell, and if the most iconic female comic hero in history can’t get a break, what chance does the Widow have? Even if the Widow did get her own film, there’s a good chance it will be painted in broad chick flick strokes, something Johansson herself lampooned in a fake trailer on Saturday Night Life for Black Widow: Age Of Me.

Verdict: Mistrial. The Marvel films are not shy about showing Black Widow’s strength and ability, but they’re not confident enough about her to give her a film of her own or any merchandise to speak of. Disney, consider yourself on probation. You better really come through when Black Widow shows up in Captain America: Civil War. Give her more than romance to tackle — she can certainly handle it. 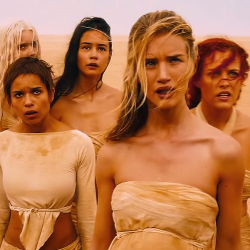 Evidence: The oldest franchise on trial and the only one with roots outside the United States, George Miller’s post-apocalyptic saga roared to life 30 years after its previous film. Receiving some of the most glowing reviews of the year, Fury Road was really a film about Charlize Theron’s dieselpunk amazon Furiosa and her attempt to liberate the harem of a brutal wasteland warlord.

Tom Hardy’s Max is a secondary character in his own film: Miller makes it clear from the first act that this is Furiosa’s story. In fact, besides Max himself, there’s only one sympathetic male in the entire film (Nicholas Hoult’s Nux) and even he starts out as a bad guy. There’s even an entire tribe of motorcycle-riding women who are the best sharpshooters in the cast. Along with The Road Warrior’s Warrior Woman and Beyond Thunderome’s Aunty Entity, Miller continues his habit of letting gender norms fall away like the buildings in the bombed-out cities dotting the film’s landscape and showing that women can be just as strong, capable and brutal as any man.

Cross-Examination: The film’s title character often seems like an afterthought, which led some Mens’ Rights Activists to take a break from dragging their knuckles to express their outrage that Max was taking orders from a woman… even though Max has taken orders from a whole host of people, including several women, throughout the entire series. Based on the film’s relatively muted box office ($334 million worldwide for a film this size is only “doing okay”), it could be surmised that Miller’s message isn’t being heard or understood. Even on its opening weekend, Fury Road was soildly trounced by Pitch Perfect 2, which featured women singing, dancing and romancing instead of shooting, punching and driving like demons.

Verdict: Not guilty. All charges dropped. Even if his film isn’t getting the amount of box office love as other blockbusters, Miller has not only shown us some of the best action of the year period. He’s raised the bar for the female presence in blockbusters, anticipation is high for the next installment of the Mad Max franchise, titled Furiosa, whose script is already written. 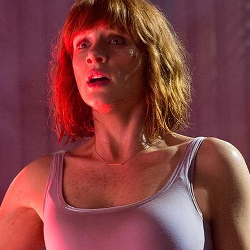 Evidence: The fourth film in a surprisingly robust franchise, Jurassic World holds claim to earning the biggest domestic and worldwide openings of all time; it’s the first film in history to make $500 million its first weekend out. The film’s lead is a Roguish, Manly Man of Action played by current People’s Sexiest Man Alive candidate Chris Pratt.

His counterpoint is a Frigid, Emotionally Distant Career Woman played by Not-Jessica Chastain (a.k. a. Bryce Dallas Howard). Career Woman wears heels. All the time. Even when running from a giant dinosaur intent on eating her. She is portrayed as flawed because she has no children and is focused on her career, in comparison to her sister, who is an overly emotional mother hen. In her very first scene with the Manly Man of Action (who’s also her co-worker by the way), he repeatedly implies that she needs to get laid so she knows what it means to be a real woman.

Career Woman also has a similarly career-focused assistant, who also happens to be British and assigned the task of watching over Career Woman’s nephews, which she is not trained to do. For her failures in teenage boy care and not being American, she is punished with what is easily the most sadistic and protracted death in the entire franchise… which is played for broad comedy.

Cross-Examination: The Jurassic series started out relatively promising. The first film in 1993 featured not only a competent, independent female scientist but a smart, pre-teen girl computer whiz. This was even an upgrade from the Michael Crichton source material, where the computer whiz was a boy. Over 20 years later, and the CGI may have progressed in leaps and bounds but the gender politics have only gone backward.

The director makes it a point to demonstrate that Career Woman is the most dynamic person in the film, with the biggest change in character, even though that change involves swapping her career aspirations for maternal instincts. And like Age Of Ultron above, the film’s massive box office indicates that people might just be OK with this kind of thing anyway, so maybe this is all our fault for throwing our money left and right at a demonstrably sexist film.

After all, when fellow defendant Joss Whedon himself pointed out the sexism in the scene in evidence, the internet joined forces to tell him to shut up. Plus, let’s face it: some of us would love a bit of blatant workplace sexual harassment from Chris Pratt any time of the day.

Verdict: Guilty on all counts. In addition, the movie-going public is charged with being an accessory before, during, and after the fact. The only thing older than the dinosaurs who prop up this one-trick pony of a franchise is its gender politics. Sentenced to be forever dissected by snarky writers on the internet.

And don’t forget: coming soon, The Terminator Trials, the Fantastic Four Files, and the Star Wars Stalemate! Who will be guilty? Who will be innocent? Who will be forced to endure the analyses of a million internet writers? Only time will tell…

Cult Classic 'The Apple' Offered an Insane Vision of the Future That Never Was
An Artist Has Re-Drawn 8 Disney Heroes as Trans Characters
5 Projects That Made a Star of Tom Holland, the Guy We're Swooning Over This Week
Mexico's Zapotec People Have Long Rebuked Western Norms by Recognizing a Third Gender
English