How to Get Away with Being an Abusive Crap Bag

So your life hasn’t turned out the way it was supposed to. You’re not as rich, or attractive, or famous, or successful, or sexually active or happy as you thought you would be. You’re miserable.

You could improve yourself or come to terms with your feelings of disappointment, but that’s super-hard so why not just be an abusive crap bag and make other people suffer instead? It’s depressingly easy. Here’s how to do it without consequence!

You might be angry at the whole world, but it’s not a great idea to go to war with it because it’s really big. Instead, limit the scope of your abuse to a well-chosen target.

Your target can be a single person or an entire category of people. The identity of the target isn’t all that important, really (as they are probably not responsible for your inner turmoil). What matters is that the target is vulnerable: economically, emotionally, physically and so on. This will give you a tactical advantage, not only in carrying out your campaign of cruelty against the target but in defending yourself against accusations of abuse when the target complains.

If you’re a wealthy white heterosexual cis male your ideal target is literally everybody else on earth, but if you’re not you still have plenty of options.

Amass Power and Influence — or None at All

It’s no secret that being powerful helps a person get away with harming others. Note that this power doesn’t have to be especially meaningful in the real world. Something as insignificant as playing Magic: The Gathering or throwing a ball real good is enough to gain someone enough personal influence and social status to get away with raping an unconscious human being.

But what if you’re a complete and utter failure with absolutely no meaningful power whatsoever? Surprisingly, that works too. A man with nothing is a man with nothing to lose. That, The Toast suggests, is why Ed Champion got away with harassing and threatening members of the literary scene for so long: not because he was so important, but because he was so unimportant.

Think about it! Who will get into more trouble for showing his wiener to unconsenting women: a state representative or a random unemployed guy on the subway? The state rep, of course! He could lose his political career. The random pervert probably won’t even get arrested, as the police have more important things to do than chase down small-time creeps on public transportation. And even if he does get busted, who cares? He won’t get fired — he doesn’t have a job. He won’t lose face — no one respects him anyway.

This is a very powerful tactic, used beautifully by professional douchecanoes Chuck Johnson and Milo Yiannopoulos.

Find Your King of Hearts 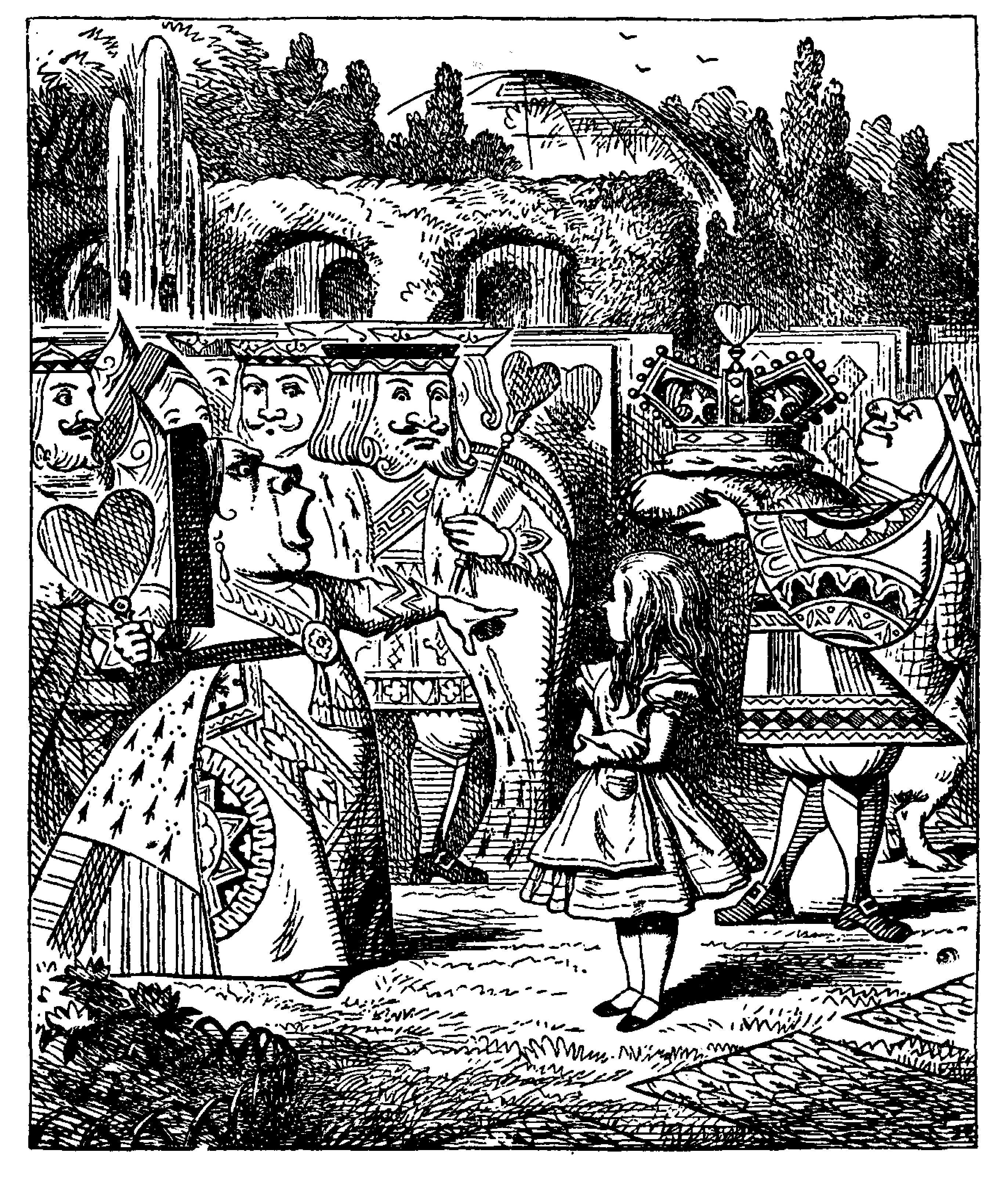 Find people (at least one person with enough power) to support you when your victim eventually comes forward. This person will do his/her best to gently smooth things over, all while protecting you from the consequences of your utterly loathsome behavior.

Think of your supporter as the King of Hearts in Alice in Wonderland. The Queen of Hearts stomps around hurling threats of decapitation at everyone she meets while the King trails behind her, gently issuing “Pardons, pardons all around.”

Though on the surface it might look as though the King of Hearts is undoing the Queen’s destruction, in reality he is actually enabling her to carry out her campaign of emotional terrorism. The guests get to keep their heads, social order is preserved (actually decapitating all of those people would likely cause political upheaval that could damage the political structures that permit the Queen to remain in power), and the Queen of Hearts still gets to threaten her subjects with execution.

Your own personal King of Hearts can be an individual in a position of influence or it can be a group such as an industry, a religious congregation, a political party or even your own family.

If you are caught (and you probably will be at some point), do not own up to your mistakes with quiet dignity. Instead, act like a giant screaming nightmare. Threaten others with violence. Threaten blackmail. Threaten legal action. Threaten suicide. Show everyone that confronting you is more trouble than its worth. Show everyone that they will not get a moment’s rest until you get what you want: the victim’s silence.

And the victim will go silent, because chances are they’re a lot more reasonable than you. Everybody knows that it’s a lot easier to get an abuse victim to behave than to get an abuser to behave.

If you’ve chosen your victim appropriately according to the advice above, this should be easy! Just explain how your victim failed to prevent you from acting terribly. She didn’t say “No” clearly enough. Okay, she did, but she was a real bitch about it. He didn’t go to the police when he should have. He didn’t fight back hard enough. That five-year-old’s clothes were too sexy. Remember: preventing you from doing something terrible is everyone’s responsibility but yours.

When all else fails, play the victim. Talk about how bad your childhood was. Tell them about how unpopular you were in high school. Tell them about your battle with substance abuse. Tell them you have a mental illness (or at least a mood disorder) that absolves you of responsibility for your misbehavior. If you have nothing else, talk about what a terrible burden it is to carry the guilt and shame that you brought upon yourself by your own heinous actions. Yes I threatened to put a cigarette out in that guy’s mouth but I have an anxiety disorder that sometimes makes it hard for me to handle social situations.

Don’t worry about your victim using this tactic. Actual victims are terrible at playing the victim.

Society loves people who play the victim, but it doesn’t like actual victims very much at all. They’re always flawed in some way — too weird, too promiscuous, too drunk, too ugly, too annoying, too something.

Actual victims’ traumas and inexperience and mental illnesses do not absolve them from responsibility for their inadvisable behavior. I don’t care if you have an anxiety disorder; you should have stood up for yourself.

If you’ve done all of the above, you should have no trouble mistreating people and getting away with it over and over again.

And if someone ever throws a spanner into the works and screws up your pattern, don’t worry. Just move to a new community and start over again.

(featured image via The LAMP)

10 Marvel Superheroes You May Not Know Had Queer Storylines
Teen Suicide Attempts Have Spiked Since Arkansas Banned Trans Health Care, Says Local Doctor
How the Middle East Moved From Tolerant of Homosexuality to a Battlefield of Anti-Gay Violence
Now That's What I Call Music: 12 Albums That Are Even Better When You're Stoned
English