How YA Dystopias Like ‘Insurgent’ Are Killing Teenage Film

Insurgent, the second film installment of the Divergent book trilogy, comes out this next Friday. It follows in the footsteps of other popular young adult (YA) dystopian films like The Hunger Games, The Maze Runner and The Giver, a film genre that waters down the teenage experience into boring generalities, according to our film and cultural critic Dave White.

Did you see The Giver? Probably not. It was a movie based on a popular “young adult” novel, and released at the end of summer 2014. It made only $45 million, which means that a few of you probably caught it while bored.

Its underperformance meant that nobody talked about it, nobody got excited about it and terrible, minimum-wage-denying big box retailers like Wal-Mart had no interest in a line of Giver-themed products like, say, PRO Beauty’s Twilight limited edition Sparkle Ceramic Ionic Blow Dryer, which was purple and had the word “TWILIGHT” stamped on it and was, at one point, an actual thing that actual idiots could purchase.

The Giver was about a teenage boy in a strictly controlled black-and-white future who sees color because that means his soul is more real and his wisdom is of the ages and his excellence cannot be contained. 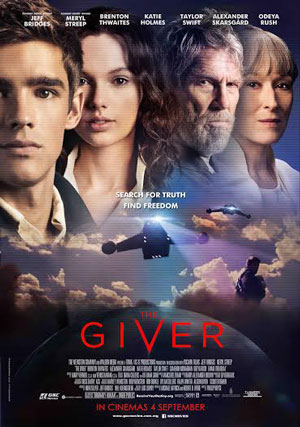 His mom, Katie Holmes, is always pursing her lips at him and nervously reminding him to use “precision of language” every time he accidentally slips up and blurts out the word “love.” Love, see, is a vague and pudding-ish concept about feelings that are outlawed in Black-N-Whiteland, a modern catalog layout where hologram-Meryl Streep runs the show and doles out jobs to young adults in the narrative equivalent of the Divergent ceremony, which itself is just a tarted-up Hogwartsian Sorting Hat.

This will not stand with the local teens, who need to be free of the constraints of a society built on a foundation of boring sameness. They need to speak imprecisely and wreck shit and love stuff with their waking-up genitals. If you’re a grown up, you watch The Giver and think, “Well, everything there is pretty clean and beautiful and peaceful and calm.” Well guess, what? Fuck you, because this is a film for tweens who aspire to be emotional teens someday who drive and steal beer.

Anyway, the boy runs away to live freely on a bike with a baby he’s going to raise in the wilderness where there’s no food. That’s how it ends. The Giver was supposed to be a big hit because it has pedigree. It was an O.G. YA novel from 1993 that they now force you to read in high school. That whole Sorting Hat/adulthood ceremony thing was more or less copied directly from that book.

And by the time it hit theaters it was the one that felt like a copy. All of that to say this: all these fucking movies are exactly the same. But they cost less to make than the superhero films and most of them make shitloads of money (sorry, except for you, The Giver). But the genre needs some to dump some dead clichés if it’s going to live. Here’s what needs to happen so audiences don’t start their own revolts against boring sameness. 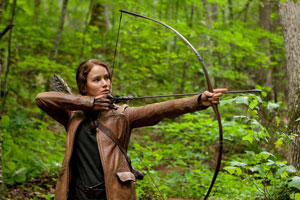 Voldemort and The Capitol and those robot bugs in The Maze Runner and whatever the damn problem is in Divergent — knock it off. Little bads are what drive adolescents to suicide. How about a movie about endless humiliation at the hands of a group of repulsive bullies under the spell of an evil algebra teacher in a school where all the funding was just cut by some asshole Republican congressman and there’s no more art class because the football team just got all the rest of the cash and the science textbooks were just re-written to include Creationism? Take that, robot bug! 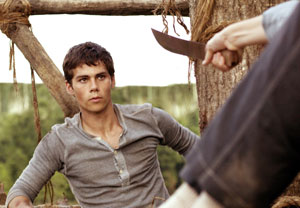 Your actual, real-life death will not be all that interesting. According to the Centers for Disease Control, over half of all teenage deaths are caused by accidents. As in, you fell off a tall ledge you climbed on a dare and bonked your head too hard on a bicycle rack and now you’re dead. But according to YA films, your death will be as a sacrifice for a greater good, like in The Hunger Games or The Maze Runner; or you will – even better and more luxuriously – visit Europe for the sake of literature and compose your own eulogy like in The Fault In Our Stars;  or you’ll linger in a thoughtful coma until you decide if your hot boyfriend is worthy enough for you to choose life, like in If I Stay. It’s the ultimate mortality jack-off fantasy. You’re better off listening to The Smiths and watching Ordinary People over and over. At least Timothy Hutton got his shit together at the end of that one.

Teenagers wind up leading entire armies in these films. It’s how movie corporations brainwash you into an adulthood where you accept endless wars for oil bankrolled by your taxes, by convincing you that the wars are fought for “freedom” — morally acceptable freedom just like in the YA films! When was the last time you saw a movie where a teenager fought for peace in an environment built for war? Answer: How to Train Your Dragon 2. All the 8-year-olds you know love it. 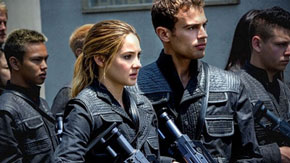 The YA genre requires its protagonist to have a special skill or intuitive ability, such as the above-mentioned bow-and-arrowing, or running in a maze, or the qualities of an ultra-wizard, or magic eyeballs that see in colors nobody else enjoys, or wisdom-cancer, or coma resistance powers, or the ability to make a sexy vampire and a sexy werewolf want to fuck you, but not in a three-way because that would make them gay and there are no gay kids in the specialness world. Or you could be the girl in Divergent who has all the Breakfast Club powers at once and is simultaneously a jock, a princess, a criminal, a basket case and a brain.

Movies about teenagers are not the same thing as YA movies. Movies about teenagers can be beautiful, heartbreaking, definitive, cinematic experiences. And we’re losing movies about teenagers. Ghost World, Over The Edge, Our Song, We Are The Best!, Heathers, The Perks of Being A Wallflower, Roll Bounce, The Last American Virgin, Welcome to The Dollhouse, Camp, Boyz N The Hood, ATL, Raising Victor Vargas, A Little Romance, The River’s Edge, Rushmore, Beautiful Thing, all those John Hughes films. Real kids in real scenarios. They’re taking a back seat when they should be driving, or struggling to get by, or worrying about love, or entering a rollerskating dance contest, or plotting to blow up their school. Anything but another apocalypse.

The Chinese Government Is Committed to Erasing LGBTQ People. Here Are 5 Ways It's Succeeding.
These 10 Films of the Last 20 Years Have Our All-Time Favorite Gay Sex Scenes
This Queer Communist From Kentucky Radicalized the Male Body In His Art
The 4 Non Blondes' 1992 Hit 'What's Up?' Has Since Become a Queer Anthem
English