I Spent Several Hours On Facegloria, The Christian Facebook

Written by Terri Washington on August 31, 2015
Be first to like this.

It seems as if a new social networking site pops up every day but Facegloria takes the cake on being the tamest and most snooze-worthy in recent years. Facegloria is a Christian-based version of Facebook (currently available only in Portuguese) that serves as a “Christian communication tool” for “people who want to preserve the principles of family, morality, and the respect among users that share the same faith, ideas and other activities.” Ugh. Does it at least have a Christian-Portuguese version of Candy Crush? 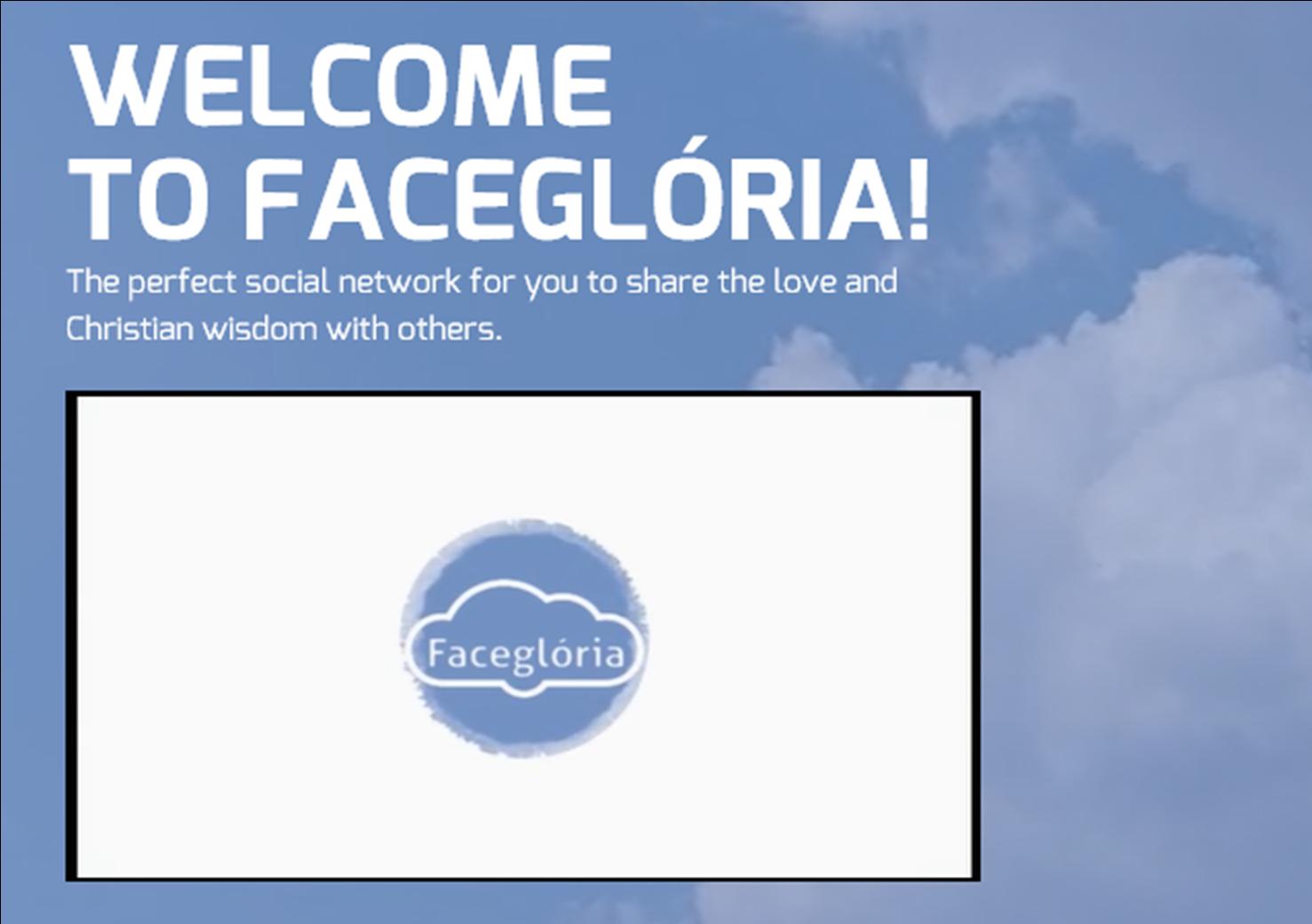 “On Facebook you see a lot of violence and pornography,” Facegloria designer Atilla Barros said. “That’s why we thought of creating a network where we could talk about God, love and to spread his word,”

There are no “likes” and “thumbs ups” in the world of Facegloria, just an “Amen” button to show support between users. People also regularly post the same animated GIF of two hands clapping with the words “Very good! Before the throne,” written below it.

Facegloria looks and feels like Facebook with the exception of its holy background. Facebook actually sent a cease and desist letter to Facegloria warning that the comany is infringing on its trademark, but so far the site is still online, thank God(?).

Facegloria truly is the watered-down version of Facebook but with no games. You have the option of chatting with people, updating your status and sharing photos but that’s about it. Most of what is shared is similar to that of Facebook; pictures of people’s families, quotes and the occasional event information but all with a “holy” theme that’s as exciting as your average hymnal.

Facegloria is based solely in Brazil and is currently only available in Portuguese but they’re looking to expand their platform and integrate more language options.

Facebook and Facegloria share content algorithms in that people choose what content they want to see by following/friending people who share the same beliefs. Unlike Facebook, Facegloria doesn’t give users the option to expand their reach to people with different values. We should rejoice that religious people (especially any who preach on the sin of homosexuality) have a place to cloister, but they’re also choosing to miss an opportunity to interact with a wide variety of people and opinions, especially those that might most challenge their faith and make it stronger.

Marti Cummings, the NYC Queen Running for City Council, on the Intersectionality of Pride and the Political
We're Loving the Work of These Gay Embroidery Artists
In 1984, This Local Coalition Took the Safety of NYC's Gay Bathhouses Into Its Own Hands
Kaohsiung Pride Makes Bid To Host WorldPride 2025 in Taiwan
English