If You Like Black Jesus You Will Love These Paintings

Written by Daniel Villarreal on March 1, 2015
Be first to like this.

Perhaps Kehinde Wiley got tired of the endless portraits of White people hanging in museums across America. In New York’s Metropolitan Museum of Art (or any art museum, really) you’ll see tons of stodgy white aristocrats and historic heroes; Napoleon sitting upon his horse and the like. Seen enough times, the message becomes clear: throughout history, Black people have either been considered not worthy of portraiture or remained subject to white artists’ interpretation.

So instead, Wiley — an African-American artist — began asking Black men and women from Harlem, Dakar, Brazil, France, Jamaica and Haiti (all places with histories of colonialism or slavery) to choose famous White portraits out of art history books and recreate their poses while he photographed them. He then painted and titled his contemporary reinterpretations after the works that inspired them.

Take the 2008 painting above, for example. It’s titled “Femme piquée par un serpent,” after an 1847 sculpture of a woman writhing after a snakebite. The sculpture scandalized the hoity-toity Salon de Paris with its use of a plaster cast molded from a live nude model. Her inexpressive face ignored the viewer, her body vulnerable before the audience.

Wiley’s work, in contrast, scandalizes the audience by presenting a man instead of a woman, his body mostly hidden by baggy jeans, a t-shirt and hoodie. He’s not particularly vulnerable, pained or subject to the audience’s gaze. Instead, he stares plainly at the viewer, erotically revealing a pair of briefs as he reclines against a backdrop of fallen blossoms. He may have been bitten by a serpent, but we are the ones in his coils.

In many of Wiley’s paintings, the floral backgrounds pop out into the foreground, and that’s precisely his point — Black people have been treated as background for far too long. By posing contemporary Black folks in classically styled paintings and sculptures, he refuses to let art history stay a “Whites only” space, asserting Black power and beauty in the foreground where the art world can no longer ignore it. 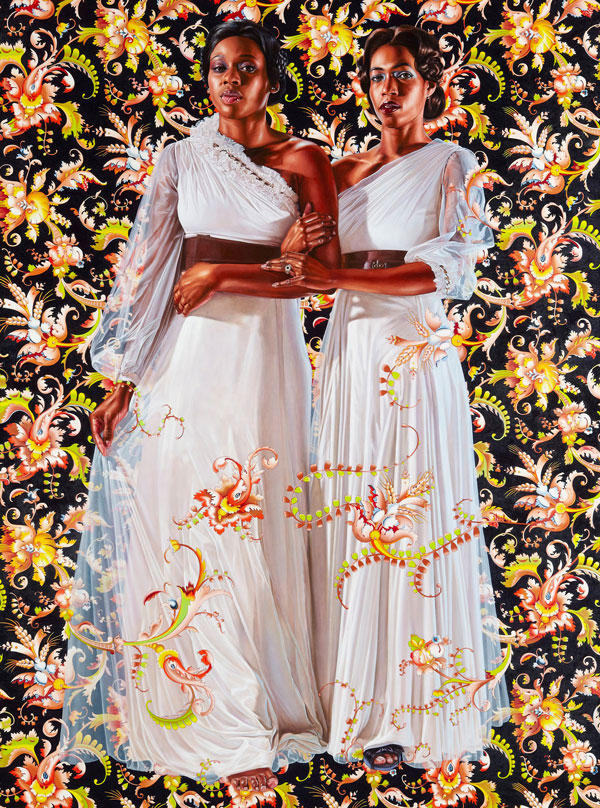 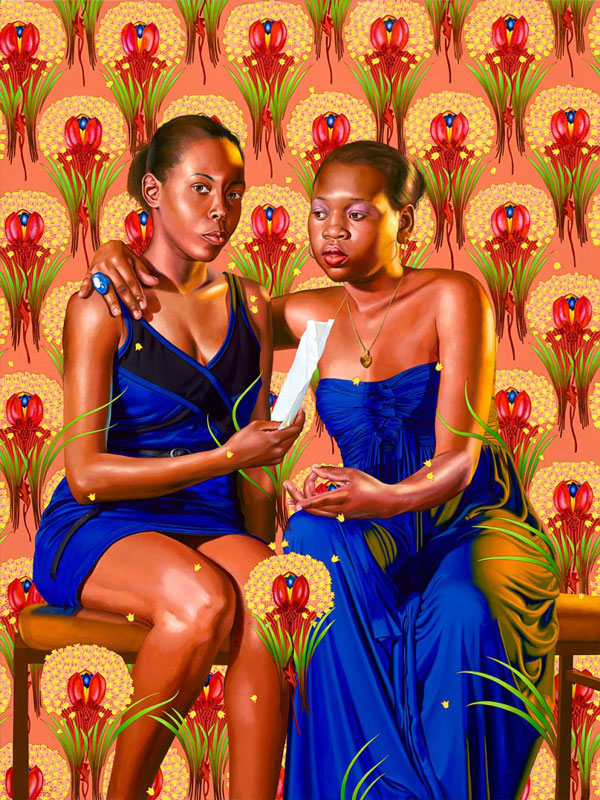 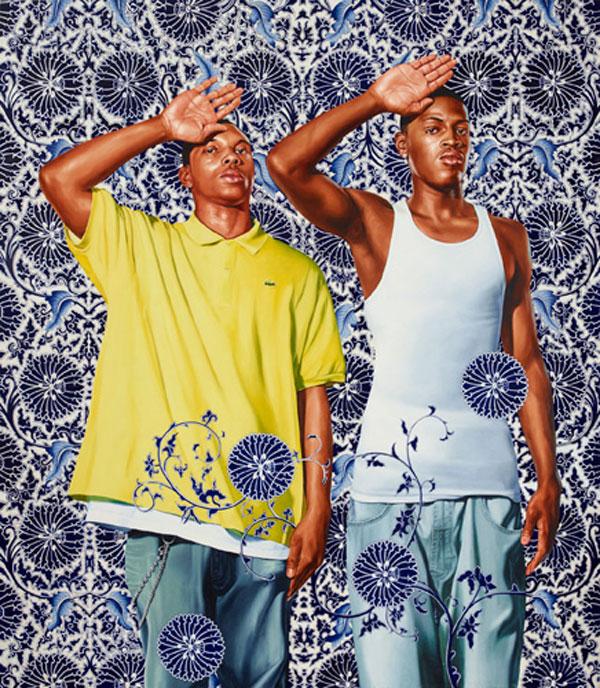 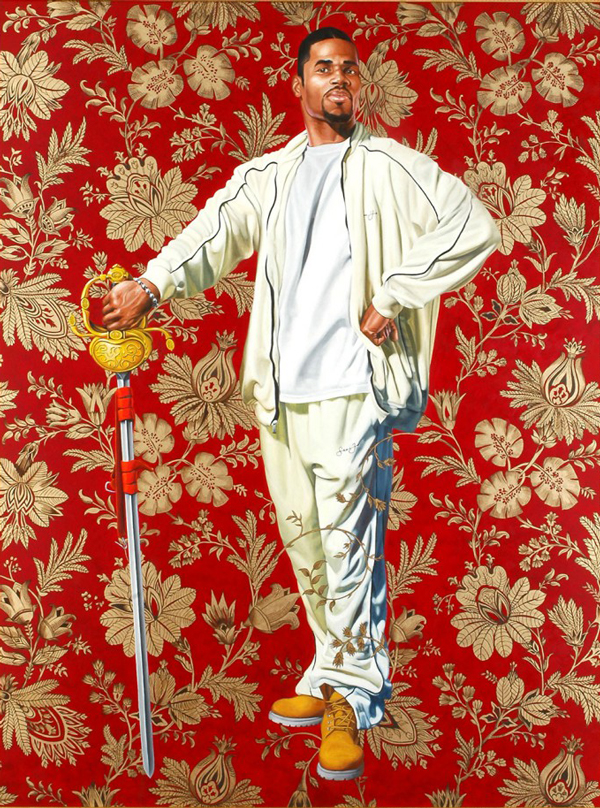 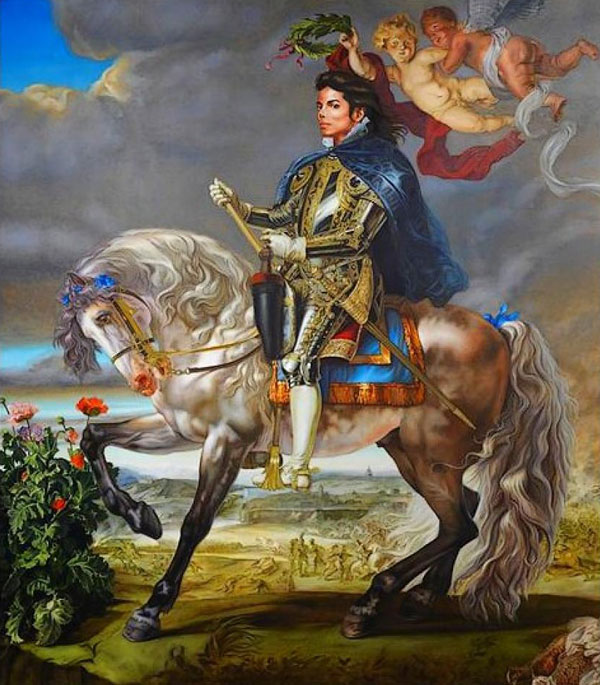 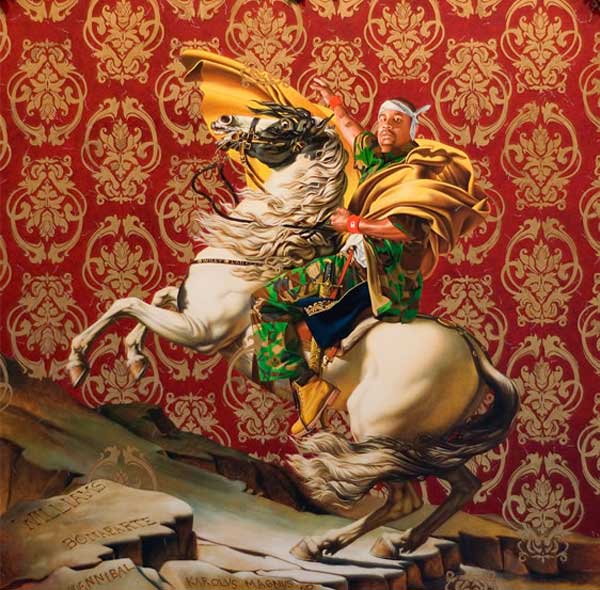 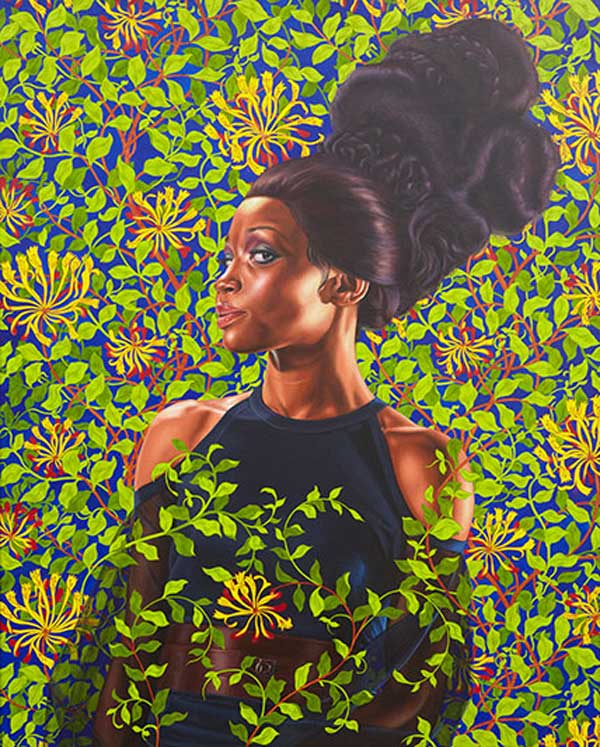 Our Roundup of Films Where Bisexuals Aren't Portrayed as Villainous, Confused Creeps
These 29 Fictional Characters Encourage Us All to Embrace Our Femme Selves
Cosplay Queen Dax ExclamationPoint Talks Us Through Her 5 Favorite Past Looks
New York's Hottest Party, Trish, Celebrates Its One-Year Anniversary Tonight
English