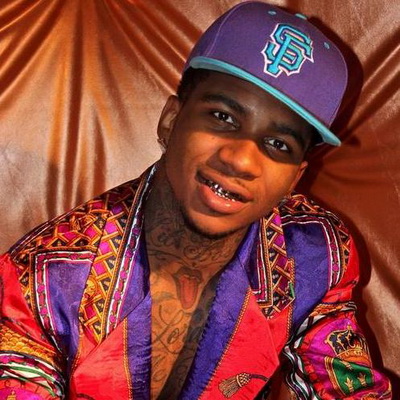 We told you earlier in the week about the (bi)curious case of Lil’ B, the straight rapper who named his upcoming album “I’m Gay.” If you squint at the screen and read B’s announcement upside down with sunglasses on, it’s sort of like a modern update on Shakespeare’s famous line from Romeo & Juliet, “What’s in a name? That which we call a rose by any other name would smell as sweet.”

“I’m gonna do the most controversial thing in hip-hop. Ya’ll heard it first. And I’mma just show you that words don’t mean shit. I’mma make an album called ‘I’m Gay’ right. Now I’mma tell you why I’m the first person to do it in hip-hop and why you’re the first people to know my reasons.

I’m just gonna tell you. So many people be worried about what people mean and definitions of words and shit…Now I like women, I love women, you feel me. But within yourselves, no matter what you do, it doesn’t matter, it’s like live life. You’ve only got one life to live. Be happy.”

Aha. I see. Somewhere in there, he DOES have a point. A point not everyone in the hip-hop community is receptive to.

Chicago GoPride can take it from here:

Brandon McCartney, the 23-year-old Berkley, California-based rapper better as Lil B, said he’s received a less-than-friendly response from fans and the Hip Hop industry to his decision to name his new album, ‘I’m Gay.’

Lil B later explained the title did not define his sexual preference, but rather brings into relevance the influence of words, but in an industry filled with homophobia the rapper says the response has been mostly negative.

“People been hitting me up like, ‘I’m gonna bash your head in,’ ‘you faggot,’ ‘I’m gonna kill you,’ ” said Lil B in an interview with MTV News as he drove to a show at the Mezzanine in San Francisco.

After his announcement last weekend, fans were left wondering if Lil B’s controversial album title was a publicity stunt or declaration. The Gay and Lesbian Alliance Against Defamation (GLAAD) responded with skepticism, yet hope that the rapper actually considers himself as an ally to the LGBT community.

“I got major love for the gay and lesbian community and I just want to push less separation and that’s why I’m doing it,” Lil B told MTV in response to GLAAD’s statement. “I hope GLAAD sees that I’m taking initial steps to break barriers.”

Just what has everyone so puzzled about Lil’ B? Maybe things like this:

In any case, stop threatening to kill each other. Yes, YOU. You reading this right now. My fingers go numb from deleting all of the comments from folks threatening violence on one another on this site and our Facebook page. Someone having a dissenting opinion from you does not make it OK for you to order them to Hell or flippantly wish harm upon them. So just stop. Be the change you wish to see in the world.

This All-Queer 'Legally Blonde' Table Read Celebrates Pride Month and the Film's 20th Anniversary
Was James Buchanan the First Gay U.S. President, and Have There Been More?
Maricón and Proud: How I Reclaimed the Word That Tormented My Childhood
If You're Drinking to Overcome Social Anxiety, Try These 3 Tips From Our Psychologist
English