“Next time you see me in the club, don’t forget the buttplug. Six color click, come holla at a real thug.” Uh…noted.

Just because we’re scared of half the gay rappers in hip-hop’s answer to Born This Way, doesn’t mean that Imma Homo isn’t the most ridiculously badass jam ever recorded. In all seriousness, we didn’t even realize there were this many gay rappers in the world.

Up until now I thought it was just me doing Ja Rule in suburban karaoke bars. (It’s Murdaaaaa!) 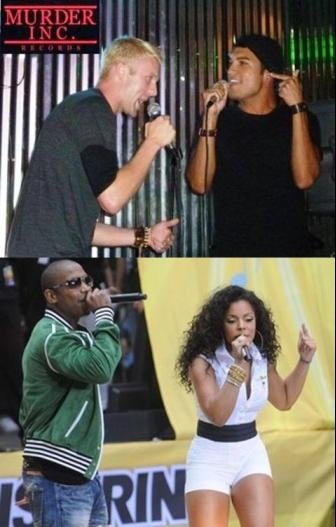 Our favorite in the video is Jay Squared, obvi. She ain’t no Mary Poppins, but she be cherry-poppin’ ain’t she aint gonna be stoppin’ til she buried in a coffin. Fun!

The girls from “Yeah I’m Gay” seriously need to step up their game. Consider yourselves on shout, y’all!

Who’s your favorite gay rapper in this straight up amazing rap crew? And no calling Jay Squared. She’s all ours.