INFOGRAPHIC: Non-Monogamous Lesbians And Bi Women Are Kinkier… And More!

Written by Daniel Villarreal on June 12, 2015
Be first to like this. 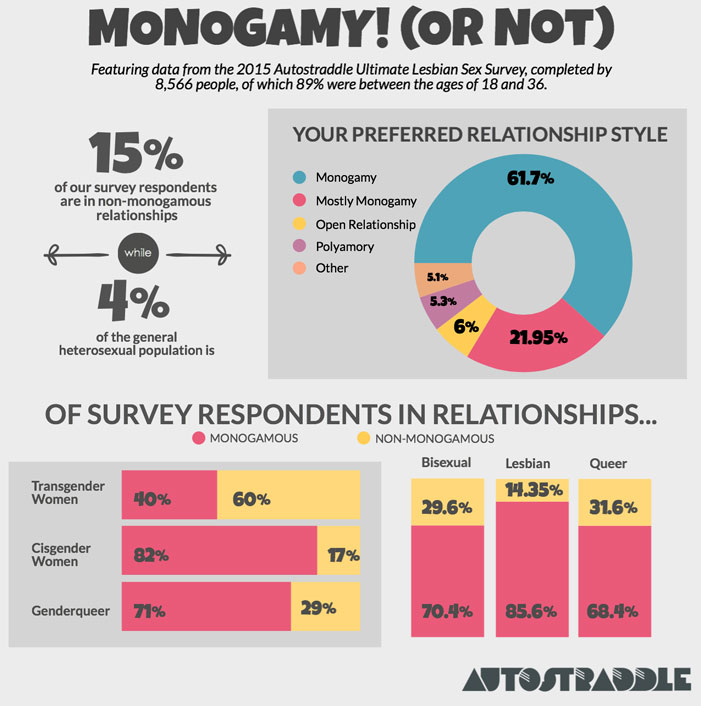 The queer womens’ blog Autostraddle recently released the results of their Ultimate Lesbian Sex Survey, providing an in-depth look at the sexual and relationship habits of 8,566 readers mostly between the ages of 18 and 36. We put their infographics below, but it turns out that a majority of respondents preferred monogamy to non-monogamy (by 85 to 15 percent).

Perhaps most interestingly, Autostraddle takes a look at self-identified monogamists who say they’re happiest in non-monogamous relationships and vice-versa. 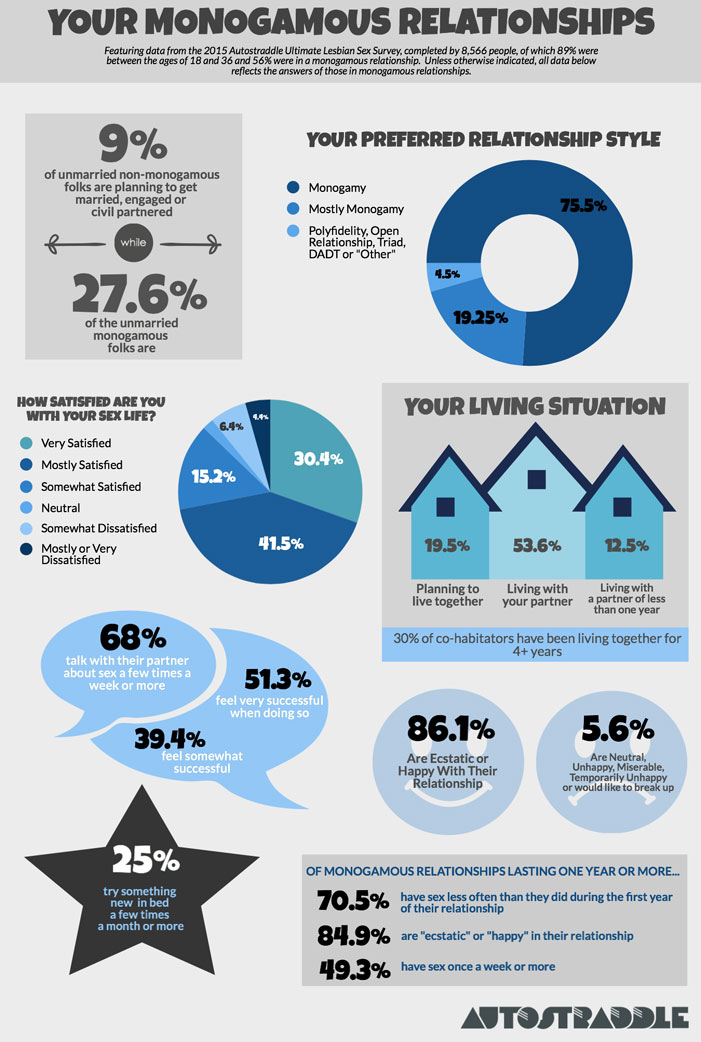 Of the 4.5 percent of people who self-identify as monogamous but say they’re happiest in non-monogamous relationships, a majority of  lived together, were married, engaged or civil partnered, leading Autostraddle to conclude that “for a majority of these women, non-monogamy isn’t necessarily a relationship style they prefer, but [they] are presently sacrificing for their partner’s sake.” 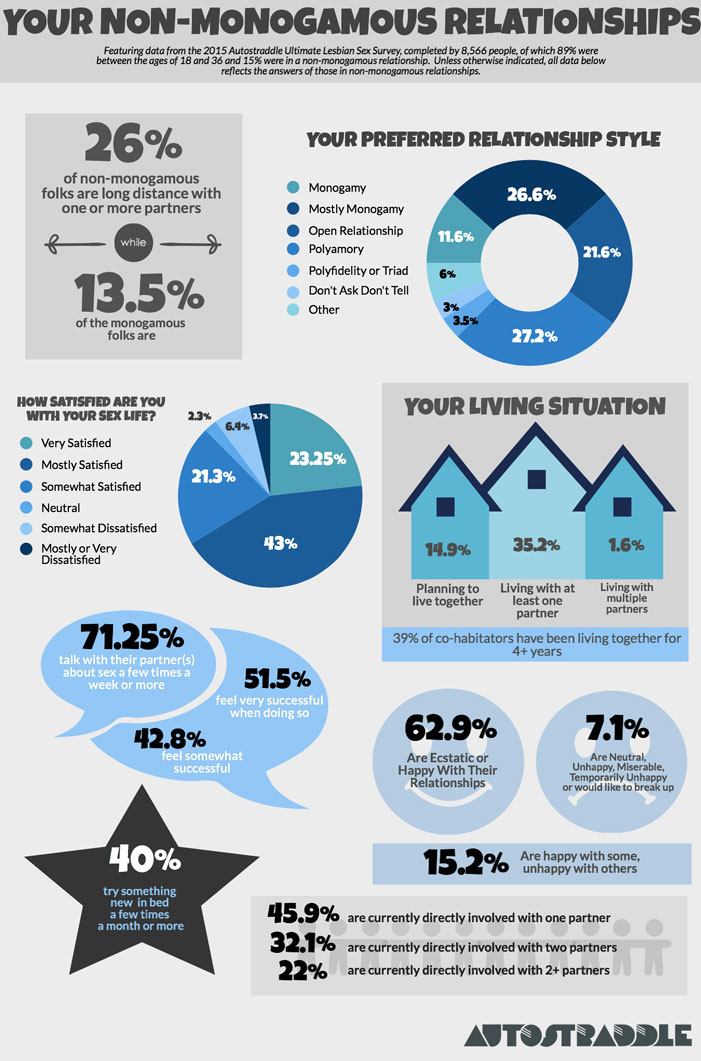 Of the 11.6 percent of people who self-identify as non-monogamous but say they’re happiest in monogamous relationships, a majority were in relationships barely 6 months to a year old and many reported wanting to find a deeper emotional and sexual connection with one partner rather than an open arrangement with multiple partners.

F*ck Love: We've Singled Out Some of the Best Valentine's Day Gifts ... For Yourself
The Strange Tale of Leo Koury, 'Godfather of the Gay Community' in Richmond, Virginia
Behold: The Greatest, Most Vicious Book Review Ever Published
We've Compiled the Sexiest Depictions of Satan From Art and Pop Culture
English