Written by Daniel Villarreal on June 15, 2017
Be first to like this.

Yesterday was International Bath Day, a completely random and arbitrary holiday that was probably made-up by the shadowy, zillion-dollar bathtub industrial complex. Those plutocratic bath-ists probably forced it onto the calendar as a way of tricking us into buying expensive clawfoot tubs, froo-froo bath bombs, sugar scrubs and literally pouring our hard-earned money down the drain.

Okay, okay… the holiday is actually intended as a way to encourage parents to play with their kids in the tub (which, according to our research on sploshing is actually a way of increasing intelligence), but we’re going to belatedly mark the holiday (just like we did with Naked Gardening Day) by sharing a bunch of sexy shots of naked men because why not.

But we’re not just about hygiene and nudity! We’re also going to learn you some knowledge about bathing after the gallery below (because brains and bubbles go great together).

And since the body interprets water as an unfamiliar non-solid, playing in the tub can help the nervous system become more comfortable with processing unexpected information.

Bathing culture has a long and interesting international history

The world’s oldest public bath (the “Great Bath”) was built in the lost city of Mohenjo-daro in the Indus Valley sometime around 2500 BC. Historians believe the bath was part of a temple and associated with religious rites now known as “ablutions” (that is, a formal or ceremonial washing).

In 300 BC, the Romans introduced the public baths, an egalitarian place where laborers and upper class citizens could gather and socialize. The Roman baths eventually spread into Turkey by 600 AD, creating the Turkish baths (hammams) which exist today. Around 500 AD, Japanese people began to enjoy onsen, natural hot springs common on the volcanic islands, and the Russians began enjoying banya around 900 AD — both onsen and banya still exist today.

Of course, there’s also the Korean jimjilbangs, Finnish saunas and the American spa or bathhouse where one can enjoy a steam room and maybe even a little action, if it’s a gay sex space. 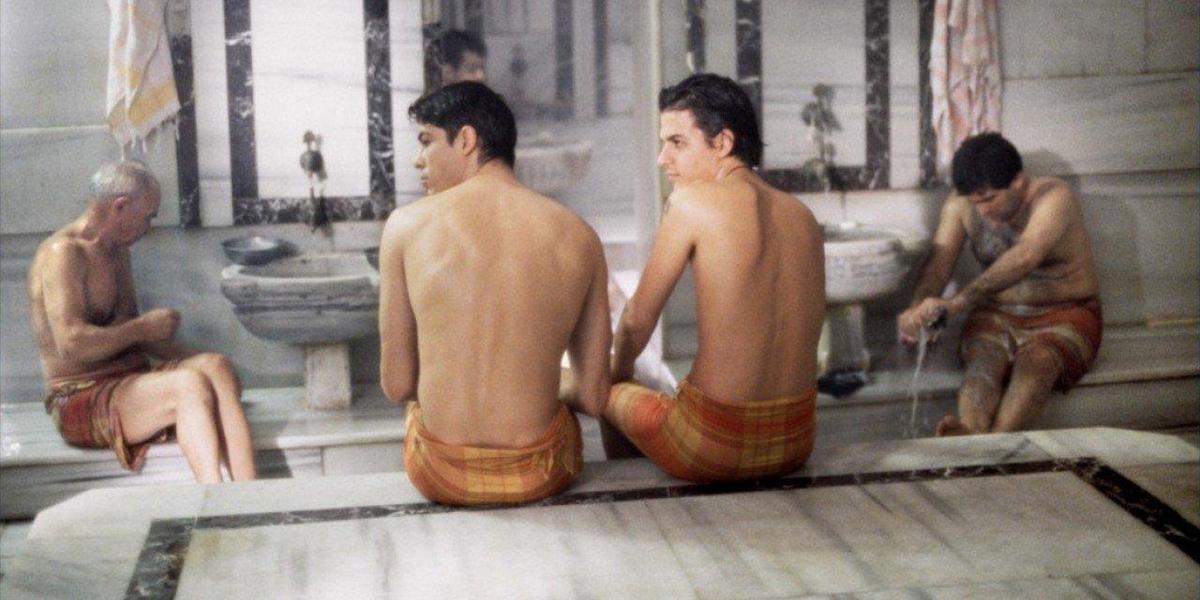 Hamam, Or Turkish Baths, Are a Great Place For Gay Men to Relax and Meet Others