Written by Daniel Villarreal on August 14, 2017
Be first to like this.

Apple computer products have a feature called “AirDrop” which lets close and connected devices quickly share files. It’s pretty great when you need to share music or work files with friends and co-workers, but it’s not so great when some random exhibitionist AirDrops unsolicited penis pics to your phone on public transportation, like what’s happening in New York City.

According to The New York Post, women and men (but mostly women) riding the subway have started receiving anonymous men’s penis pics while on the trains.

A 35-year-old Harlem resident named Frankie Navisch had just stepped off of his train at Penn Station when he received an invitation to open “Eduardo’s picture.” After he accepted the invite, he saw a thumbnail preview of a penis, presumably Eduardo’s.

Navisch said, “I wanted to punch him in the mouth for carelessly buckshotting genitalia to phones that could potentially be owned by children. Was he looking for interaction, or is all he wanted was someone to look at his mini-monstrosity?”

Navisch has a point. A 2014 tech survey estimated that up to 60% of U.S. teens own iPhones. Sending such explicit photos could violate obscenity and child delinquency laws.

If an iPhone user has their local Bluetooth network activated and their AirDrop settings set to receive files from “everyone” (a setting that people can have activated without their knowledge), then random strangers within a 328-foot Bluetooth range can share images. People who get share invites may accept them, thinking they’re from a friend, only to get digitally flashed.

Another 28-year-old New York resident, Britta Carlson, received one such invitation while riding uptown to a concert on the 6 train. The message read, “iPhone 1 would like to share a note with you.” The note was inoffensively titled “Straw,” but when she accepted the message, it turned out to be “a huge close-up picture of a disgusting penis,” according to Carlson.

What’s creepy is that whoever shared the image was presumably riding the same train as her. She clutched the phone to her chest and looked around to find the culprit, but couldn’t identify the anonymous sender.

Some people consider it bad form to send unsolicited penis pics on gay dating apps. But when the pics just arrive out of nowhere, completely outside the context of an online flirting app, that’s sexual harassment.

And while Apple declined to comment on the New York Post‘s story, the Post reported that the same thing has happened on London’s public transportation system. Perhaps Apple will need to educate its customers on how to change their AirDrop settings to prevent such incidents.

Featured image by RapidEye via iStock 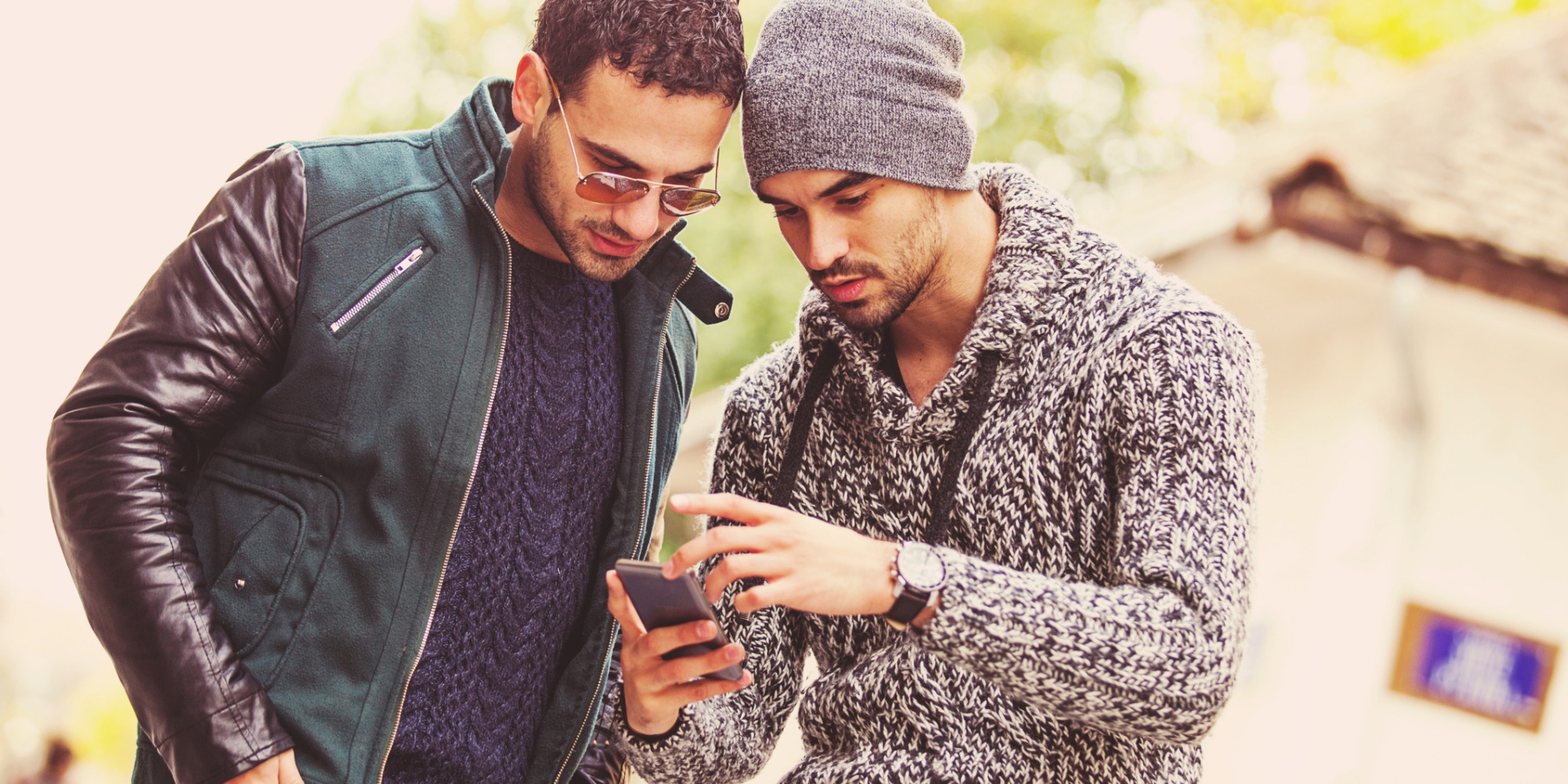