James Franco Admits To His Straight Self That He Is Gay

Written by Daniel Villarreal on March 28, 2016
Be first to like this.

James Franco knows gay guys talk shit about him being a fauxmosexual cocktease who profits off the gay community by playing gay in films and then refuses to give up the D when REAL homos hit on him at bars. He feels your angst.

So he’s finally admitted that he is gay… just “gay in his art.” Allow us to explain… 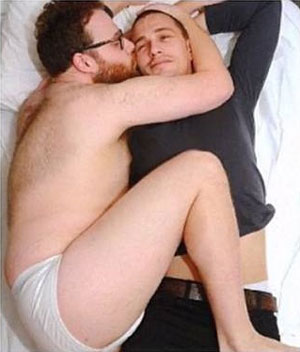 In an arty-farty self-interview with Dot429.com, straight James Franco interviews gay James Franco about why the hell he does so many gay film projects like Milk, Howl, The Broken Tower, Interior. Leather Bar., and his floppy-penis gay-bashing 2009 student short “The Feast of Stephen.”

Let’s sidestep his whole annoying “straight white guy as art-savior of the gay community” schtick (for now) and admit that he’s a fine actor even if his gay work feels “gay-for-pay” and quasi-pandering. What other mainstream actor has dabbled so frequently in gayness? Plus, he’s actually lost some advertising gigs because of his gay work, so it’s not all pandering and pink dollars for Franco. 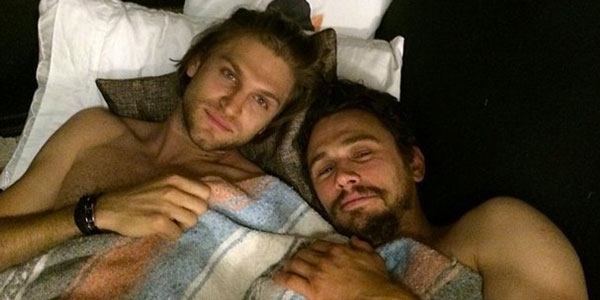 Anyway, we pulled out the five gayest moments from gay James Franco’s interview with straight James Franco interview and peppered it with images of him being gay because, c’mon, you know it turns you on just a little bit.

Straight James (SJ) and Gay James (GJ) get right to it…

SJ: OK, so, good place to start. Let’s get substantial: are you fucking gay or what?

GJ: Well, I like to think that I’m gay in my art and straight in my life. Although, I’m also gay in my life up to the point of intercourse, and then you could say I’m straight. So I guess it depends on how you define gay. If it means whom you have sex with, I guess I’m straight. In the twenties and thirties, they used to define homosexuality by how you acted and not by whom you slept with. Sailors would fuck guys all the time, but as long as they behaved in masculine ways, they weren’t considered gay. 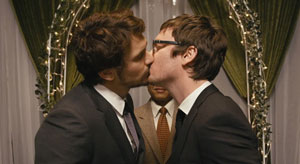 SJ: What’s up with that? Well, I wanted those scenes to be explicit, for two reasons. One, I knew that Crane was a openly gay man in a time when that was rare, and he was so up front about it he scared his more conservative poetry friends, so those scenes were a way to parallel the in-your-face nature of Crane’s own sexuality. I also knew that the movie was going to be full of dense poetry, so I wanted to break it up a bit with some hot sex. 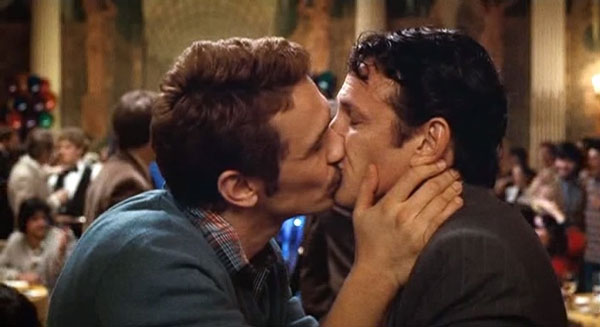 Then Straight James starts exoticizing the gay mystique, talking about how being perceived as gay gives him a shield from critical scrutiny. Who knew? Some of us are still trying to benefit off passing for straight, and he’s busy doing the opposite, the queer.

GJ: Do you want people to think you’re gay? Wouldn’t it be a good thing if you were just a straight dude, like Ryan Gosling, just straight and cool?

SJ: Why would you say that it was a good thing that people would consider me straight? I actually like it when people think I’m gay; it’s a great shield. Like the guy in Shampoo or the play that Shampoo is based on, The Country Wife by Wycherley.

GJ: What do you mean? You want to be able to go around screwing other people’s wives by pretending to be gay?

SJ: No. I guess I mean that I like my queer public persona. I like that it’s so hard to define me and that people always have to guess about me. They don’t know what the hell is up with me, and that’s great. Not that I do what I do to confuse people, but as long as they are confused, I get time to play. 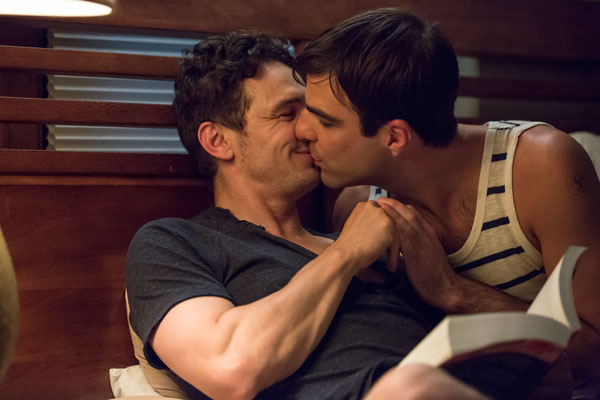 Penultimately, Gay James tries to get Straight James to finally fuck a dude. Predictably, Straight James gets all arty and philosophical about it instead of just throwing his ankles around his ears like a real artist would.

GJ: Maybe if you just fucked a guy, you’d get over all this exoticizing of gay lifestyles?

SJ: Maybe sex with a guy would change things, but I doubt it. Like I said, I’m gay in my art. Or, I should say, queer in my art. And I’m not this way for political reasons, although sometimes it becomes political, like when I voted for same-sex marriage, etc. But what it’s really about is making queer art that destabilizes engrained ways of being, art that challenges hegemonic thinking.

Seeing no other out, Straight and Gay James finally go for it:

SJ: Shit, I’d love to fuck you. Would that make me gay?

GJ: You jerk me off all the time.

So see? James Franco HAS been with a dude. Just turns out that the dude is himself. So art! Now enjoy this video of James making out with himself in the mirror alongside his semi-nude Christmas card with Seth Rogen. And if you want to read the entire interview, check it out at Dot429. You’re welcome. 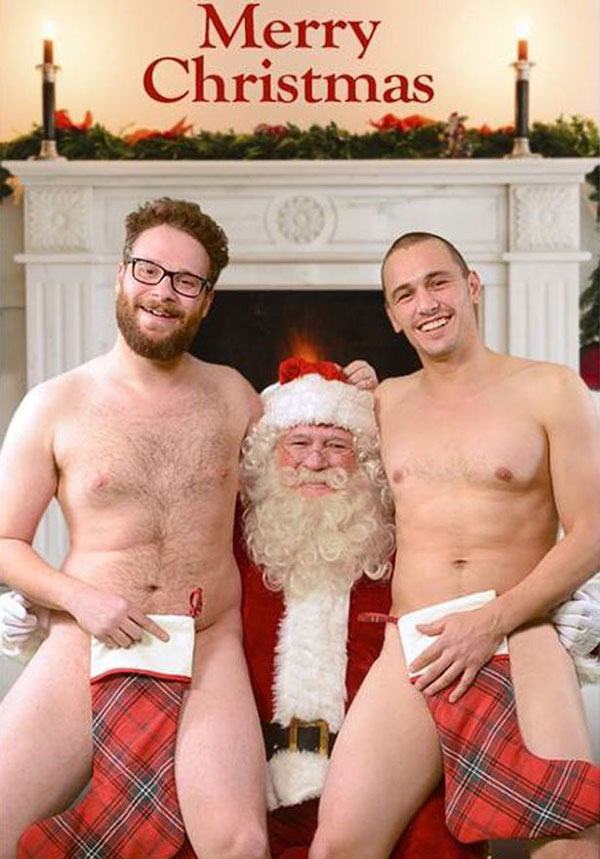