Joe Jonas: I’m Not Gay; Everyone Else: We Don’t Care Anymore 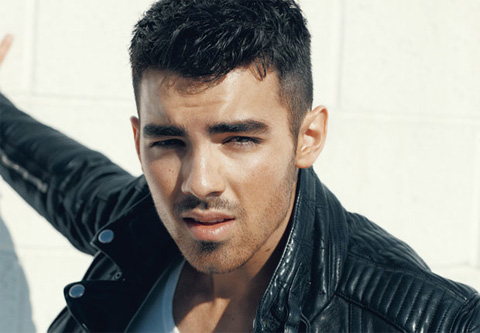 Joe Jonas is the April coverboy of Details Magazine, for some reason. No seriously, we’re really not sure why he is on the cover of a men’s magazine with a primarily heterosexual twenty to thirty-something readership. Bradley Cooper, yes. Usher or Justin Timberlake even, why not? Any of the Jonas Brothers, no. I’m sure he’s a very nice young man, but he doesn’t exactly make straight men run out to buy magazines.

Anyway, in the course of his interview Jonas reveals that now that he is no longer living under the same roof as his former evangelical preacher father, he has broken his vow to abstain from alcohol and removed his purity ring, which signified his decision to remain a virgin until marriage. Oh snap! A 21-year-old is boozin’ and chasing skirts! 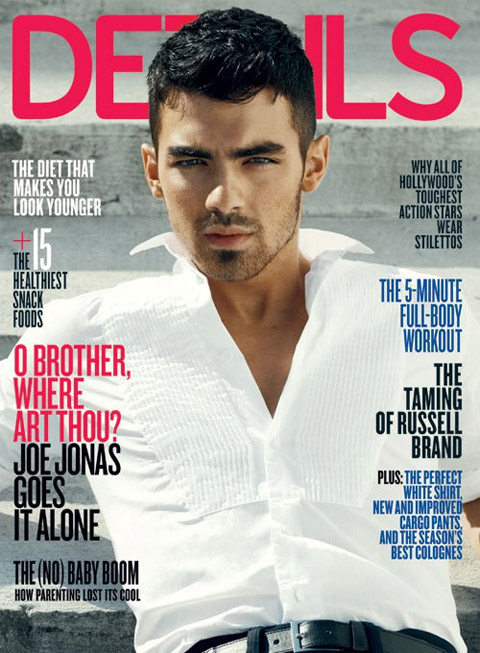 The gay rumors get addressed eventually too:

He won’t say whether his album will contain a Swift rebuttal—just that there will be songs about “different love scenarios that I’ve been through, breakups, hurts. Me hurting somebody and feeling bad about it. I think there’s a lot of scenarios where people might wanna hear my side of the story.”

But who would break up with Joe?

It’s a nod to the gay rumors he’s been fending off ever since he got into a verbal altercation with some taunting paparazzi earlier this year. “There’s nothing wrong with being gay,” he says now, “but I’m not.” Adding to the buzz, he dressed up in a leotard and heels and danced to “Single Ladies”—to comic effect—to square a sports bet with some buddies. He got the idea from his fans. The video of his performance got more than 25 million hits on YouTube.

But he really did have his heart broken; it was about two years ago, and the young woman was someone in the entertainment world. “I won’t say her name,” Joe says. “But I was in a relationship, and we tried to work things out, and she, you know—I was really upset because she—she broke up with me.” A sadness lingers in his voice.

We wish him the best. We’re just a little annoyed that we had to read an entire interview with him about absolutely nothing.

Any Jonas fans out there?