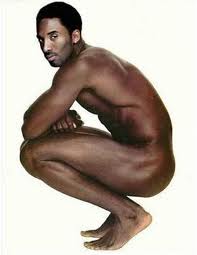 Why is it that public figures don’t simply say “I’m sorry” when they do something detestable?

Kobe Bryant was fined $100,000 for calling a referee a “f*cking f*ggot” in a game this week, and has decided to appeal the fine which he calls “protypical protocol.”

However, in a radio interview with ESPN, Kobe does not just come out and simple say “sorry.” He beats around the bush, and says things that sound good, like:

Kobe – why can’t you just apologize? Regardless of if you were “in the moment”, and “in the emotions of the game,” and “having those outbursts,” this is NOT “completely normal.”

You cannot just throw around the word f*aggot, and then say that you were in the heat of the moment and that you didn’t mean it like that! What other way is there to mean it? There is no excuse to use that word – none whatsover – and you should have immediately apologized. Saying that you “gotta own up” is not the same as actually owning up.

Apologize directly, and show your fans and followers that you are taking responsibility for your actions and not just talking words that sound nice.

You can hear the full segment from TMZ, originally aired on ESPN Radio.

Do you think Kobe’s ‘apology’ was enough?

Video of the incident:

The Berlin-Set Film 'Boy Meets Boy' Is an Authentically Queer Tale of Hookup Culture
We're Celebrating Dolly Parton's Birthday With 5 of Her Most Brilliant Covers
We've Found the Perfect Gifts for Any Occasion, and They're From Pansy Ass Ceramics
Survey Finds Most Men Would Choose to Die a Full Decade Early Rather Than Go Vegetarian
English