Everything You Need to Know About L.A. Pride’s #ResistMarch 2017

Written by Daniel Villarreal on May 31, 2017
Be first to like this.

This year, instead of its usual parade, L.A. Pride is holding the #ResistMarch as a way of uniting the city’s diverse LGBTQ and activist communities. It’s going to be an event different from any other Pride march you’ve attended, which is why we’ve included it our list of 10 LGBTQ Pride celebrations worth traveling to in 2017.

In preparation for L.A.’s #ResistMarch, here are all the details you need to know.

Instead of a Pride Parade meant to celebrate past progress, #ResistMarch will be a gathering to ensure our future. Inspired by both 1970’s first LGBTQ Pride event and the recent Women’s March, Brian Pendleton, #ResistMarch founder and organizer, sought to march in unity with those who believe America’s strength is its diversity. And not just LGBTQ people but all Americans and dreamers, wrapped in the rainbow flag with unique, diverse, intersectional voices gathering together.

When is the march?

The march takes place on Sunday, June 11, 2017. Spectators are instructed to gather at the Hollywood & Highland shopping complex at 8 a.m. The opening ceremony will begin at 9 a.m., and the march will begin around 9:30–10 a.m.. The main stage performances will begin around noon.

Where is the march?

Whether you’ll be using public transportation or your own vehicle to get to the march, organizers have suggestions about the easiest ways to arrive and depart.

In addition to the individuals above, the #ResistMarch has also attracted the support of corporations like the Hollywood and West Hollywood Chamber of Commerce and gay bars The Abbey and Micky’s, plus a diverse array of community organizations including Equality California, the ACLU of Southern California, Lambda Legal, GLAAD, The Trevor Project, the Trans Chorus of Los Angeles, ACT UP / LA, Lambda Literary, the Tweakers Project and tons more.

Plus, as the march is taking place on the Sunday of L.A. Pride, after the march musicians including Brandy, Chromeo, Young M.A., Brooke Candy, iLoveMakonnen, Tish Hyman, Jesse Montana and Erika Jayne will perform!

We’ll see you there! 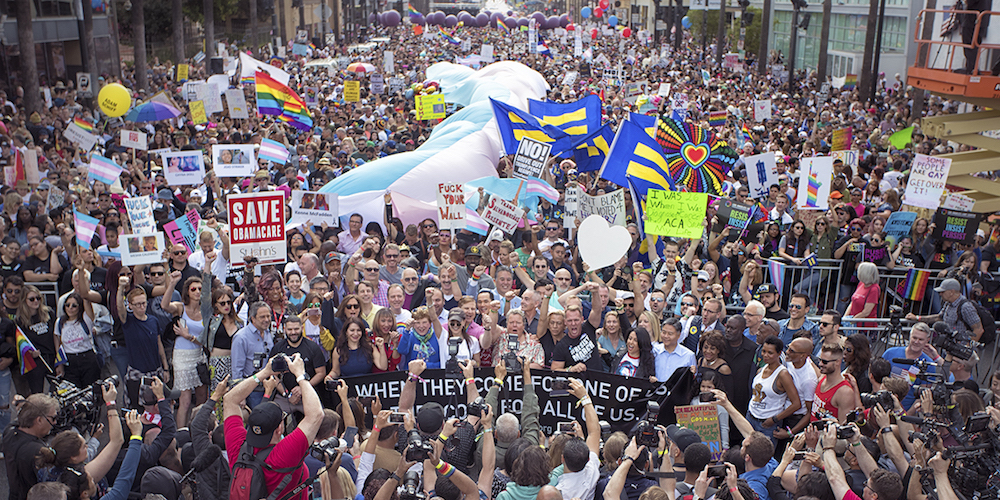 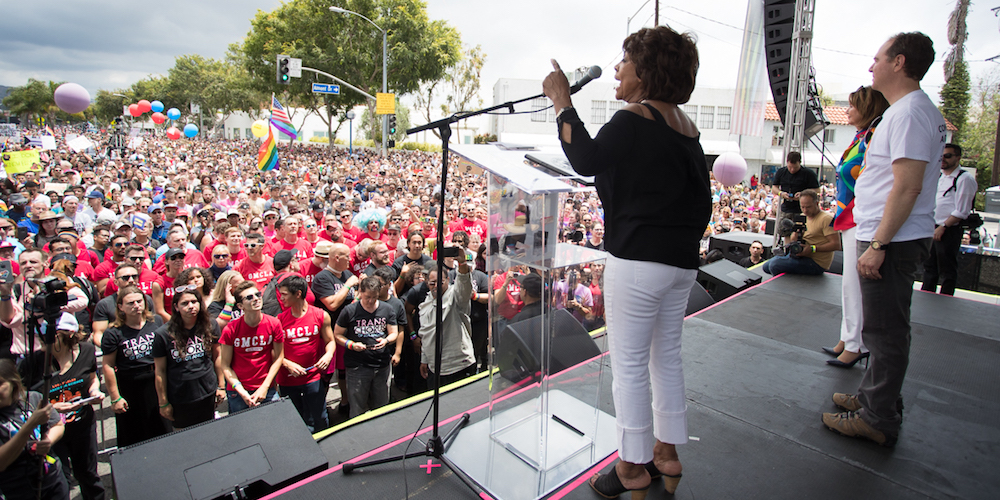 #ResistMarch Withdrawal? Check Out This Footage From the L.A. Rally

The L.A. Pride Parade Will Be a March, and Hornet Wants to Help #Resist