​The Rock and Roll Hall of Fame in Cleveland wanted to display Lady Gaga’s infamous meat dress for its “Women Who Rock: Vision, Passion, Power” exhibit.

Problem is, how do you store and display raw meat for days, weeks, and months without flies, maggots, and the rotting stench of decay?

​The answer? Turn the meat outfit into jerky. According to the Rock and Roll Hall of Fame, the dress and shoes worn by Gaga at the 2010 Video Music Awards were cured and dried. The result? A jerky outfit, fit for display (or to eat on a hiking trip).

The outfit, made of Argentine beef, was kept in a meat locker, placed in a vat of chemicals, and dried by a team of taxidermists over a period of several months.

Hall of Fame spokesperson Margaret Thresher said the dress took on a “dark, beef-jerky” look while dehydrating, so it was painted to look “fresh” afterward.

No word on the status of Gaga’s meat booties.

Or her meat bikini. 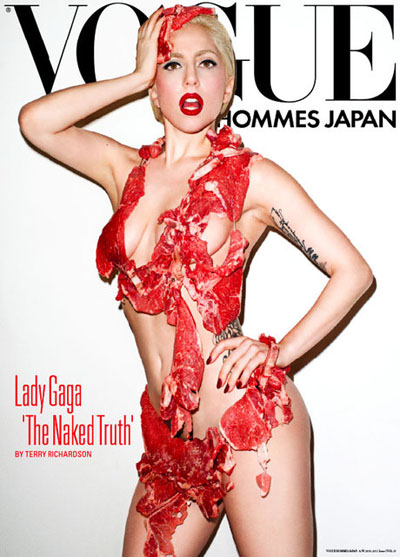 Forget the 'Gay Gene,' Because Science Has Another Explanation for Homosexuality
Was James Buchanan the First Gay U.S. President, and Have There Been More?
This Hong Kong-Based Activist Organization Is Dedicated to Tackling LGBTQ Stigma in Asian Culture
I Joined a Gay Men's Wrestling Group and Learned a Lot About Myself
English