Written by Stephan Horbelt on February 25, 2017
Be first to like this.

You may have caught our story earlier this week about the mass ritual taking place tonight, in which witches and all-around magical people are planning to enact a binding spell against Donald Trump. Well, there will be at least one celebrity taking part—your favorite hippie hipster, Lana Del Rey.

Tonight at midnight EST and on every waning crescent moon until Trump is removed from office, the mass ritual will attempt to bind the POTUS from doing any future harm to the nation. (Yes, à la Nancy in The Craft.)

It was actually those upcoming crescent moon dates—tonight, March 26, April 24, May 23—that tipped fans off that Del Rey was planning to participate. Check her tweet below:

At the stroke of midnight
Feb 24, March 26, April 24, May 23
❤️
Ingredients can b found online
? pic.twitter.com/PsjNpIODZE

Head to our previous post for those ingredients, if you’re so inclined.

The spell was allegedly created “by a member of a private magical order who wishes to remain anonymous,” though many are approaching it as if it’s a mass art project, meant to raise consciousness of the dangers Trump is wreaking. There’s also a Facebook page for supporters.

No word yet on whether Stevie Nicks—the white witch herself—will be participating, too.

On Friday, a Mass Ritual Will Attempt to Bind Donald Trump from Doing Harm 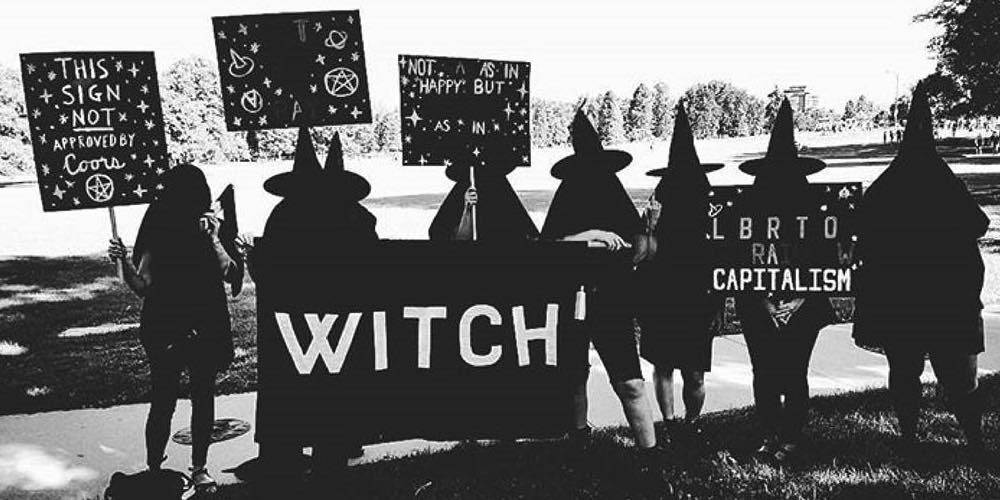 Seth Rogen Is Trying to Reason with Donald Trump Jr. on Twitter, But Will It Work?
English