If you’re a fan of Scott Aukerman’s Comedy Bang! Bang!, you already know how hilarious Lauren Lapkus is. You might know her as Susan Fischer, the rookie prison guard from Orange Is The New Black or from the They Might Be Giants’ video for “You’re On Fire” with the creepy singing meat.  Maybe you’ve even seen her brilliant episode of Netflix’s new series The Characters. But if you don’t know about Lauren Lapkus’ astounding improv skills, you’re missing out.

Miss out NO MORE!  Listen to her new podcast With Special Guest Lauren Lapkus! As the world’s catchiest theme song explains, she’s the host, but she’s also the guest — and the guest is the host!

More to the point, each episode is framed as a drop-in on another podcast, where Lapkus creates a new character on the fly to be the guest expert. Usually — but not always! — the the podcast host plays a character as well.  The show posts every Friday morning on the Earwolf network, and in late April the show will celebrate its six-month anniversary, so now is a good time to get in on the ground floor.

We got to talk with Lauren Lapkus about the show, and ask about her top five episodes!

Unicorn Booty: Who’s been your favorite character to be on With Special Guest so far?

Lauren Lapkus: I think one of my favorite characters to do was Pamela, the caller on James Adomian’s Tom Leykis Radio Program. It was really fun to just push his buttons and have him push mine… and I really love doing that drunk idiot voice.

Another favorite was Allison Gondry, the employee at Amoeba Records. Andy Daly is an amazing straight man. It’s pretty incredible that he can be one of the best character improvisers and one of the best straight men at the same time. He made it so fun for me!

UB: On a typical episode, how much of any episode is planned out?

LL: Nothing is planned out in advance on my end for any episode. The first few episodes, I would come in with a tiny idea for a character and give my name and a sentence about myself to my host. I wouldn’t know what they had in mind at all.

Now I have them come up with my character as well, so I have no idea what type of show they will be doing or who I will be playing until they tell me as we’re recording. I love figuring it out in the moment and having no preconceived notions about what is going to happen.

With Scott Aukerman’s episode, I knew he was planning to be play his character, Dabney Coleperson, but I didn’t know that I would be one of my recurring Comedy Bang! Bang! characters until he introduced me.

UB: How long is an episode before it’s edited?

LL: Each episode takes about an hour to record, though it sometimes goes long. I edit out somewhere between 2 to 15 minutes of the show, depending. Some shows haven’t been touched at all for various reasons THAT I’LL NEVER SHARE.

UB: How did the Tom Leykis episode come together? Was that all improv?

LL: The Tom Leykis episode was James’ idea and I was just flying by the seat of my pants. It was 100 percent improv — and has one of the most satisfying endings to any improvised show I’ve done.

UB: When you’re put in a situation where your character is an expert in something the real you doesn’t know about, how do you handle it?

LL: That’s always interesting for me. I definitely have to pay more attention to the conversation and think about what I’m going to say than I typically do. On the Sean Clements & Hayes Davenport episode, they made me an “expert brain scientist” and we were discussing a movie I’d never seen. It was more of a challenge but I guess my answer to the question is that I just make up a bunch of nonsense and hope it works.

UB: Which are your favorite: episodes where the host is a character or where the more-or-less play themselves?

LL: I like it either way! It really depends on the person, and I think people tend to choose something that will work with their strengths or something they think they’ll have fun doing. When people play a heightened version of themselves it can be a lot of fun — the Paul F. Tompkins episode is a great example of that.

UB: How do you do the fake ad segments?

LL: I sit down and write each one for about one minute total. I try not to think too much and just follow a fun idea. They’re so silly; they don’t really need to make sense! If I see or hear a horrible commercial I take note of it so I can use the format.

It makes sense that for the first episode of With Special Guest, the first guest would be Traci Reardon.  Traci is one of Lapkus’ most popular characters from Comedy Bang! Bang! and the only character to be in every With Special Guest episode with her “Help Me, Rhonda” advice segment.  “Public Domain” is Paul F. Tompkins‘ public affairs podcast, though a lot of the conversation ends up setting up one of the most hilarious runners in the series, the sad tale of Traci Reardon’s home life, from her many part-time jobs and her relationship with her Grandmother whom Traci shares her house with, and also happens to be dead.

Lauren Sez: Paul F. Tompkins is so smart and playful. It’s the best combination. I think we went for about an hour and forty minutes. It was my first time doing the show and that’s when I realized it was up to my guest to know when to wrap it up, and neither of us were paying attention. I definitely didn’t tell him how long to go, either. I had no idea. Now I have little cards that the engineer holds up to let the host know when to take breaks and wrap up the show. But I’m sure we could’ve gone for another hour before we started to run out of steam. 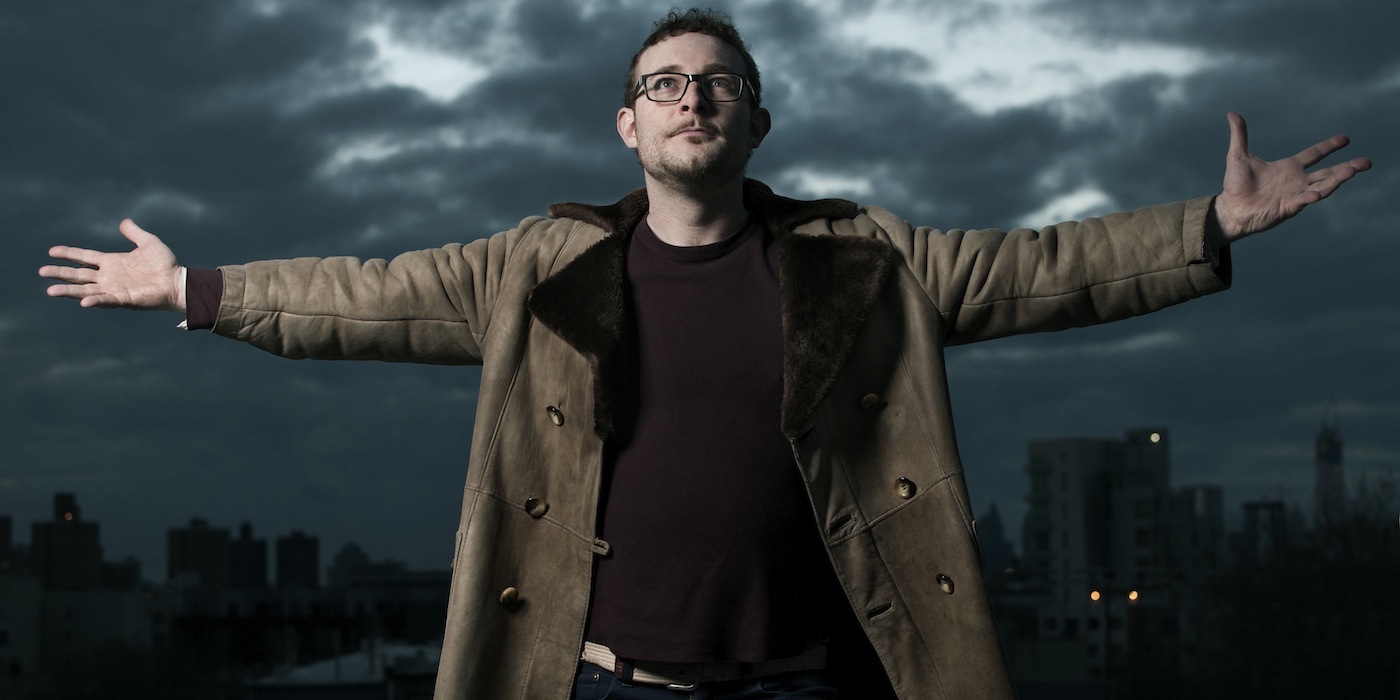