Less LGBTs in the US Than Previously Thought

There may not be only one gay in the village, but there are certainly less people identifying as lesbian, gay, bisexual or transgendered than most of us queers would like.

A recent study, How Many People Are LGBT?, released by demographer Gary Gates at UCLA’s Williams Institute, has determined that: 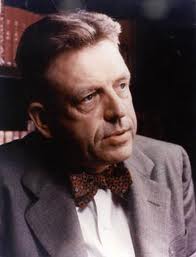 This figure, that 3.8% identify as LGBT, might seem to be a far cry from the generally accepte figure that 10% of the population are LGBT.

That figure was released by famed sex researcher Alfred Kinsey after a 1948 study of male prisoners. At the time, however, there was not as much of a “gay identity,” so the study was simply looking at same-sex activity. Kinsey wrote that one in ten of these guys were “more or less exclusively homosexual for at least three years between the ages of 16 and 55.”

So Gates’ study actually corroborates that of Kinsey: 11% of Americans acknowledge at least some same-sex attraction.

While that’s not the same as living exclusively as a homosexual, it certainly demonstrates that at least 1 in 10 have some same-sex tendencies. Have we really been using a figure from over 60 years ago after studying the behavior of male prisoners?  For us modern gays, it’s kinda obvious that there would be a lot more gay sex in prisons!

Gates, in a statement, referred to last week’s push for more federal research of the LGBT population:

“Last week, the Institute of Medicine at the National Academies released an analysis of LGBT health research calling for federal statistical agencies to quickly move toward LGBT inclusion in their data collection.

The surveys highlighted in this report demonstrate the usefulness of sexual orientation and gender identity questions on large-scale national population-based surveys. Better data can provide the building blocks for critical information to understand the lives of the 9 million LGBT Americans who have been historically marginalized in both society and research.

A community of 9 million is definitely a sizable one, and nothing to scoff at. I was personally disappointed nonetheless, after previously hoping that there would be at least 30 million self-identified LGBT people in the US. It certainly seems easier to have a larger community when arguing and fighting for our rights as citizens of this country.

I was instantly worried that this figure would be used against us – and I was right.

The Washington Post reports that opponents of marriage equality in Maryland instantly jumped on the numbers.

Donald H. Dwyer Jr., a Republican, pointed out that the number was considerably smaller than that used by gay marriage proponents, saying: “Delegates in Maryland heard from the their constituents. That’s why same-sex marriage failed this year. Until there’s a wide acceptance of it across the state of Maryland, I don’t think those bills are going to be successful.”

It’s a shame that these numbers can be used to marginalize us even further, with gay rights opponents saying, “Look! The community isn’t that big after all! It’s only 9 million Americans!” To that, I call BS. 9 million people is still a massive community, a community that a democracy can’t ignore.

A minority might be smaller than previously thought but that doesn’t justify discrimination any more than it did when people thought there were 30 million self-identified LGBT people; just because we make up only 3.9% of the population makes us no less human!

I am comforted by the fact that more than 10% of the population had some same-sex attraction. As more people meet and get to know gay people, they will understand that having same-sex attractions is not this terrible, deep, dark secret.

It’s those people who might have had same-sex experience, but do not identify as gay, that are our true allies. We have to embrace these people, and not accuse them of being in denial of their own gayness. Our community can be blind sometimes to the diversity of sexuality within our own same-sex attractions. These are not necessarily gays in hiding or denial, but the people that we need to be our fiercest advocates.

We have over 30 million people in this country who acknowledge some same-sex attraction. Confirmation of this fact is wonderful!

Thoughts on the 3.8% LGBTs in the United States?

Getting Naked in Front of 600 Men Changed My Life
Tonga Mourns Polikalepo Kefu, an LGBTQ Activist Known for His 'Positive Energy'
Knives Out 2: Everything We Know & Everything We Want
The Strange Tale of Leo Koury, 'Godfather of the Gay Community' in Richmond, Virginia
English