Hornet Wants You to #BeCounted in the 2020 Census

Written by Armand du Plessis on April 5, 2017
Be first to like this.

﻿You may have heard that any questions pertaining to sexual orientation and gender identity have been dropped from the 2020 census. While a President with the queer community’s best interests at heart could have pressed for its inclusion, the real tragedy is that LGBT Americans have never been counted in the U.S. Census. In deciding how to distribute the $400 billion of federal funds that help keep our communities healthy, safe and politically engaged, Congress has never felt a “statutory or regulatory need” to count us.

The 2010 U.S. Census, the first totally same-sex married couples, counted 400,000 of them. But even after collecting that data, the U.S. Census Bureau concluded that its questions weren’t specific enough to tell us much about those couples. Of course, in 2010 only five states had legalized same-sex marriage, and one allowed civil unions. A lot has changed since then.

If school districts and police departments don’t know that LGBT citizens exist in their borders, professionals won’t receive training on how to handle same-sex families. If we don’t know how much LGBT-led families earn, we can’t understand the economic impact that anti-LGBT stigma has on American workplaces, welfare and health care programs. If we can’t see ourselves reflected in national data, we know less about our own lives.

Different polls state that anywhere from 3.8% to 19% of the U.S. population could be LGBT — that’s somewhere between the entire population of Cuba or Italy — but we won’t know if the census doesn’t ask. And if we don’t ask in 2020, LGBT people will remain uncounted until 2030.

The current government may accept this ignorance, but we do not. Knowledge is power, so instead of staying invisible, we’re encouraging each and every LGBT individual to stand up and #BeCounted.

Using the power of technology and social media, help Hornet send a powerful message to the U.S. government — and the world — that America’s LGBT population is large, productive and growing. We exist nationwide, we raise families everywhere, and we won’t be ignored any longer. #BeCounted is our campaign to fight this political move to erase LGBT.

Hornet users as of today will learn about this issue inside of our app as well as our other social media channels and media properties.  Users are sent information about why this is important and how to participate.

Now is the time for LGBTs across America to stand up and #BeCounted. 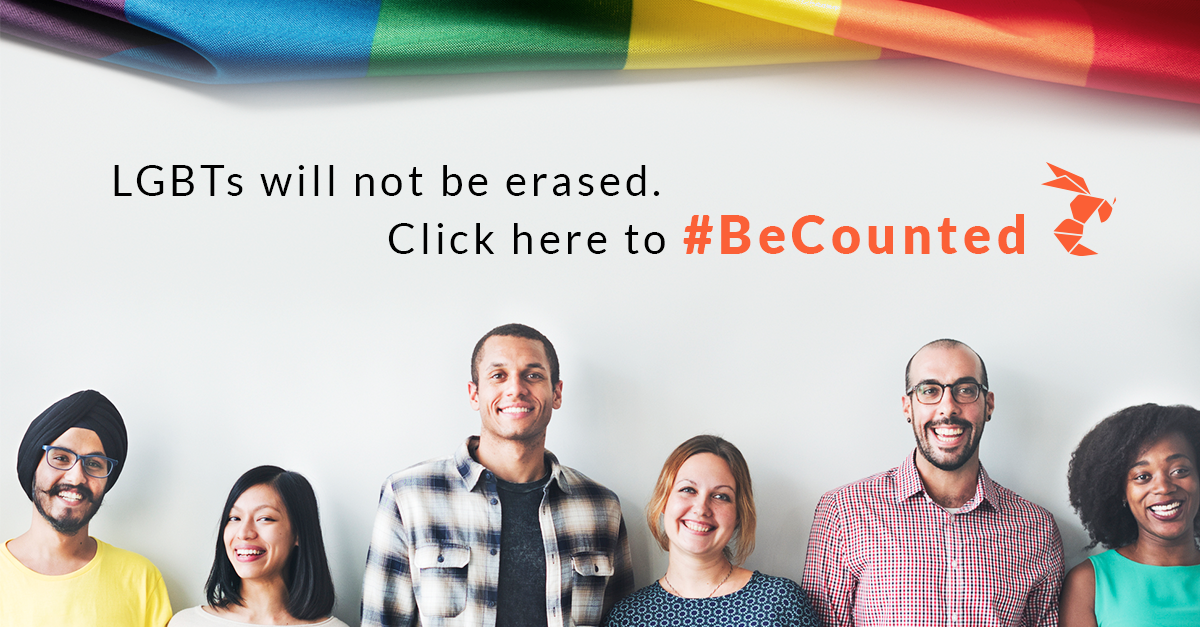 Love Is Dead: Comics’ Most Popular Queer Relationship Has Ended
These 5 Video Game Characters Illustrate the Evolution of Trans Representation in Gaming
As an HIV-Positive Man, These Are the 5 Questions I'm Asked Most Often About Dating
The 20 Greatest Queer Video Game Characters of All Time
English