Written by Kevin Farrell on January 2, 2011
Be first to like this. 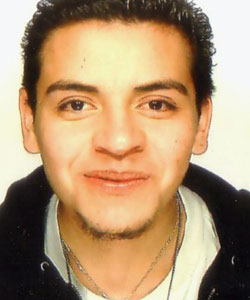 Gay blogs are up in arms over the harrowing story of Brenda and Daniel Garcia. Three years ago, Brenda Garcia and her younger brother Daniel escaped Mexico and sought asylum in Canada. The two had received death threats due to Brenda being a lesbian, and her partner had been previously allegedly shot to death. Last week Canadian immigration officials gave Brenda the boot and forced her to return to Mexico amid threats of violence.

Yesterday, a judge ruled that 18 year old Daniel will be forced to follow suit. This means effectively stopping his education dead in its tracks to return him to situation where he will face the threat of violence.

“At this holy time of year, deporting one of Parkdale’s students is counter to everything we tell the world of Canada’s humanitarianism,” Cheri DiNovo, NDP MPP for Parkdale-High Park, said in a statement.

Daniel’s judge apparently didn’t believe he was facing any real harm. The protestors that descended upon the courthouse shortly after the decision was made disagreed.

Modern national immigration policies are seriously broken. Why is this boy being treated as a criminal?

Do the Pics You 'Like' on Social Media Reinforce Silly Body Elitism Standards?
The World's Largest Arcade, Funspot in New Hampshire, Is a Must-Visit for Gaming Fanatics
10 Things I Learned After Joining a Gay Men's Wrestling Group
Reject the Closet and Destroy Capitalism With 'Batman Returns,' the Perfect Queer Christmas Film
English