Written by Daniel Villarreal on November 16, 2015
Be first to like this.

You may remember Lincoln Chafee and Jim Webb as the two guys from the first Democratic presidential debate who weren’t Bernie, Hilary or Hotcakes O’Malley. Chafee and Webb didn’t fare so well in the debate: Chafee defended his vote to deregulate banks by saying that he was new to the senate and didn’t know what he was voting for. Meanwhile, Webb griped about the other candidates getting more speaking time and later bragged about killing an enemy combatant in Vietnam — yeesh.

It’s no surprise that they dropped out from the race shortly thereafter. What is surprising though is that they’ve both been spotted on Hornet. Neither one has ever publicly expressed same-sex attraction, but considering that they were both barely polling at two percent when they dropped out, they’re probably just looking for some love to help rebuild their confidence.

Let’s take a look at each one’s profile and just to be clear, this is totally a joke. Here’s Lincoln Chafee’s: 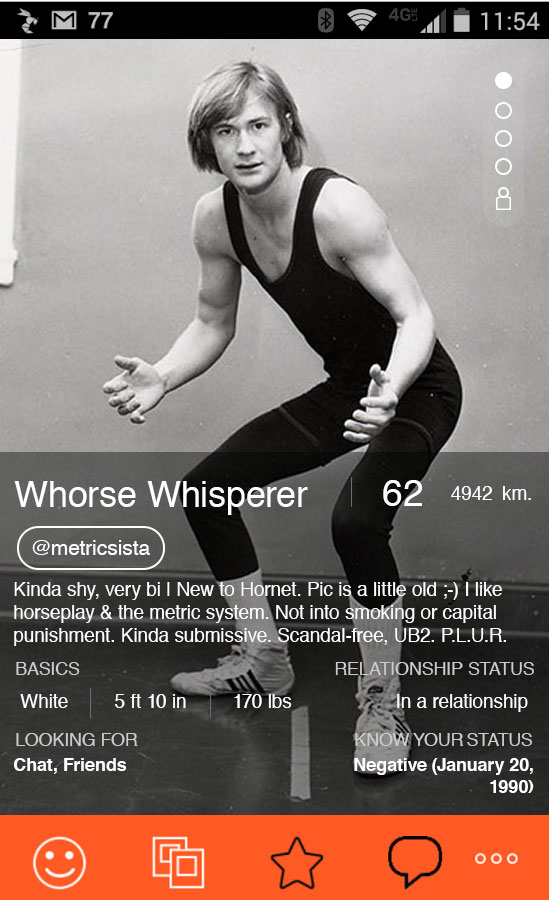 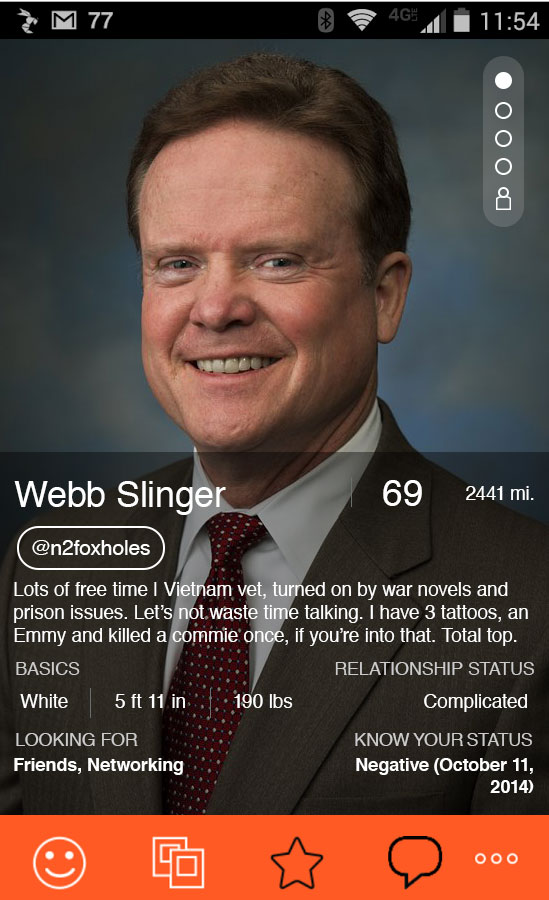