RIP Mrs. Taylor, You Will Always Be Fabulous!

Elizabeth Taylor died this morning in Los Angeles, after fighting congestive heart failure for the past two months. She was 79. We are deeply saddened by her passing, as she was truly an idol.

Before Gaga, before Madonna, before Barbara Streisand, before any other supposed gay icon, there was Elizabeth Taylor. She was one of the last Hollywood queens, representing a time when Hollywood was less Perez and more, well, Taylor. She defined glamour, class and fabulosity in a way that has long been lost in the derivative stew that is Hollywood’s main staple.

“My mother was an extraordinary woman who lived life to the fullest with great passion, humor and love,” said Michael Wilding in a statement read on “Good Morning America.” “Though her loss is devastating to those of us who held her so close and so dear, we will always be inspired by her enduring contributions to our world.”

I’m only 27 years old, which means that Mrs. Taylor had mostly faded into Hollywood’s past when I started to become obsessed by moving pictures in my early teens. But she was an ever-present reminder to me of a bygone era, the so-called golden age of filmmaking. I was a film studies major in college, and watching her performance in Cleopatra made me nostalgic for something that I couldn’t even pinpoint. It had something to do with the way films used to be shot.

Movies back then were somehow more simple and purely about the actors engaging with the story; there was no Michael Bay blowing up bridges just because he can. They were still elaborate – Cleopatra was the most expensive ever in its time – but they were more thoughtful and somehow more artful than any of the schlock put out today. The actors were also The Stars, given their near god-like status with the audience.

In 2008, I spent awhile in Acapulco on assignment for Lonely Planet TV, and I came face-to-face with the faded glamour of that bygone era. This was the stomping ground of silver screen icons of the mid-20th century, where “Tarzan” Johnny Weissmueller, Frank Sinatra, and Brigitte Bardot vacationed. Acapulco was transformed into the jet-set destination, with the who’s who of Hollywood holding court on the beach. John Wayne and Elvis Presley loved it, and so did lovers Richard Burton and Elizabeth Taylor.

Acapulco was where Taylor and Burton set up their love nest, where he is said to have proposed to her, where she fell in love with Mexico. The tabloids chased them everywhere, as their torrid affair began when Burton was still married. Thinking of her, and the unreachable realm that she inhabited, got to me. I couldn’t help but wonder: What was she like? What made her laugh? Who was this gorgeous movie star after all? What was it like to romance all of these hot and sexy Hollywood leading men?!?

Alas, I may never know. What I do know is that Taylor will be sorely missed. She was a fierce advocate for the victims of AIDS, raising millions of dollars following the death of her close friend, and closeted gay man, Rock Hudson. She was married 8 times to 7 men (yep, married one of ’em twice: Richard Burton). She always dressed well, looked beautiful, and smiled.

She was ravishing in so many ways, befitting the last true Hollywood leading lady: A personality revered the world over, commanding attention wherever she went and with whomever she was with. There wasn’t the firehouse of information as there is today; she was the focus of so much, an international symbol that is nearly impossible replicate with the fractured media today. 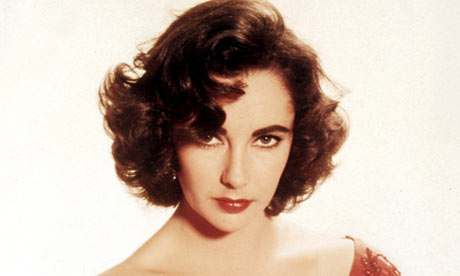 From what we hear, she will also continue to command our attention from the grave: Being the gal that she is, she’s been keeping handwritten diaries since being signed to MGM at the young age of 11. Which means that there’s plenty of tabloid fodder remaining – I can only imagine all the dish that exists on those handwritten pages!

The rumor is that Mrs. Taylor will tell her own life story in her own words, and that these diaries are going to be compiled into a book sometime soon. Juicy! Personally, I cannot wait to hear about these 8 marriages, her string of affairs, and the ups and downs of being Elizabeth Taylor. Perhaps I will be one step closer to discovering what it was like to be so iconic.

RIP, Mrs. Taylor. I fear that there will never be anyone like you and that is fine by me. You were one rockin’ babe, and I will miss you. You will always be dear to our heart. And if you find yourself chilling with Rock Hudson in the afterlife, tell him what’s up from Unicorn Booty!

Were you saddened to hear about Elizabeth Taylor’s death?

The Gay Sex Circuit: 6 Exercises to Make You an Athlete in the Sheets
13 Homoerotic Horror Films to Get You in the Mood for Halloween
Austin Crute, a Quadruple Threat, Is Our Swoon-Worthy Guy of the Week
'Tinted With You' Is the Bite-Sized BL Web Drama We're Loving Right Now
English