Written by Daniel Villarreal on June 27, 2015
Be first to like this.

Today, CNN reported the sighting of a ISIS flag at London Pride. This would be disturbing news because ISIS (the Islamic State in Iraq and Syria) is a jihadi militant group known most for its videos depicting beheadings of foreign workers, throwing suspected gay men off of buildings and destroying cultural heritage sites — why would the LGBTQ community accept such a banner at their parade?!?

Just compare this actual ISIS flag below to the one in the image above: 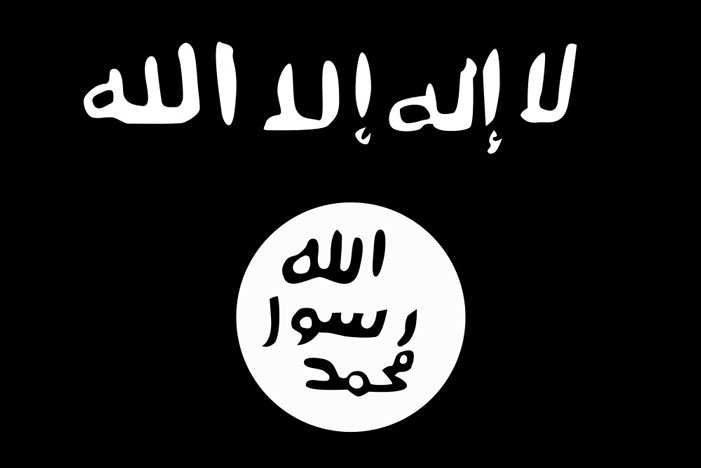 10 Songs That Shouldn't Be Played at a Gay Wedding (Seriously, Just Don't)
This Week White Supremacy Invaded the Most Sacred of Spaces: The 'Jeopardy!' Stage
Eytan Fox's Latest Film 'Sublet' Offers Up Tel Aviv Through a New Set of Eyes
A Host of Our Favorite Podcast, 'Gayest Episode Ever,' Shares His 5 Favorite Episodes
English