The Spike TV reality show Bar Rescue has an infamous lost episode, and we don’t mean the show’s original pilot. Rather, the real lost episode is called “Music City Mess” and involves the Pit and Barrel bar in Nashville. It looks like a typical episode until you realize the reason it’s lost: The owner of the bar murdered a country singer the day before his episode was due to air.

On November 23, country singer Wayne Mills went to the Pit and Barrel for an after-party following a tribute concert to musician George Jones. Around 5:00 am, Mills got into an altercation with his friend, bar owner Chris Ferrell. Ferrell fired a gun three times, and one bullet struck Mills in the back of the head, killing him.

Ferrell says that he fired in self-defense and that the two got into an argument over Mills smoking in a non-smoking area of the bar, at which point Mills threatened to kill Ferrell with a broken glass. Nicotine is an addictive substance, but damn.

The court sentenced Ferrell to 20 years for second degree murder, however Ferrell has appealed the verdict.

Bar Rescue‘s network, Spike TV, rushed to pull the episode as soon as the news of the murder came out — and to this date it’s never aired… again. In Spike TV’s haste, they pulled the normally scheduled airing of the new episode but not the repeat that ran in the middle of the night. While Spike TV has effectively pulled down unofficial leaks of the episode, it’s still possible to find a copy on the web.

Pulling episodes is somewhat uncommon. Usually, it’s just temporary, like when CBS pulled episodes of NCIS and Supergirl in response to the Paris terrorist attacks. Other times, a show gets pulled for potentially offensive content but eventually airs, like Family Guy‘s “When You Wish Upon A Weinstein” which broadcasters originally pulled over fears of perceived anti-Semitism. Episodes that get created but never aired — like the (never leaked) episode of Sesame Street where Snuffy’s parents divorce and Bar Rescue‘s “Music City Mess” — are much more rare.

As for “Music City Mess”, nothing in the episode hints at the presence of a future murderer. The BoondoxXx BBQ & Juke Joint (the name of the bar before Jon Taffer changed it) looks like any other failing bar on Bar Rescue. The owner owes $105,000 in loans to his parents and Taffer says that without changes, BoondoxXx can only stay open two more weeks.

To help out, Taffer brings along Kevin Bludso, a famed BBQ chef to help with the food and expert mixologist Trevor Frye to help with the bar. The trio sit outside and watch the hidden camera footage. The bar remains empty aside from the staff and a band — so Taffer sends in about 80 customers to see what they can do. The usual problems are on display — over-pouring of liquor, gross and unsafe food, ill preparedness, poor service — but every bar on Bar Rescue has a quirk, and BoondoxXx’s quirk is Ferrell’s insistence on only playing the classic country music he likes, rather than more popular new artists like Taylor Swift.

What’s most remarkable is that Chris Ferrell is far from the angriest bar owner on Bar Rescue — as Taffer goes lists the bar’s numerous failings, Ferrell is visibly upset but, unlike most owners on the show, he accepts Taffer’s criticism.

Notably, Ferrell has a secret temper. The next day, Taffer confronts him with videotape from the previous night showing him yelling at his manager and Taffer brings in two former employees who talk about Ferrell’s explosive rage. Ferrell takes the bait, and a huge argument breaks out — he ends up driving off in a rage. Alexis, one of the ex-employees, says something that seems telling in hindsight: “This place will never change until Chris does.”

Without Ferrell, Taffer and Frye start to train the bar staff, but soon Ferrell comes back. “I have been trying to redefine those points in my personality where I am not so abrasive,” he says. But then it cuts to Stacey, the bar manager, who says “I’ve seen Chris talk the talk and there’s never been a change. I did not believe Chris’s apology at all.”

Next, Taffer provides a stress test by bringing in 100 customers to test the bar staff’s skills. The stress test, is relatively uneventful. Drinks take a long time to get out, food comes out wrong and customers walk out. The only thing that distinguishes it from any other episode’s stress test is that Ferrell gets into a shouting match with Bludso.

Then comes one of the eerier segments. Jon Taffer brings in Ferrell’s parents to meet with him and encourage him — a common segment in Bar Rescue, especially when the owner has borrowed money from his folks. In this episode, it’s a little weird because the first thing his mother says to him is “You were never mean… and now you’re kinda mean.”

After the ‘rents leave, they train the bartenders and the kitchen staff with the new menu, focusing on whiskey cocktails and Memphis-style BBQ. Ferrell’s excited about the changes and says “All I was doing was showing up and being destructive; that’s not a feeling I have anymore.”

Now that everyone’s on board with the changes Taffer’s made, comes time to reveal the new bar: The Pit and Barrel.

Once Taffer shows off the new bar, they open for business, and it’s a standard Bar Rescue happy ending. Patrons like the new menu and new cocktails and the night is an unqualified success. Ferrell isn’t yelling, drinks are going out and a band named El Camino plays the opening. It’s a standard ending, except for one line Taffer says as he leaves: “I’ve never rescued anyone I’ve felt better about rescuing.” 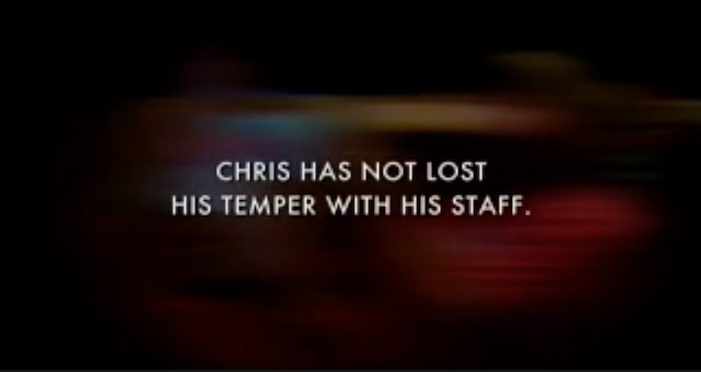 Strangely enough, this is not the only Bar Rescue bar where there’s been a murder. A man was fatally shot behind the Second Base Bar & Grill, the only bar Jon Taffer went to twice. No one connected to Second Base was involved with the crime, however.

The Pit and Barrel closed shortly after Wayne Mills’ murder.

Paul Thomas Anderson's 'Licorice Pizza' Is a Fellini-Esque Love Letter to 1970s SoCal
12 Quotable Campy Movies Every Queer Person Should See at Least Once
Queercore: A Dirty History of the LGBTQ Movement That Spits on Respectable Gays
Pucker Up: These Are Our 10 Favorite Gay Kisses On Film and TV
English