Well isn’t this something! The Human Rights Campaign today released the results from a nationwide poll on the state of same-sex marriage and the laws that continue to prohibit it. The results are unbelievably phenomenal.

51% of Americans are opposed to the Defense of Marriage Act, compared to 34% who support it. 54% of the country doesn’t want Congress to defend DOMA, compared to only 32% who do. And about 60% of Americans want to see LGBT citizens receive the same federal benefits from marriage that straight couples are already privy to. 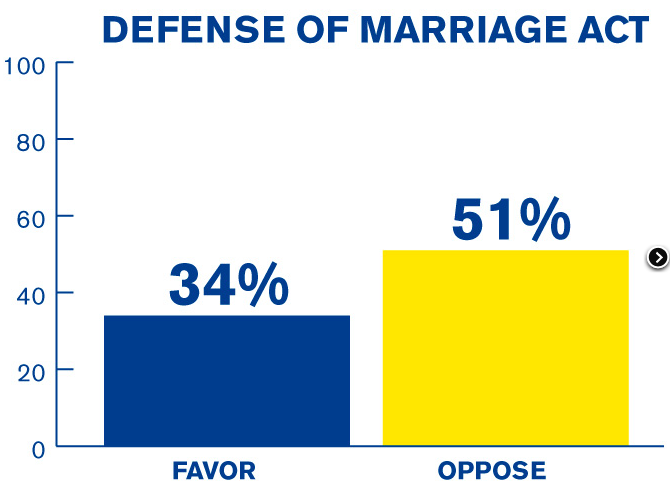 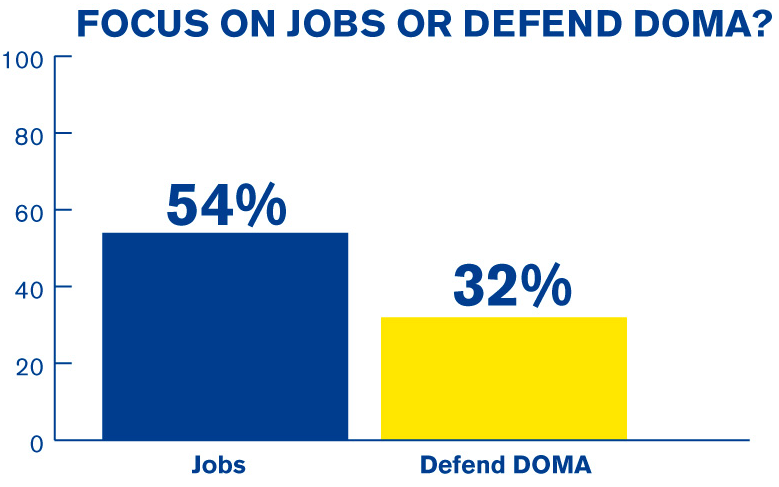 Perhaps you remember me saying that 2011 was statistically poised to be the tipping point when the majority of Americans begin supporting same-sex marriage? Well there you have it. Dude, we’ve won.

It remains to be seen how the publishing of this study will affect Speaker of the House John Boehner’s plan to waste millions of taxpayers’ dollars defending a law that the majority of the country does not wish for him to defend, and the president himself has called unconstitutional. In the meantime, you can help by calling your Senators and State Representatives and sharing this study with them, before asking them to support marriage equality.

Seriously though. You have to follow through and make those calls. This is the part where I always lose you. Y’all love to share links on Facebook, which is fantastic, believe me. But in order to make some real change, we need to pick up our phones. So get Googling your elected representatives’ contact information right now. Go! 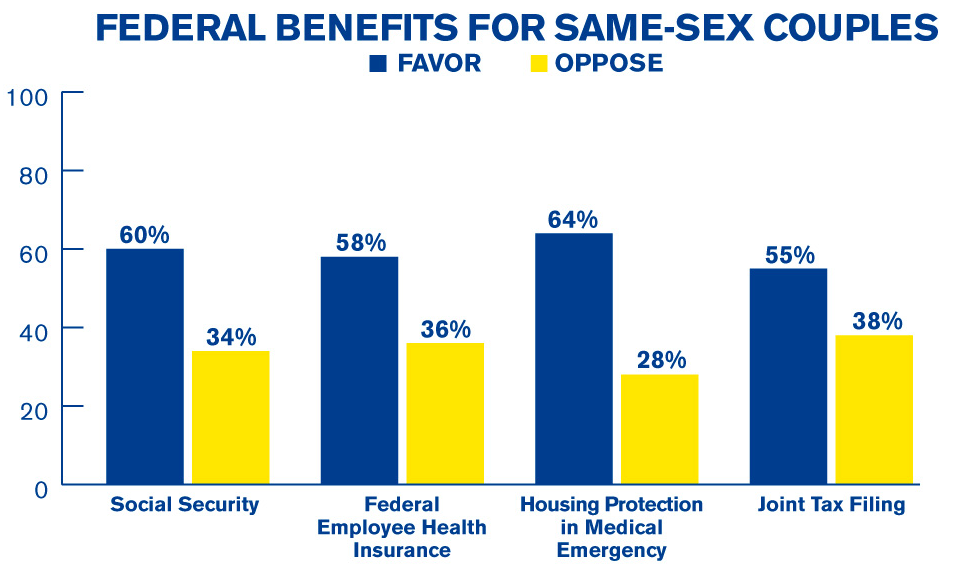 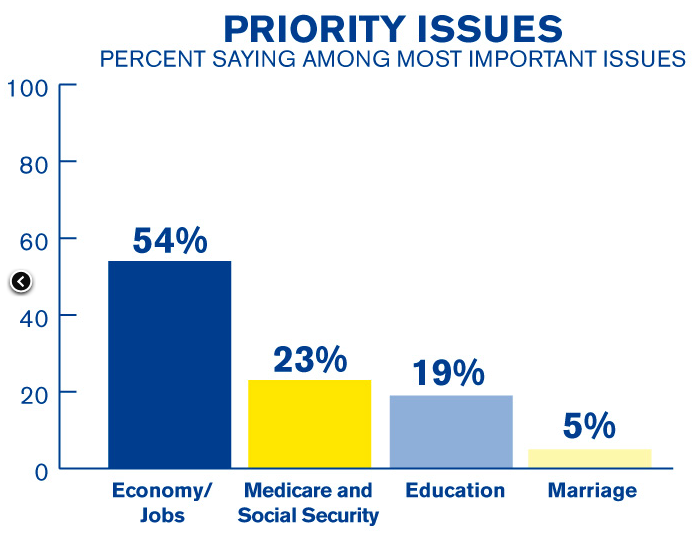 Are you excited about these results? Woohoo!

The Police, Disguised as Patrons, Attacked Queer People at the Black Cat Tavern
This New Six-Part Webseries Documents Andrea Mares's Yearlong Transition Journey
We Asked an Ethics Professor About Posting Pics of Hot People Online Without Their Consent
6 music videos by queer icons that were “too hot” 20+ years ago but seem tame today
English