Written by Alexander Kacala on November 28, 2017
Be first to like this.

Olympic swimmer and silver fox Mark Foster just came out in a new interview with the Guardian. In it, he explains why he remained closeted for so long, and the gay athletes he looks to for inspiration.

The 47-year-old six-time world champion carried the Great Britain flag at the opening ceremony of the 2008 Olympic Games in Beijing. Foster made the decision to come out after believing he had always been ‘telling half-truths in public’ despite the full support of friends and family.

“It’s not like I’ve been pushed to come out,” Mark Foster explains. “I’ve just swerved and swerved. Telling half-truths and not being my true self is only hurting me. I’m 47, a middle-aged man, and I’m no longer competing. And I’m not the first gay sportsman to come out. Gareth Thomas and Tom Daley led the way.”

“I tiptoed around the issue for so long,” he says. “I got really good at the dance of telling half-truths. I’ve supported the Terrence Higgins Trust, Stonewall, Ben Cohen’s Stand Up to Bullying campaign. But I’ve always done it under the radar. At the Sochi Olympics [in 2014] I did a piece for Huffington Post. I was shocked by the treatment of gay people in Russia and needed to say something – without revealing anything about myself. So I half-said something. It’s always been half-truths in public.”

“I was a bit nervous today,” Foster admits, “but I kept busy. I was tidying the house for you [he laughs]. I was a little apprehensive but years ago I would have been fearful of how I would be judged. Maybe that’s me being older and having a long time to get used to the idea. I went to the Attitude awards last month and gave Greg Louganis [the gay American diver and double Olympic champion] an award. I spent time with him and his partner and was backstage with Prince Harry and Kylie Minogue. I have a weird and wonderful life meeting all these people. They know about me — well, Prince Harry doesn’t — and I felt such warmth and togetherness.”

He explains, “I thought: ‘I’ve been tiptoeing in the shadows but now’s the time to come out.’ I wish I’d done it was when I was 21 and met my first partner. But I wasn’t ready. Sharing stuff was always the problem. I’ve got used to avoiding the truth and I never spent much time looking in the mirror. It’s a fear of being vulnerable because if you open yourself up you could be hurt.”

Check out these 10 very sexy pics of Mark Foster here: 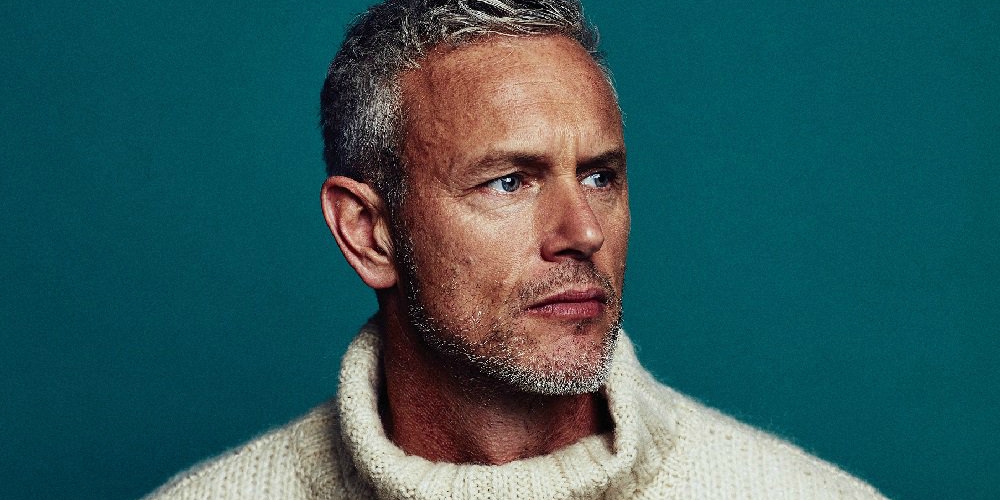