Written by Alexander Kacala on July 12, 2017
Be first to like this.

Pharma-Bro (or Pharamy-Douche) Martin Shkreli is back in headlines, this time with news that he tried pandering to an out investor by pretending to be gay and saying weird stuff.

Shkreli is the renowned price-gouger who infamously raised the price of an infection-fighting medication from $13 to $750 per pill.  After FBI arrested him for securities fraud in 2015, he resigned from his own company, Turing Pharmaceuticals.

Now, Shkreli is on trial in Brooklyn, New York City. He’s pleaded not guilty to charges linked to allegations that he defrauded investors at two hedge funds he ran by misleading them about the funds’ financial performance. He also denies charges that accuse him of ripping off Retrophin by looting the company of stock and cash to repay his hedge-fund investors their money.

“I was gay and had a partner, and he was starting to say certain things of a gay nature that worried me a bit,” Richardson said. “I thought maybe he was saying things to me because he thought I would want to hear them.”

“They just felt a bit uncomfortable to me,” Richardson said. “He was saying things like, ‘Maybe I’ll have sex with the guy in the office.’ “

“It didn’t feel comfortable to me,” Richardson said. He added that he knew the man who worked at Shkreli’s hedge fund and that man “was straight and had a girlfriend.”

Richardson said he “felt the need to challenge” Shkreli on his comments. He invited Shkreli to his Manhattan apartment in early 2010, and while there began discussing relationships.

“He again started talking about this particular situation, about … maybe experimenting or having sex with this guy,” Richardson said.

“I said, ‘Come with me’ and walked him into the bedroom, and I sat him on the bed,” Richardson testified.

“I said, ‘You’re here, you are sitting in a gay man’s bedroom … do you have any physical feeling to me?’”

We’re not sure what his sexuality has to do with the trial, a trail that could put Shkreli behind bars for 20 years.

One thing is apparent, he’s confident that he will “be back watching the markets regularly in a few weeks, during the day.”

Shkreli asked reporters how they thought the trial was going and then criticized their coverage while proclaiming his innocence. “I think the world blames me for almost everything,” he told them. “We’ve got the prosecutors pretty freaked out,” he said. “The case is falling apart before their eyes, and they don’t know how it’s happening. Sad.”

Ugh… where’s a bag of poop when you need one? 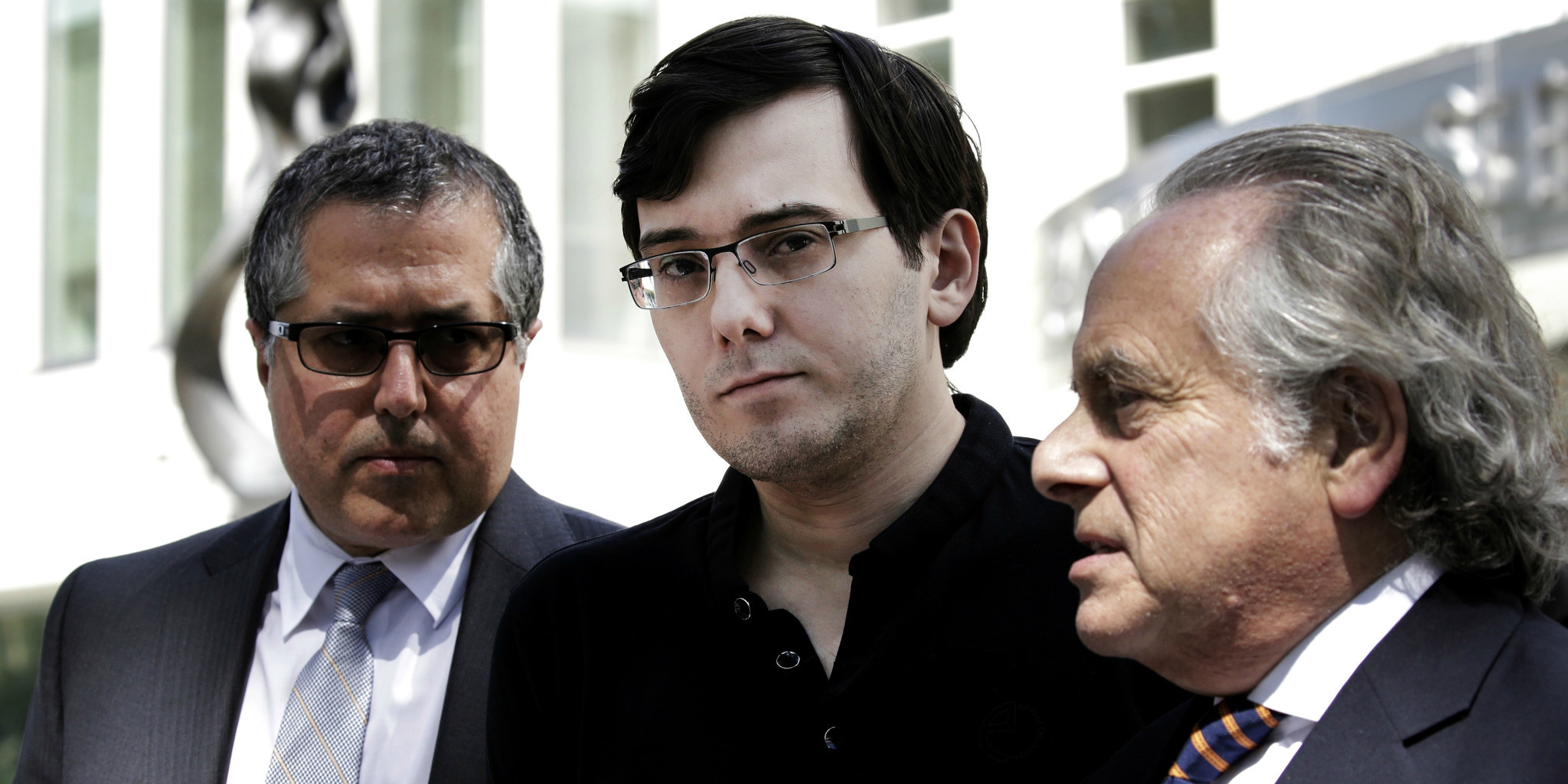