Written by Alexander Kacala on August 4, 2017
Be first to like this.

Martin “Pharma Bro”  Shkreli — the renowned price-gouger who infamously raised the price of an infection-fighting medication from $13 to $750 per pill — was convicted of three of eight counts of securities fraud Friday. He faces up to 20 years in prison, however legal experts say he is likely to get much less.

The conviction is an important victory for federal prosecutors, who struggle convicting high-profile Wall Street figures.

“Lying to people to get them to invest with you is fraud,” Assistant U.S. Attorney Jacquelyn M. Kasulis told the jury. ”He knowingly lied over and over again to his investors to get their money and then to keep their money.”

“Who he really is is a con man who stole millions of dollars,” she said. “You can’t rob Peter to pay Paul. It doesn’t work that way. It doesn’t matter if you paid people back years later after you’ve stolen their money and you’ve lost all their money. Those people are still victims of fraud.”

“It’s time for Martin Shkreli to be held accountable for his behavior, for his choices to lie and to deceive and to steal and to take peoples’ money without a second thought, without even a pause,” said Kasulis.

After the conviction, Shkreli said that he was he was glad to be exonerated on many of the charges and “we’re delighted in many ways.”

“This was a witch hunt of epic proportions,” he said. “They may have found some broomsticks.”

Last month, Shkreli asked reporters how they thought the trial was going and then criticized their coverage while proclaiming his innocence.

“I think the world blames me for almost everything,” he told them. “We’ve got the prosecutors pretty freaked out. The case is falling apart before their eyes, and they don’t know how it’s happening. Sad.”

That blind optimism is what may have led him to his demise.

“He’s likely going to second guess his decision to not plea and he’ll have a long time to think about it,” said David Chase, a former prosecutor for the Securities and Exchange Commission. “Some offers from the government are no brainers that make sense and others aren’t. Some defendants feel they are better off rolling the dice.” 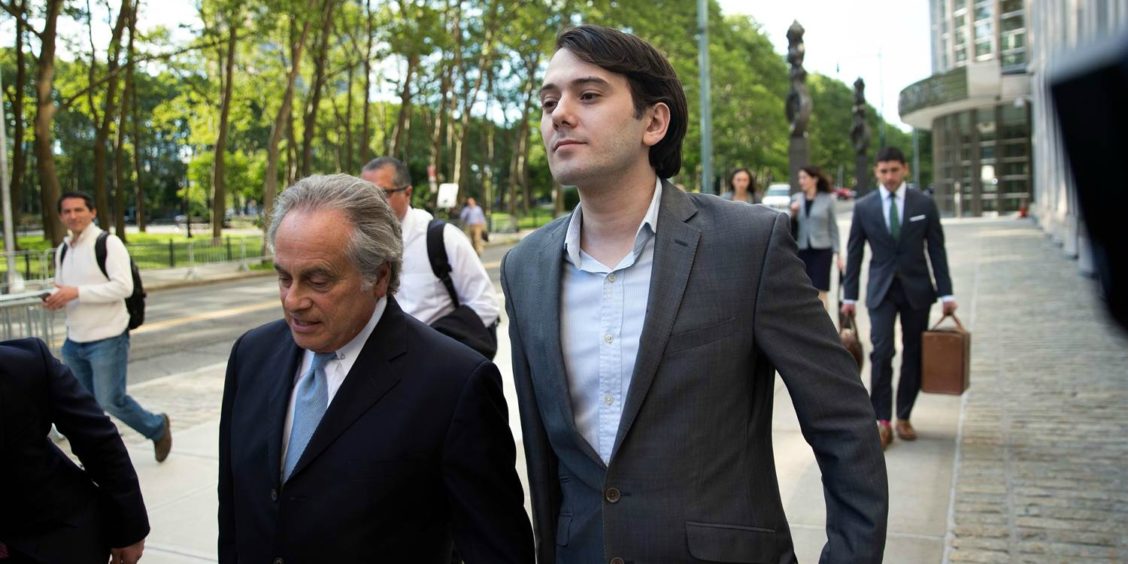