Montana Votes To Not Decriminalize Homosexuality 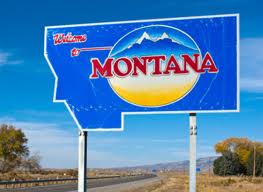 Some states refuse to read the memo. Kansas moved to re-criminalize the very act of just being gay, just existing, earlier this month. And now Montana is stepping up to bat in the jerk league as well.

The Montana House Judiciary Committee has killed a Bill that was previously passed in the state Senate that would have removed an archaic law banning homosexuality from the books. A law that by order of the United States Supreme Court is completely unconstitutional and no longer even able to be legally enforced. Montana’s move this week to keep the law in place is a straight up symbolic F-U to its gay and lesbian citizens. Montana may not be legally able to prosecute them, but they can sure as hell belittle them and strip them of their dignity.

State Senator Tom Facey introduced this deplorable testimony into the committee deliberations. Warning, listening to it may make you lose your mind (as well as hope in your fellow man). Facey lies through his teeth, making the false claims that 100% of pedophiles are homosexuals and that gays are AIDS-ridden tax burdens that rely on public assistance to survive.

Can’t say I didn’t warn you.

You know what, Montana? Whatever, dude. While we feel for our LGBT brothers and sisters forced to grow up in your discriminatory state, we will be welcoming them with open arms to Seattle, to San Francisco, to New York, to Philadelphia, to D.C., to L.A. – to places where we’re not only unpunished for who we are, but rather celebrated.

You’re a big state full of small-minded politicians, and we’re more than happy to keep our bodies and our collective $700 Billion buying power out of your state. Peace!

Here’s Why Some People Are Calling Mister Rogers a Bisexual Icon
Mozart Once Wrote a Six-Part Canon About the Ultimate Spiteful Rimjob
This Couple Tried to Create an All-Gay, Hate-Free City in Nevada
How the Middle East Moved From Tolerant of Homosexuality to a Battlefield of Anti-Gay Violence
English