Literary Review has announced its nominees for the 2015 Bad Sex in Fiction Awards, and celibate Smiths singer Morrissey is among the chosen for the infamous sex scene from his debut novel List of the Lost. The passage, quoted below, led one Slate writer to wonder, “Has Morrissey ever had sex?” And, of all the nominees, Morrissey beat them all off to grab the title for himself.

Morrissey was widely rumored to be gay, and today he’s generally said to be asexual, though he does not use the term. In 2013, he told his fans, “Unfortunately, I am not homosexual. In technical fact, I am humasexual. I am attracted to humans. But, of course … not many.”

Well, I for one am shocked that the man responsible for the music video to “November Spawned a Monster” is anything less than a font of raw, unbridled human sexuality.

Literary Review’s website explains the history and the purpose of the award:

The award does a wonderful job of bringing highbrow authors back down to earth, a bit like the guy who kept whispering “Remember, Caesar, thou art mortal” into the emperor’s ear, only instead it might be more like, “Remember, Jonathan Franzen, that’s not how a clitoris works.”

Let’s take a look at this year’s nominees, with excerpts snagged by the Guardian. 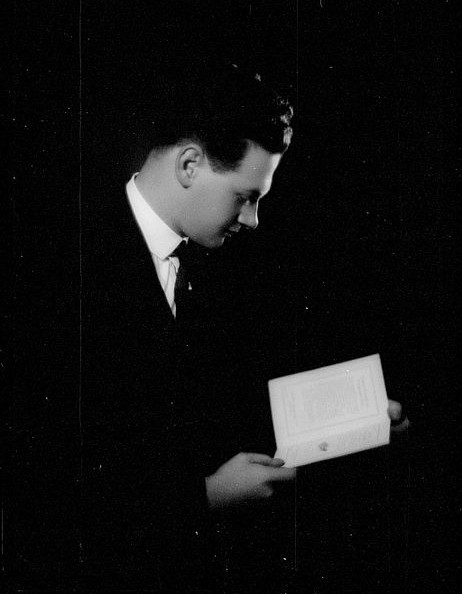 Joshua Cohen’s Book of Numbers manages to strip the French language of its much-lauded eroticism:

Her mouth was intensely ovoid, an almond mouth, of citrus crescents. And under that sling, her breasts were like young fawns, sheep frolicking in hyssop — Psalms were about to pour out of me.

Richard Bausch had better not be referring to the quality of his own prose in Before, During, After:

She reached up and brought him to her, then rolled over on top of him and began softly to move down. When she took him, still a little flaccid, into her mouth, he moaned, ‘Oh, lover.’ She felt him harden, and she tightened her lips and pulled, and then ran her tongue slow along the shaft, and then straightened and straddled him, guiding him into her, sinking and rising on him, head back, hands gripping his shoulders. It went on. It was very good.

George Pelecanos channels his inner bro in The Martini Shot:

We kissed some more and had a few laughs. While we talked, I slid my hand beneath her sweats, pushed the crotch of her damp lace panties aside, slipped my longest finger inside her, and stroked her clit. It got warm in the room. She lay back on the couch and arched her back, and I peeled off her pants and thong. Now she was nude. I stripped down to my boxer briefs and crouched over her. I let her pull me free because I knew she liked to. She stroked my pole and took off my briefs, and I got between her and spread her muscular thighs with my knees and rubbed myself against her until she was wet as a waterslide, and then I split her.

Erica Jong at least manages not to make snake puns in Fear of Dying:

I slip into bed, amazed that Asher is making the first move — which is unusual for him.

While I lie next to him, astounded by his presence still, he opens my silk robe and touches my cunt as if he were Adam just discovering Eve’s pussy.

And then he begins to run his tongue slowly along my labia, gently inserting one finger to feel for my G-spot on the front wall of wet pussy.

Aleksandar Hemon fights valiantly against sexual arousal in The Making of Zombie Wars:

Then he slid up her body and his cock was inside her, and he was kissing her, the same whetted tongue now inside her mouth. Far in the back of whatever was left of his mind, the light of reason was struggling against being finally extinguished and he was aware that wearing a condom would’ve been a good idea, but there was no way that he was getting out of her, because she took him in and he was with her in every move, in every gasp, kiss, and lick — she let him in so deep he didn’t have to think about her, and therefore he didn’t have to think about himself, but of course he was thinking about not thinking about himself …

Lauren Groff makes us want to avoid sex and the local farmer’s market for a while with this passage from Fates and Furies:

The party was loud. She pushed him back on the sandy tar paper, and he was looking up at her face in the glow, and she lifted her skirt and moved the crotch of her underwear aside, and Lotto, who was always ready, who was ready at the most abstract imaginings of a girl — footprints of a sandpiper like a crotch, gallons of milk evoking boobs — was not ready at this oh-so-abrupt beginning. It didn’t matter. Gwennie shoved him in though she was dry. He shut his eyes and thought of mangoes, split papayas, fruits tart and sweet and dripping with juice, and then it was off, and he groaned and his whole body turned sweet …

Tomas Espedal may have taken some NyQuil before writing this passage from Against Nature:

Héloïse has lost all sense of how she ought to behave, she practically throws herself at Abélard, pulls him to the floor and straddles him as if they’re two boys fighting. She presses him to the ground, pins his hands to the floor. She kisses his face and licks it. She bites his lip. She bites his cheek. She pants in his ear, shouts his name in his ear, she whips his face with her hair. She stops his mouth hard with her hand and takes his breath away. She rides above him the way she’d imagined that one day she’d ride a boy, a man, a beast…

And finally, Morrissey explains how sexual intercourse works in the parallel, physics-free dimension whence he came in List of the Lost:

At this, Eliza and Ezra rolled together into the one giggling snowball of full-figured copulation, screaming and shouting as they playfully bit and pulled at each other in a dangerous and clamorous rollercoaster coil of sexually violent rotation with Eliza’s breasts barrel-rolled across Ezra’s howling mouth and the pained frenzy of his bulbous salutation extenuating his excitement as it whacked and smacked its way into every muscle of Eliza’s body except for the otherwise central zone.

Elska Shines Its Queer Light on Atlanta, the Gay Black Capital of America
Kick Off 2022 With Some of Our Favorite LGBTQ Podcasts
Farewell Ellen! Here Are 5 LGBTQ Celebrities We'd Love to See Take Over Daytime TV
In 1984, This Local Coalition Took the Safety of NYC's Gay Bathhouses Into Its Own Hands
English