Written by Matthew Lawrence on November 29, 2015
Be first to like this.

Dave Quantic and Bill Ferenc have collaborated for the last year on The Corporeals, a comic about naked gay Neanderthals and their interactions with bears, aliens, and the last living unicorn. (Poor guy!) Right now they’re crowdfunding on Kickstarter to fund First Rainbow, a fifty-page paperback anthology of the comic’s first year that also features new content.

There’s a lot of nudity in The Corporeals, mainly of the gay bear variety. But it’s that sad lonely unicorn that caught our eye, for obvious reasons. It’s a cute cartoon, kind of like a gay version of The Far Side except with more body hair.

Quantic is based in Los Angeles, and he previously created the comic Bakersfield, Earth, about an alien from Jupiter who lives in 1970s California. Ferenc is in Minneapolis, and actually the two artists have never met in person. Scroll down for some of our favorites from the first year of the comic. Lots of cartoon weiners, so be warned, not to mention dinosaurs, dung beetles, and even a tribute to Family Circus.

The Kickstarter runs through December 6th, and the pair haven’t made their goal yet. There’s the standard sorts of backer rewards up for grabs, and premium backers have the opportunity to name two of the comic’s characters. 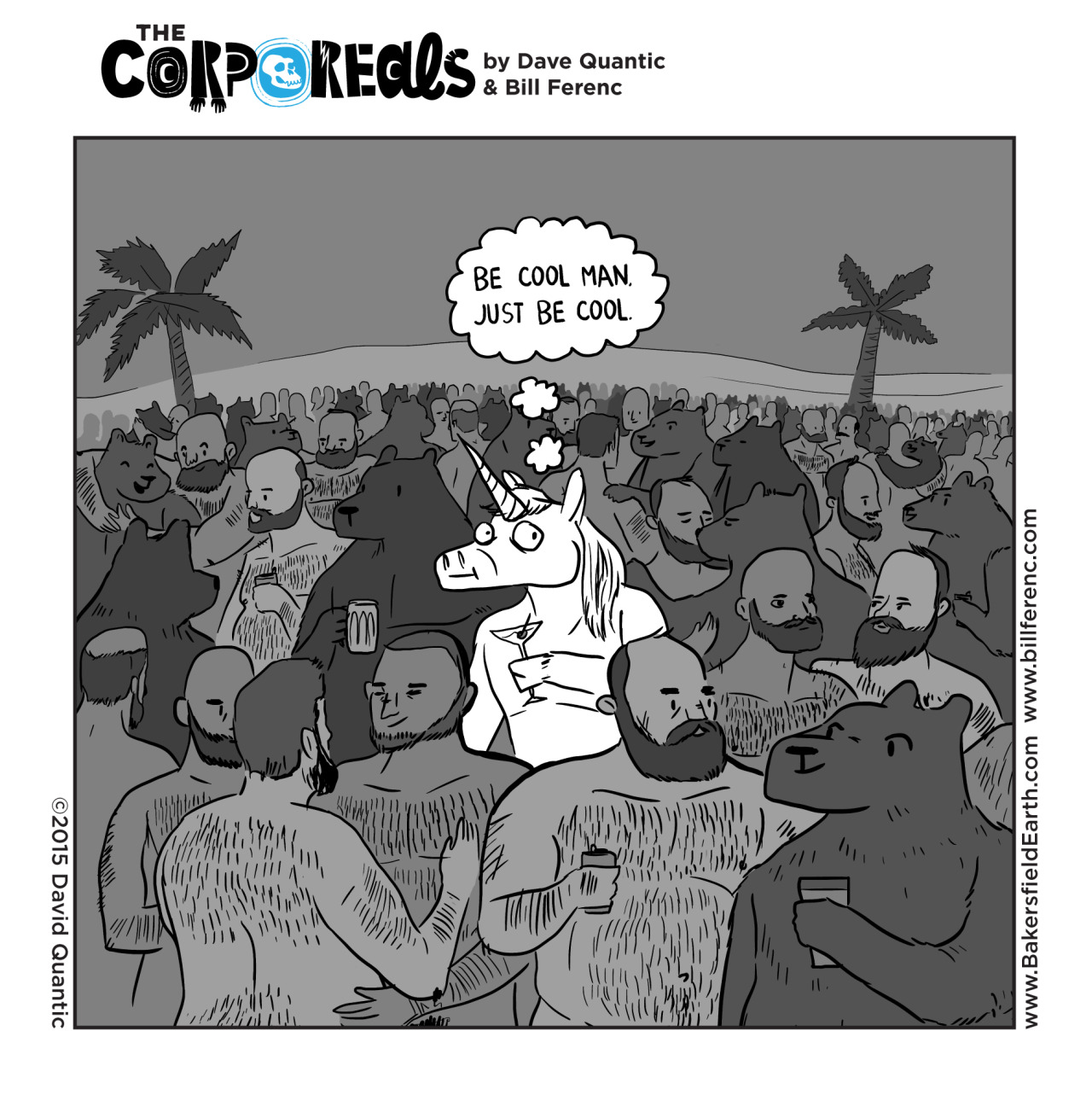 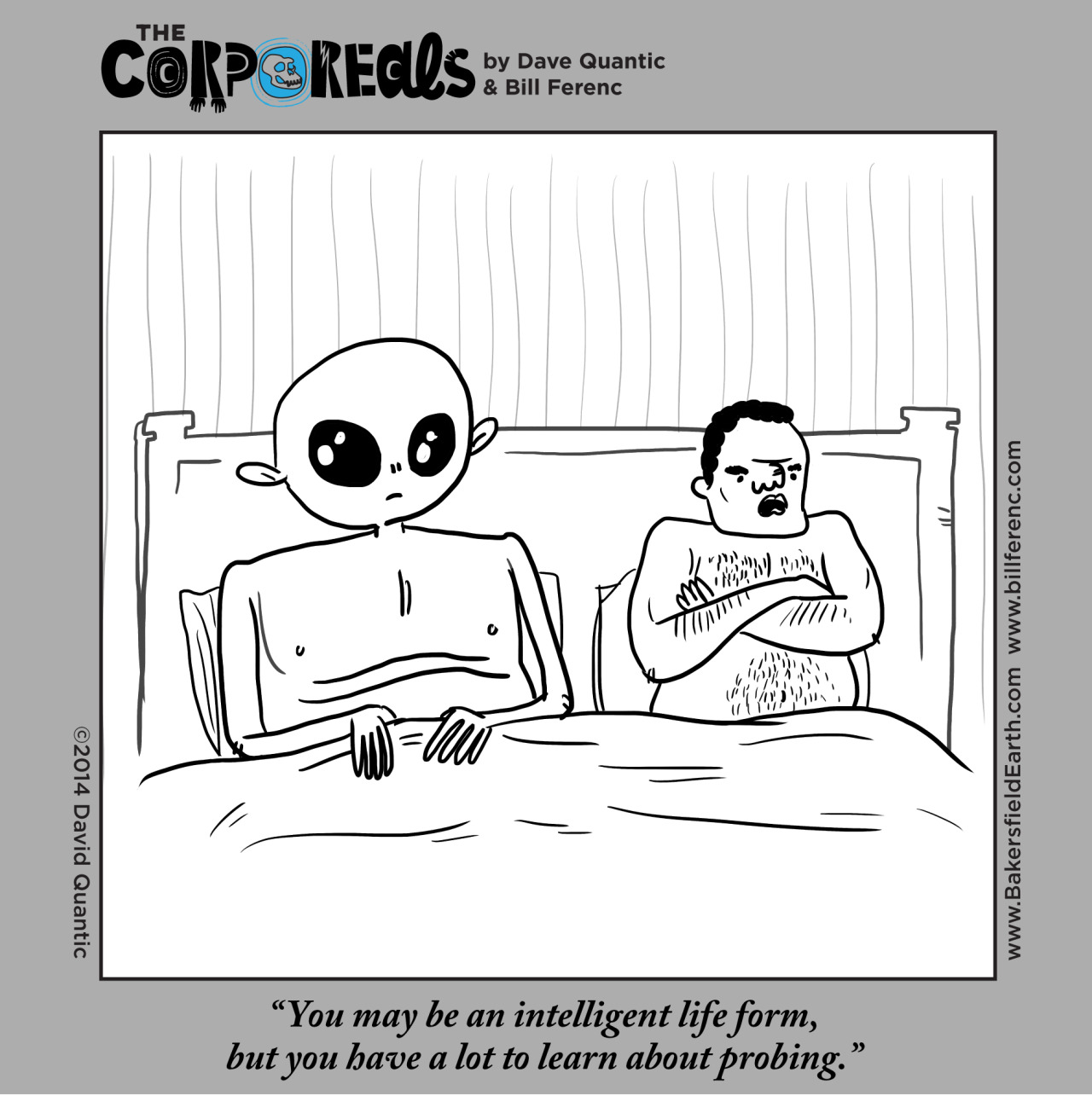 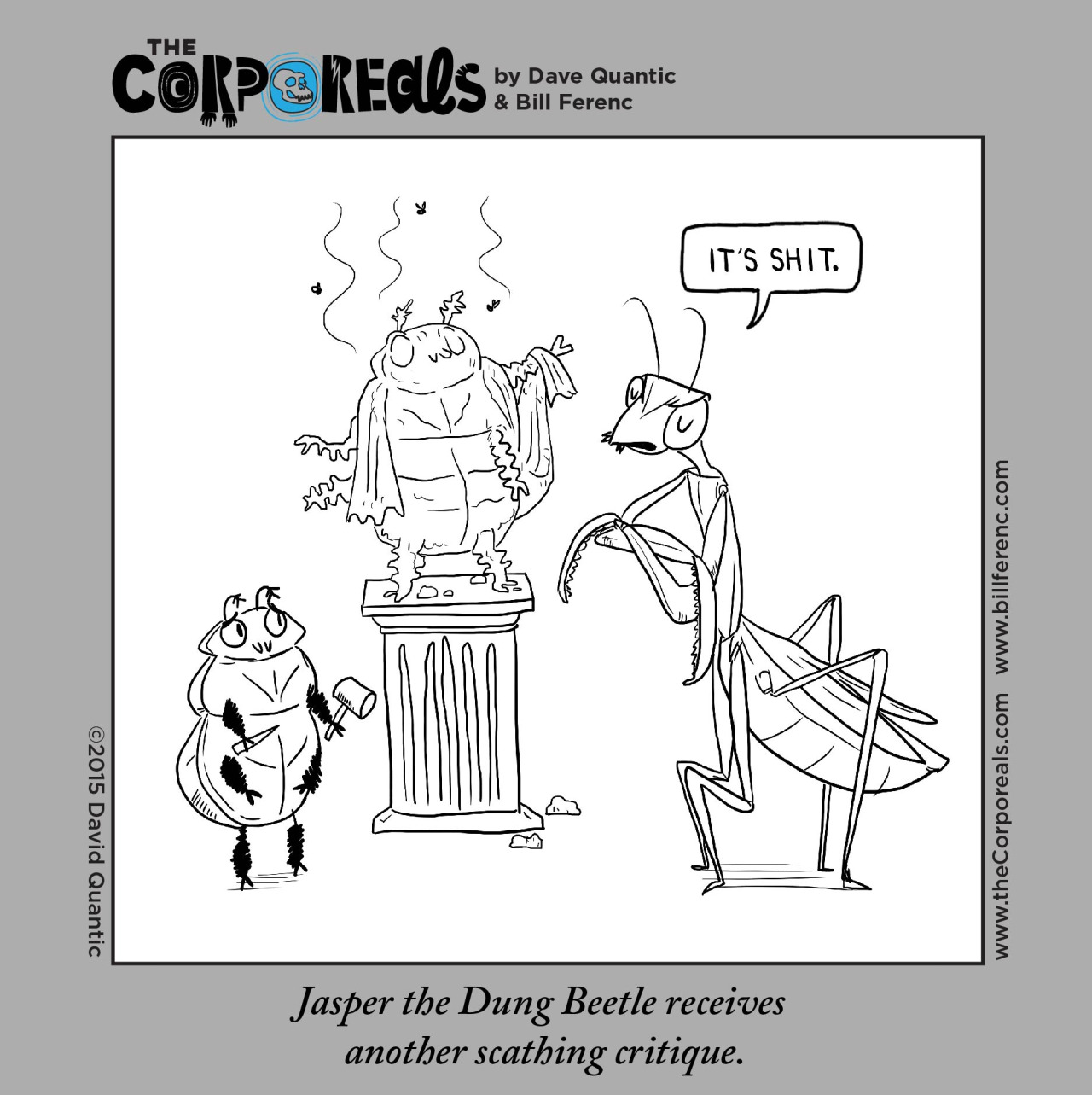 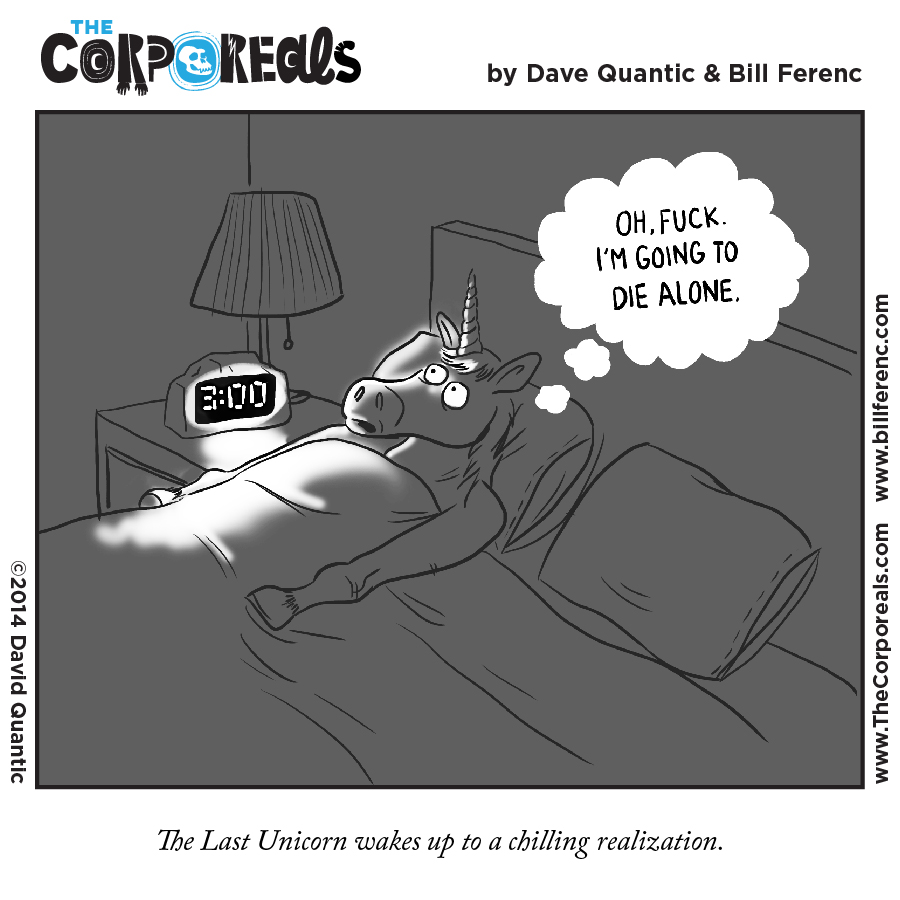 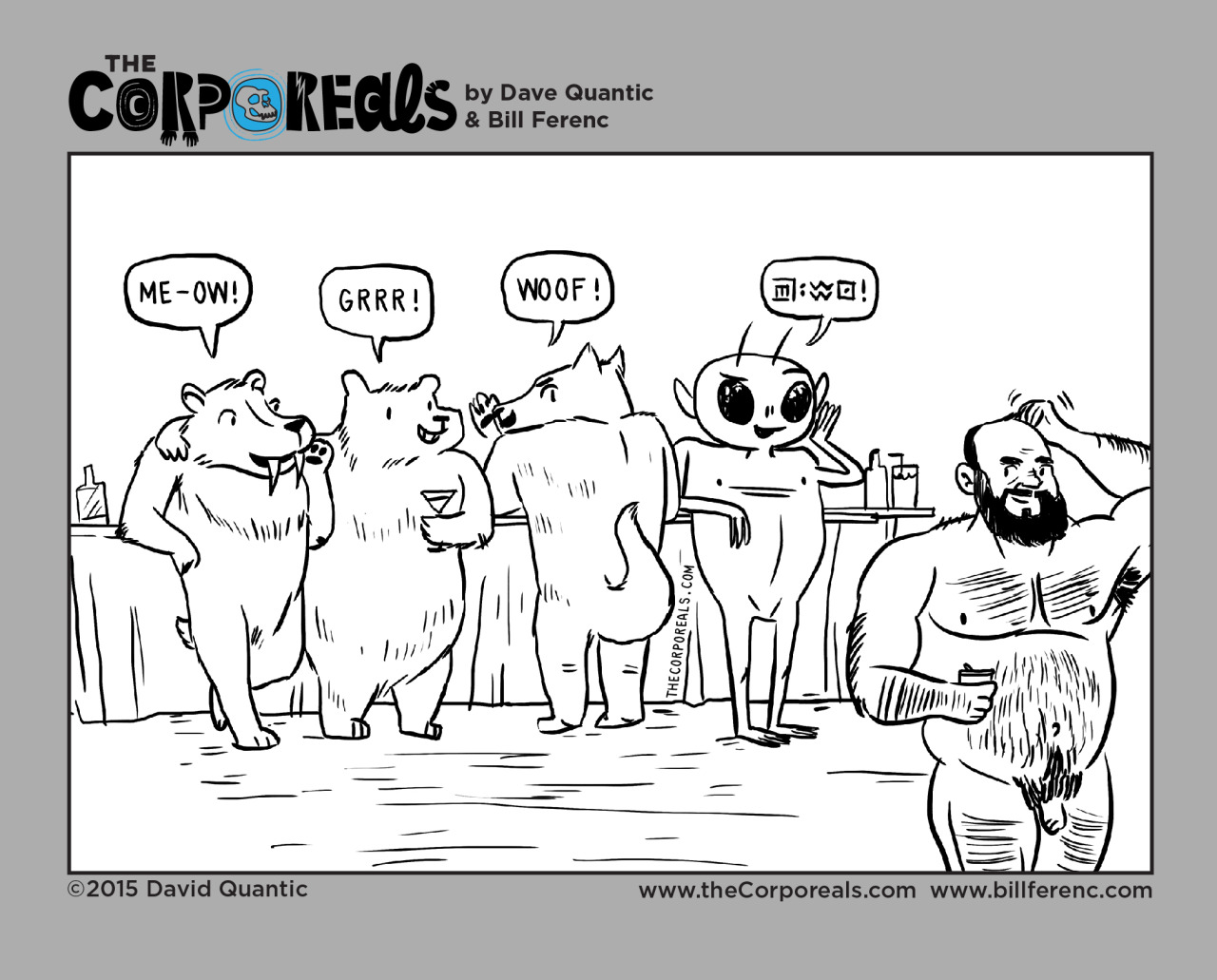 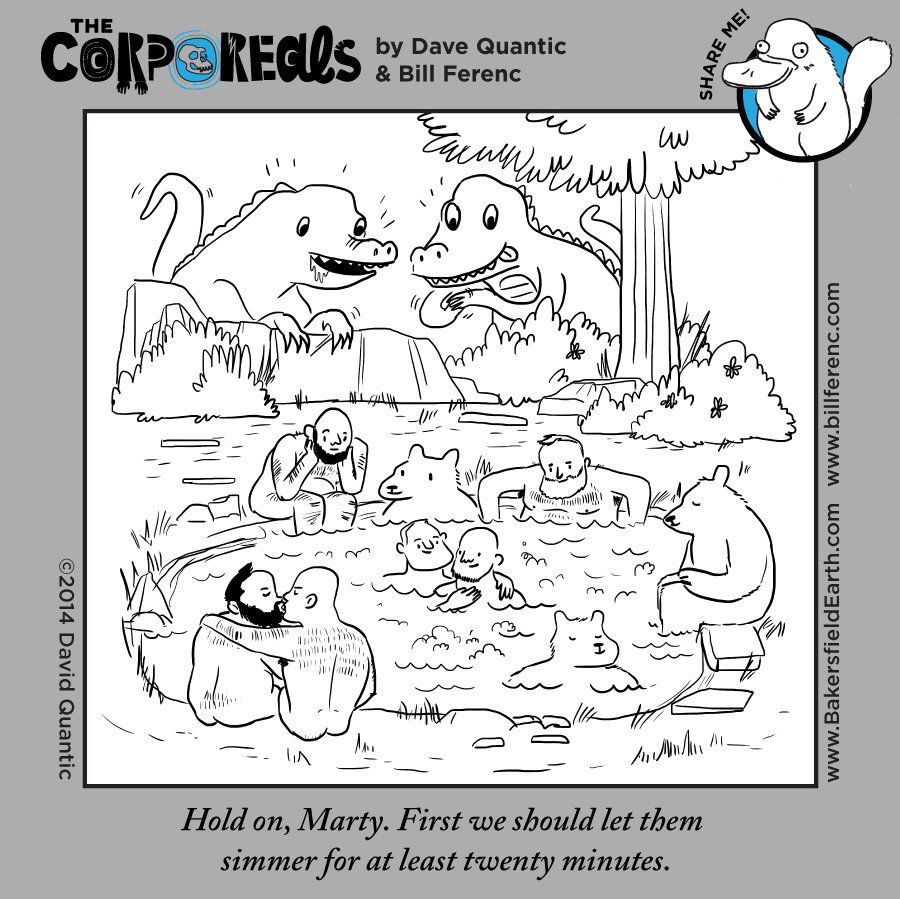 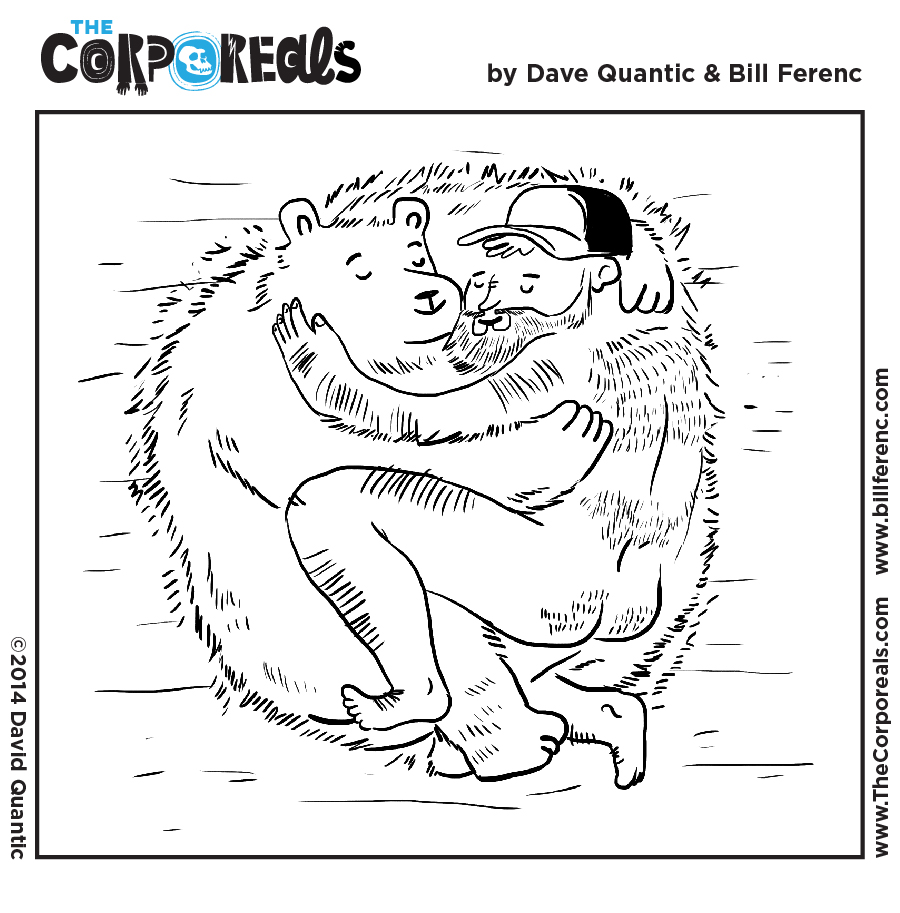 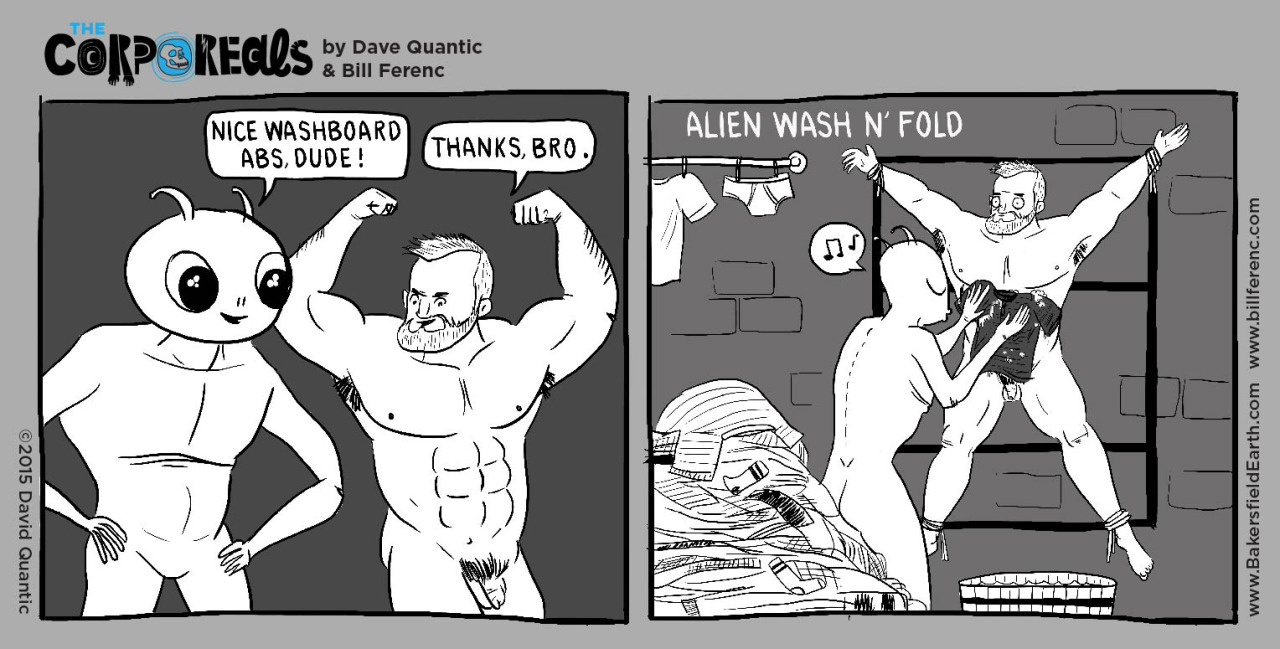 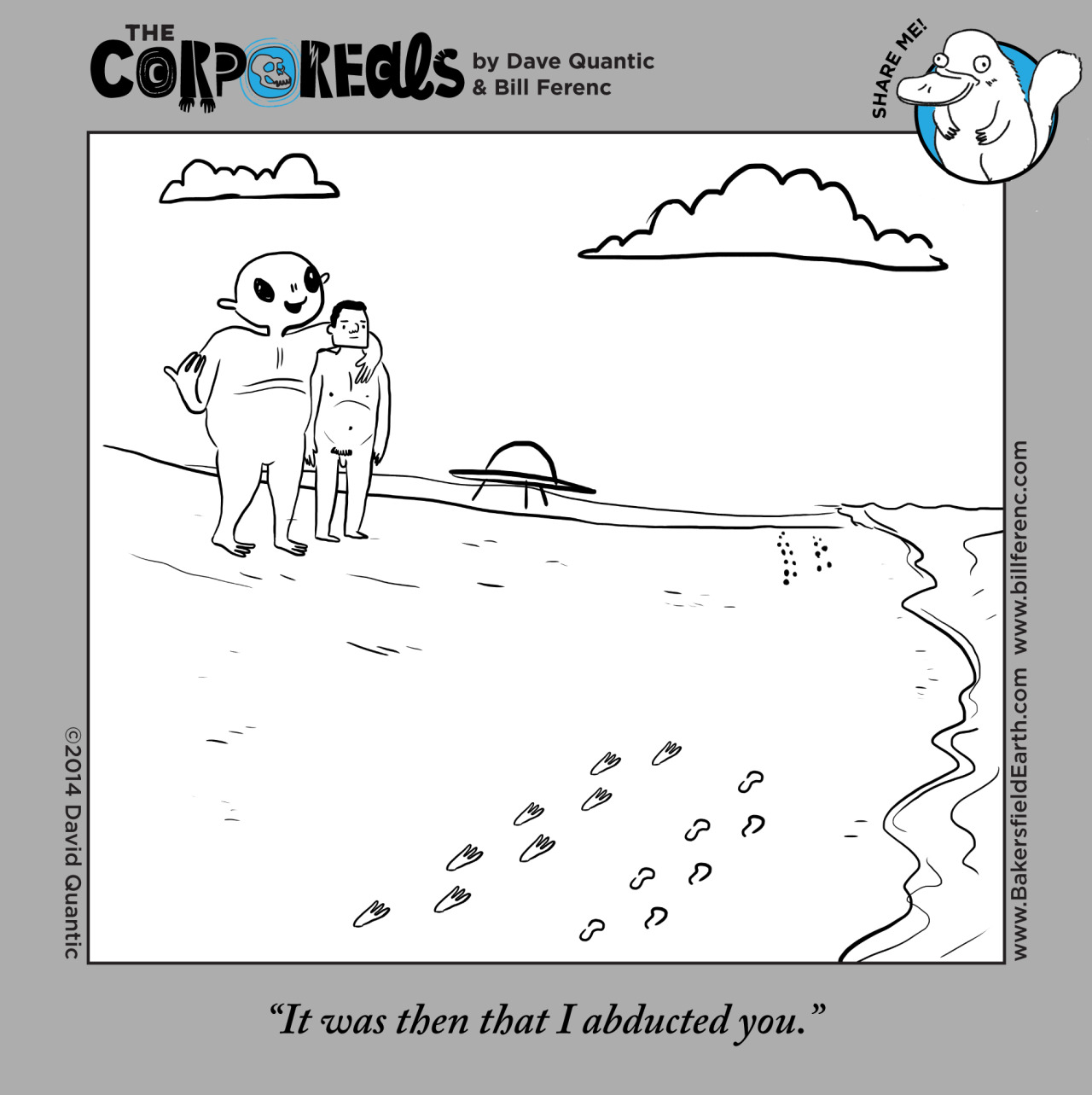 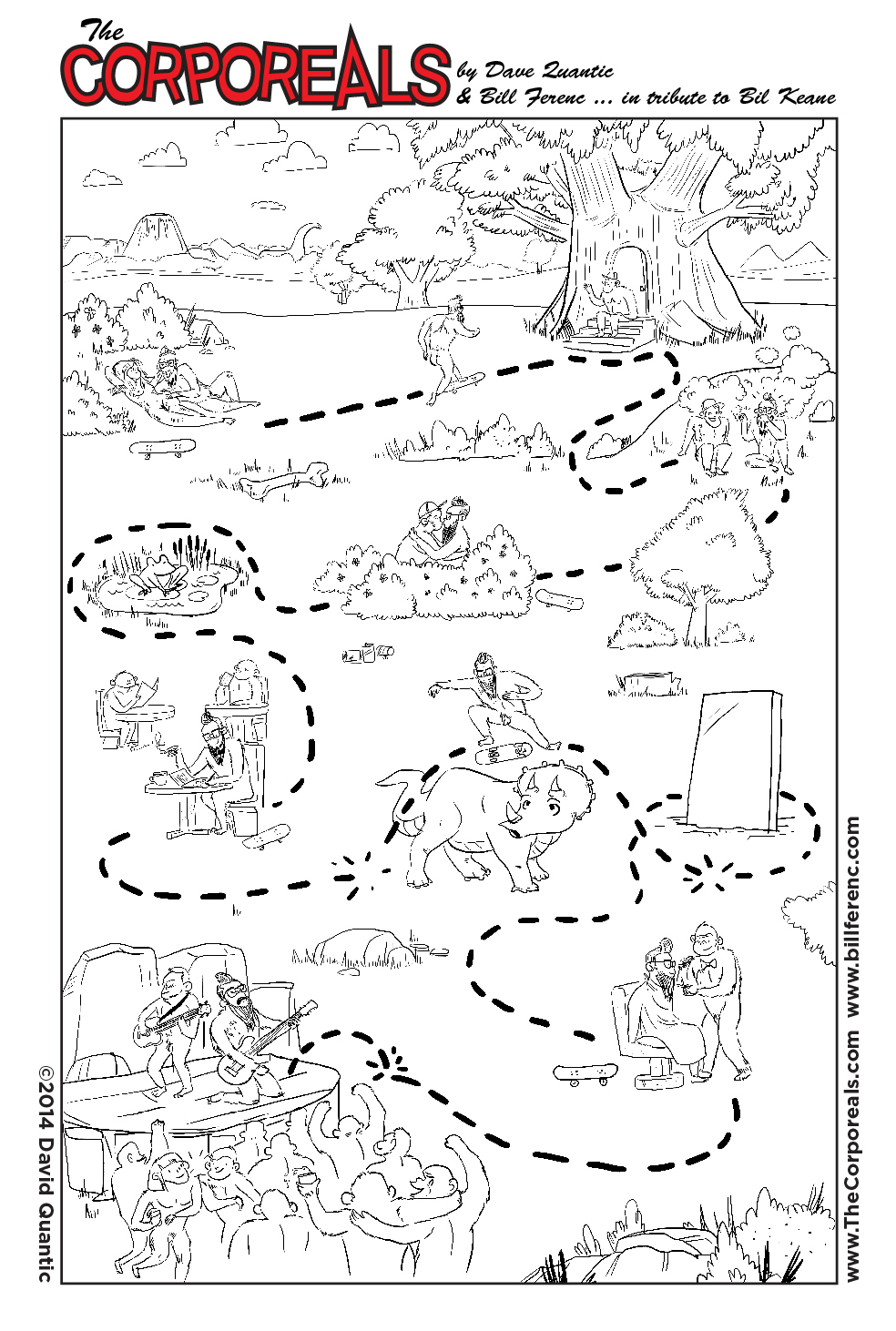 Cult Classic 'The Apple' Offered an Insane Vision of the Future That Never Was
5 Ways to Get Back the Excitement and Optimism of Your Very First Relationship
The Tragic Story of the Gay Couple in 'It' Was Based on the Fate of Charlie Howard
A Peek Under the Towel: Inside the 500-Year History of Gay Bathhouses
English