On Monday, we told you the story of Nathan Mathis, the Alabama peanut farmer who protested homophobic Republican U.S. Senatorial candidate Roy Moore. Mathis spoke about his daughter, Patti Sue, who committed suicide because she was gay. He couldn’t abide Moore calling people like his daughter “perverts,” so he had to speak out. His story went viral, and today there was a Nathan Mathis Ellen appearance where he and the talk show host discussed what drove him to protest the Roy Moore rally.

The segment opens very nicely. Nathan Mathis sits across from Ellen and thanks her for having him. He tells her he’s brought some Alabama peanuts for her and “my homeboy Twitch over here,” referring to Ellen’s house DJ. Ellen gets right into the nitty-gritty after that and asks Mathis why he felt the need to protest.

Mathis tells the story of his daughter, Patti Sue Mathis, who came out to him during her senior year of high school. Though he and his daughter looked for “solutions” to make Patti Sue not gay anymore, doctors repeatedly told her she was who she was and she couldn’t change that. Unfortunately, Patti Sue committed suicide at the age of 23.

And I wondered how Patti’d feel today. Here’s a man running for United States Senate who said that gay people are perverts. Gay people commit a crime because they’re gay. That’s why I did what I did. I wanted people to realize that’s serious. A United States Senator that feels that way about people. He’s gonna hold his hand up and say “I uphold the Constitution.” The Constitution said all men are created equal and that’s how they should be treated. Gay people have rights, just like people who are not gay.

Ellen tells him Patti Sue would be proud of him. She also compliments his ability to change his views, calling it “inspiring.” In the original video clip which went viral, Mathis said “I was anti-gay myself. I said bad things to my daughter myself, which I regret.”

On Ellen, he added, “Well, due to teachings I had as I grew up, when I found out Patti was gay … I showed my ass, I really did. I regret it very much.” He talks about how when the doctors told Patti and her father that people are just how they are, that was what made him change.

Ellen replies, “It’s amazing that people think that we’re not supposed to be who we’re born to be, and that we’re supposed to change to please other people.” She changes the topic to the election, which thankfully, Roy Moore lost.

“I’m very excited it went the way it did,” Mathis said. “The last thing we need is Roy Moore in Washington. Roy Moore needs to be somewhere getting psychiatric help, that’s where he needs to be!”

We couldn’t have said it better.

Mathis also talks about the background of his going to protest Roy Moore. He shows his protest sign, which read:

Judge Roy Moore called my daughter Patti Sue Mathis a pervert because she was gay. A 32-year-old Roy Moore dated teenage girls ages 14 to 17. So that makes him a pervert of the worst kind. Please don’t vote for Roy Moore!

Mathis also said that he had trouble making the sign — the sign maker refused to make it initially, saying that his son had come out as gay and “he’s rebelled against God.” Mathis added: “Well, I know a little bit about this man’s life, and how he’s lived it. So I text him back and said ‘I’m sorry you feel that way. But God also says you shouldn’t be livin’ with another man’s wife.’”

The segment ends with Ellen making a $25,000 donation to The Trevor Project, the suicide prevention hotline for LGBTQ youth, in Patti Sue Mathis’ name. 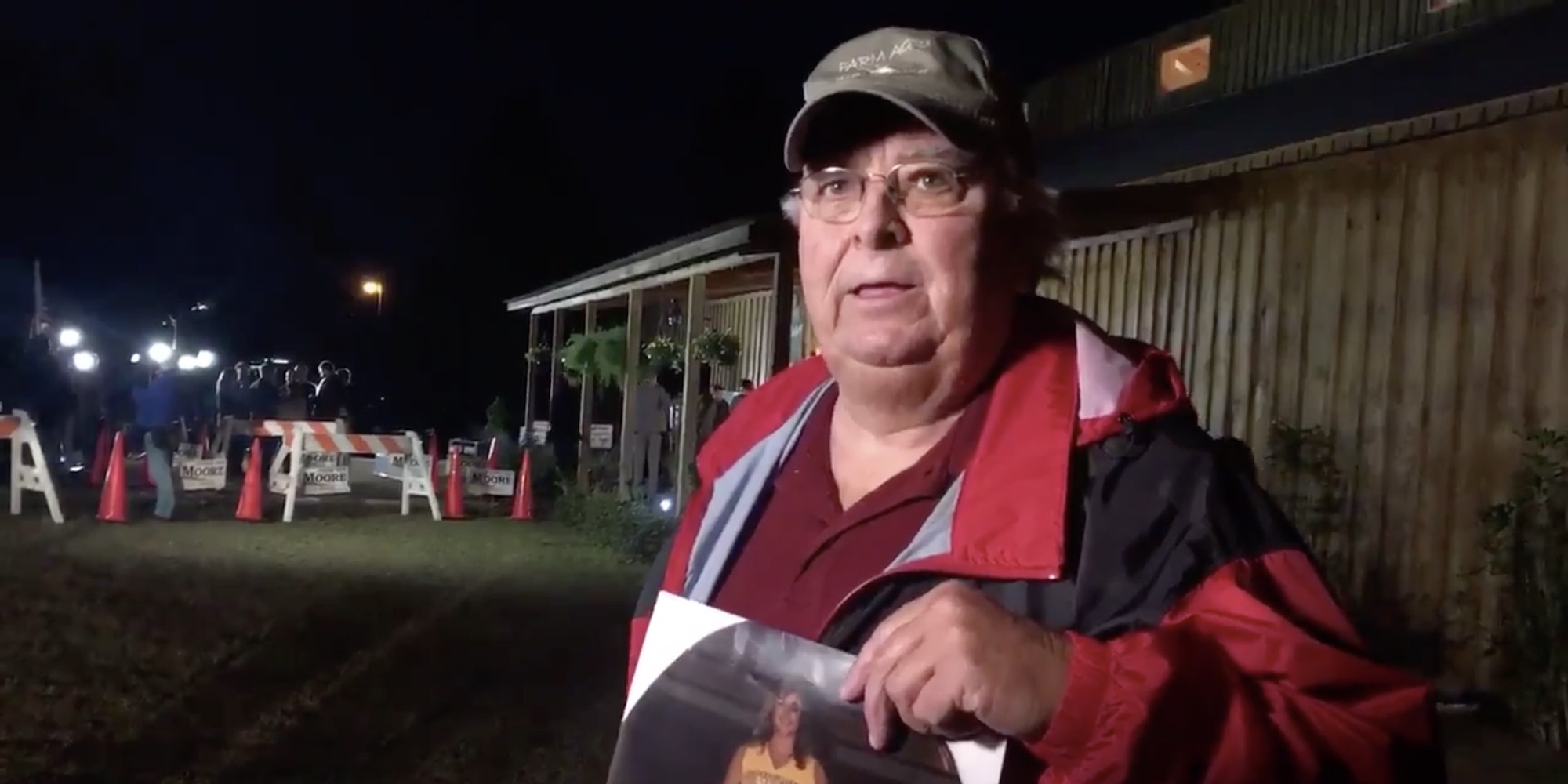 In This Heartbreaking Video, a Farmer Who Protested a Roy Moore Rally Talks About His Late Gay Daughter 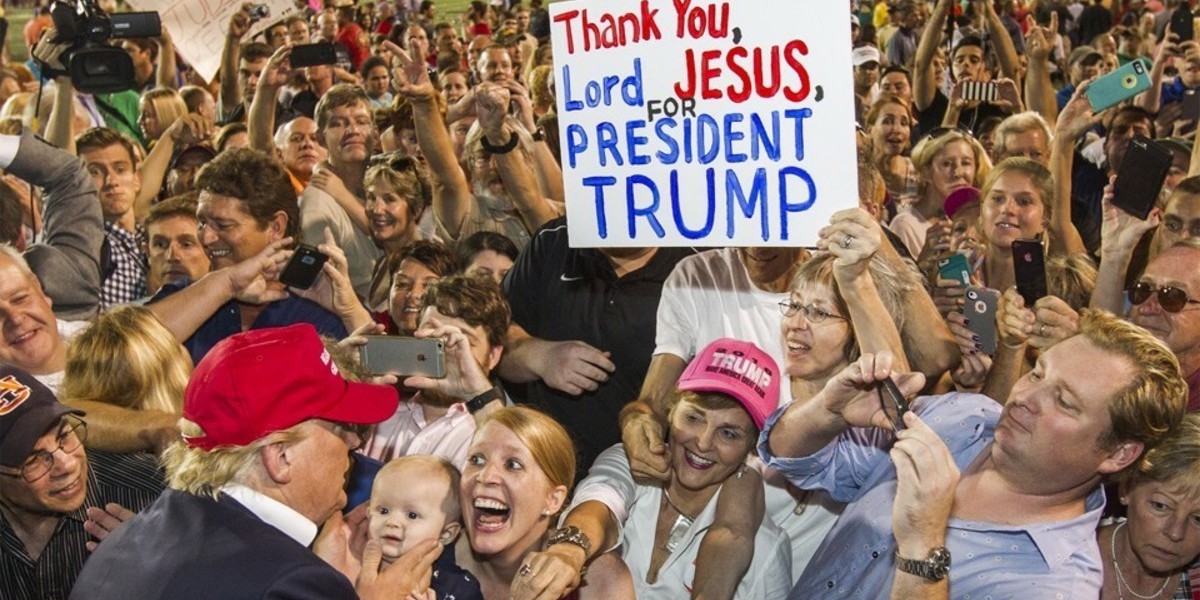