A new year, a new president (don’t remind us!) and, of course, new music!

Three songs. 35 minutes. And if you didn’t trust Robyn’s commitment to the dance floor before, you have indisputable proof here. Right, I wish she’d get her solo act together and put out an official follow-up to Body Talk; the world could use more perfect pop nuggets like “Call Your Girlfriend” and “Be Mine!” and “Dancing on My Own.” Which isn’t to suggest her collaborations with Röyksopp or La Bagatelle Magique weren’t wonderful—they were—only that the crystalline distillation of a fully formed three-minute single is much harder to achieve than the rambling longueurs of the extended track. That said, any of these three endless cuts might perk up an alternative disco, and all three for damn sure would make the perfect soundtrack in a dank and sweaty and strenuous back room long about4am to help you rally for one final sprint to glory. (“Right Time,” “Trust Me [Radio Edit]”)

Dropped digitally at the end of 2016 and out on physical CD today, El-P and Killer Mike (who stumped for Bernie and against Trump throughout last year) couldn’t let the occasion pass without letting us know how pissed and confused and sad and, even, just a little bit optimistic they are. Not too much, of course; full optimism is a luxury right now, but at least we know RTJ will be as vigilant as we should all be. (“Legend Has It,” “Hey Kids (Bumaye) [feat. Danny Brown]”)

Those who wish these London sad sacks would drop the mumblemouth and turn into the dance band of their dreams have always missed the point of their charms. Their gentle pop and sops to EDM were akin to the punks’ appropriation of anger and politics: it was the cleanest way for shy kids to communicate. I mean, you don’t ask Sade to suddenly turn into Patti LaBelle or Aretha Franklin, do you? And while sonic architect Jamie Smith keeps moving them incrementally out of their comfort zones, gay kids Romy Madley Croft and Oliver Sim resist/acquiesce just enough to create some interesting tensions. And on the two excellent add-on tracks to the Bonus edition, they both retreat for a song apiece that suggests the way out of their cul-de-sac isn’t through the club, but through the coffeehouse. If they choose; I love the cul-de-sac myself. (“On Hold,” “A Violent Noise”)

Keane vocalist’s maiden solo release; not terribly different from his day job; honestly, not different at all. Guess the other two guys just needed some time off? (“Quicksand”)

7. Julie Byrne – Not Even Happiness

Young singer-songwriter in thrall to Laura Marling, Joni Mitchell, the usual suspects. And, more often than not, she does her inspirations proud. (“Follow My Voice”)

As a non-fan, all I can say about album 14 is that it’s no Clouds Taste Metallic (still my favorite) and that Miley Cyrus should join the band full time. (“We a Famly”)

9. Half Japanese – Hear the Lions Roar

Primitive post-punks bashing out their joyful noise over – what?! – sixteen full lengths now. (“On Top”)

10. Colony House – Only the Lonely

Sons of Tennessee on alt-rock sophomore release; mostly polished yet, at times, just rambunctious enough. (“You & I”) 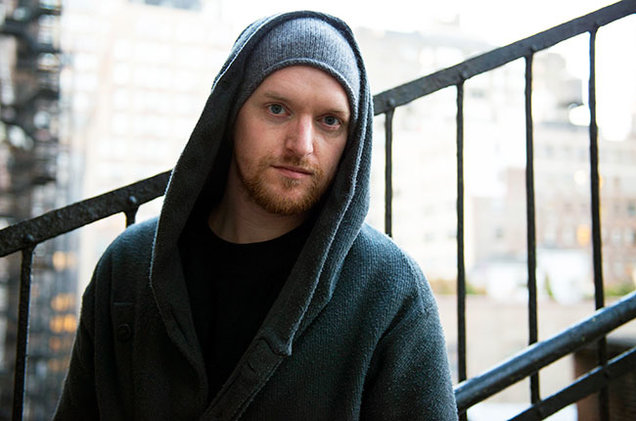 I suppose Christopher Taylor goes by SOHN as it’s more mysterious than his given name (or, more likely, there’s already a Christopher Taylor registered under some guild or another). Yet this much I do know: SOHN’s second release of modern electro is more assured and stranger than his debut. It’s a step up akin to that of How to Dress Well’s Care – that moment that an admired quantity leaps forward in vision and achievement. In this case, the eccentric contours of the music help, because electro’s such a homogenous entity it’s often hard to tell artists apart. You can certainly feel the influence of James Blake and Frank Ocean here, but also of old blues masters and electronic pioneers. It’s a heady hodgepodge, indeed. (“Hard Liquor,” “Signal”)