It’s the strangest thing — shortly after we told you how Lincoln Chafee and Jim Webb were seen on Hornet, the Republicans want to get in on the fun too! We’ve just spotted candidates Ben Carson and Jeb Bush on the app now, too! Perhaps Carson’s looking to bolster his poll numbers by a little one-on-one time with the electorate. As for Bush, his numbers are so low, he figures he’s all but out of the race anyway, so might as well have a little fun.

Of course, if it’s not obvious, we’re just joking around. But still, take a gander at Ben Carson’s Hornet profile: 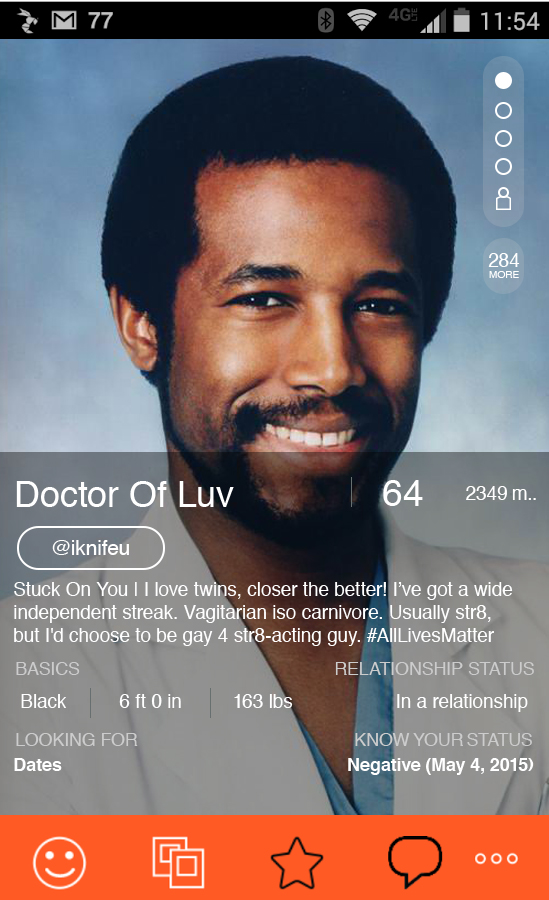 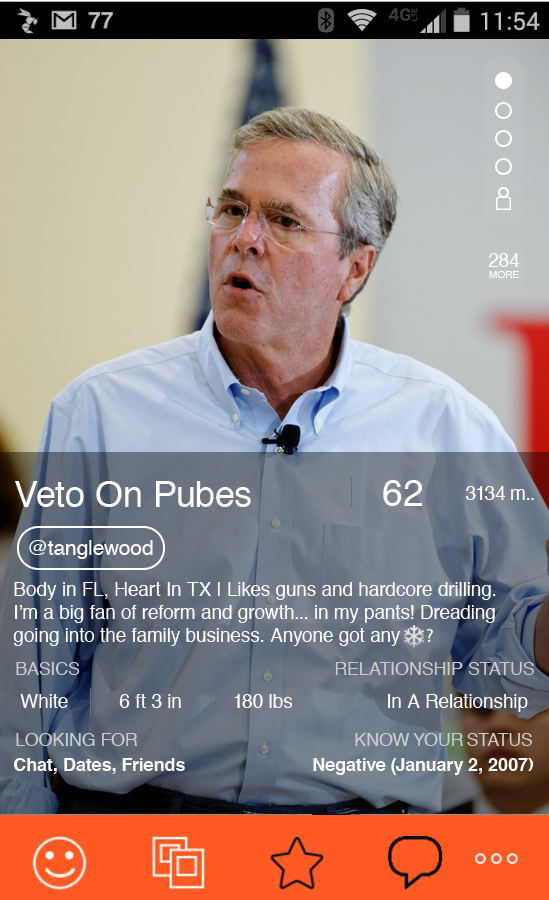 50 Years Ago, America Got Its First Look at 'The Homosexual Couple'
25 Essential Drag Queen Films Every 'Drag Race' Fan Needs to See
The Sad But True Story of San Domino, Fascist Italy's Island for 'Immoral' Gay Men
The Cockettes: Remembering a Legacy of Glitter Beards and Daring Drag
English