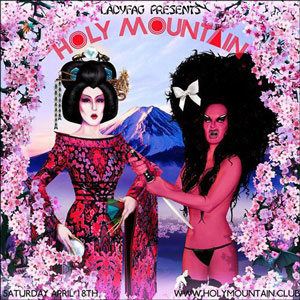 Ladyfag (aka Rayne Baron) — a New York City party promoter and personality — caused a whirlwind of angry comments and online conversation over the weekend over imagery in a flyer and teaser video for a party depicting Asian caricatures that Facebook commenters and bloggers have called “racist” and “humiliating”.

The monthly party, called “Holy Mountain” (after Alejandro Jodorowsky’s surreal cult classic film), changes theme each month. According to Ladyfag’s explanation on Facebook, this month’s party, which took place last night, was intended as a celebration of Japanese culture and the annual cherry blossom festival Sakura Matsuri, one of her “favorite festivals of the year.” The hostess went so far as to suggest guests dress up in geisha or ninja costumes. 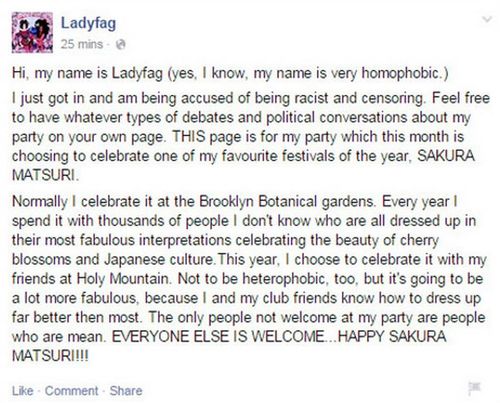 After comments began to flood the party’s Facebook page, Ladyfag made a post asking people to have “debates and political conversations” on their own pages, and to leave her party page for those who were interested in attending. Naturally, this only added fuel to the fire for offended commenters, who added “censorship” to their list of accusations. 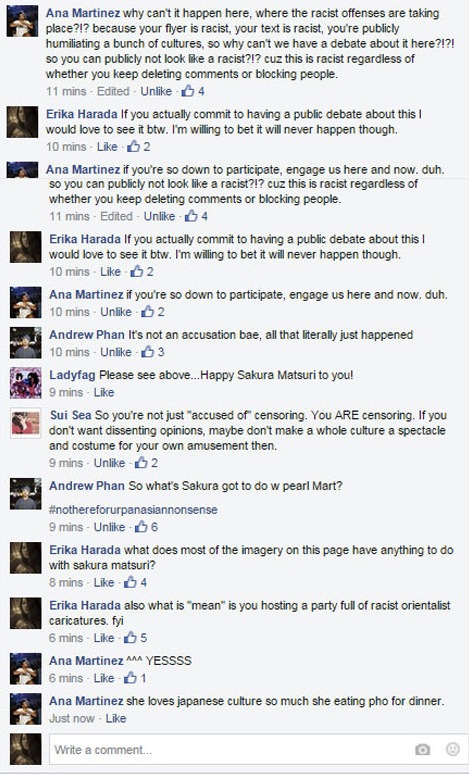 Judging by comments on Ladyfag’s page today, it appears the party still took place, despite the backlash. No comment has from the party promoter since her first post on the party’s page, which has since been taken down.