NYC Pride announced today that WABC-TV will be its official television partner and broadcast the 48th NYC LGBT Pride March on Sunday, June 25, 2017. This is a first, making the mainstream television coverage a historical moment for NYC Pride. Think of all the go-go boys that will be entering the living rooms of America!

NYC Pride 2017 takes place from June 16 to June 25, 2017 with a full roster of events for all ages. The Pride March started in 1970 as a civil rights demonstration one-year after the Stonewall Uprising. Today, it is one of the world’s best known LGBT events in the world, with 350 marching contingents and more than 2 million spectators in 2016.

WABC-TV will broadcast the annual trek down Fifth Avenue from Noon to 3:00 p.m. on Channel 7 and also stream the event on its website.

While the idea of the nation’s first pride march entering the living rooms of the entire country, the march will be televised in the Tri-state area only.

“We’re excited to have Tri-state viewers welcome us into their homes for what will be an unprecedented opportunity for the LGBT community’s collective voices to be heard,” said Chris Frederick, NYC Pride Managing Director.

For 7+ years I’ve dreamed about NYC Pride finally getting a broadcast on a mainstream television network. The thought of providing an outlet for those too afraid to come to Pride or those unable to come to Pride was incredibly important to us. As a kid in rural Ohio, if I had the opportunity to turn on the TV and see a sea of rainbows I might not have felt so afraid. Also, this will create an even larger platform for many local non-profits to let their voices be heard. This is why we do what we do and we’re excited to be welcomed into your homes in June on ABC7. #weareproud

“Channel 7 prides itself on being able to bring important, local celebrations of community spirit to as many people as possible,” said Dave Davis, President and General Manager of WABC-TV. “We look forward to making this year’s March the best ever.” 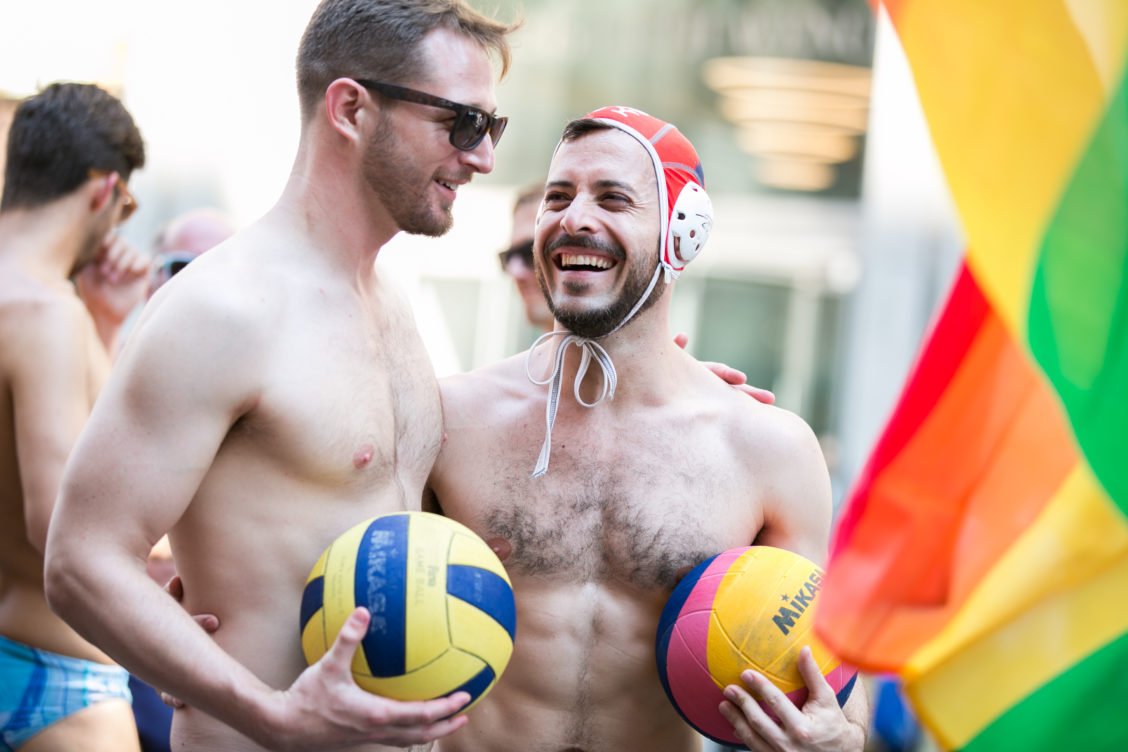 This year’s theme, “We Are Proud,” speaks to the LGBT community’s unwavering ability to rise and be proud, even in the face of the existing political environment. The American Civil Liberties Union, Brooke Guinan (trans woman, FDNY firefighter), Krishna Stone (Director of Community Relations, GMHC), and Geng Le (Founder, Blued) will helm 2017’s March.

Seeking a Sex-Positive Therapist? Here Are the 12 Questions You Should Ask Them
The World's Largest Arcade, Funspot in New Hampshire, Is a Must-Visit for Gaming Fanatics
Let's Pay Tribute to Male and Nonbinary Celebrities Who Know How to Rock a Dress
This African Female King Defied the Gender Binary in the 17th Century
English