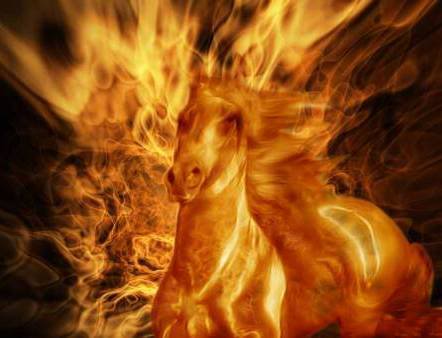 Brent Whitehouse awoke late at night to find his barn engulfed in flames. Someone had spray fainted “Fags are freaks” on his property before setting it ablaze. Whitehouse could hear his eight horses inside kicking as they burned alive, but he wasn’t able to rescue them before the barn collapsed in flames.

Those who know Brent believe this was a hate crime, explicit words relating to his sexuality were spray painted in large white letters on the side of the barn before the fire was started.

“They obviously don’t know him very well, because he’s a sweet-hearted person and how he lives his lifestyle is nobody’s business but his own,” said Friend Bobbie Nelson.

“Whatever his sexual orientation was it had nothing to do with him as a person and to take it out on these innocent horses was beyond any fathom of what anybody should ever do to anybody,” said Yvette Yeadon.

Authorities have no leads at this time, save the anti-gay epithets spray-painted across the tin walls that survived the inferno. Anyone with information relating to the case is asked to please call the Morgan County Sheriff or Fire Marshal.

Ugh. Such a deliberate, waste of life. Our thoughts go out to Mr. Whitehouse, and we hope that his tormentor is brought to justice.

5 Gay Board Games From Years Gone By, Including the Ultimate Leather Daddy Monopoly
Here's What Our Favorite Queer Personalities Are Saying About the Dave Chappelle / Netflix Controversy
Here Are 5 Simple Hacks for Surviving the Holidays With Your Family
As an HIV-Positive Man, These Are the 5 Questions I'm Asked Most Often About Dating
English