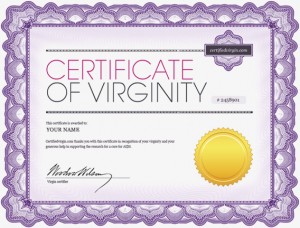 A senior Egyptian general admits that “virginity checks” were performed on women arrested at a demonstration this spring, the first such admission after previous denials by military authorities.

The allegations arose in an Amnesty International report, published weeks after the March 9 protest. It claimed female demonstrators were beaten, given electric shocks, strip-searched, threatened with prostitution charges and forced to submit to virginity checks.

At that time, Maj. Amr Imam said 17 women had been arrested but denied allegations of torture or “virginity tests.”

But now a senior general who asked not to be identified said the virginity tests were conducted and defended the practice.

“The girls who were detained were not like your daughter or mine,” the general said. “These were girls who had camped out in tents with male protesters in Tahrir Square, and we found in the tents Molotov cocktails and (drugs).”

The general said the virginity checks were done so that the women wouldn’t later claim they had been raped by Egyptian authorities.

“We didn’t want them to say we had sexually assaulted or raped them, so we wanted to prove that they weren’t virgins in the first place,” the general said. “None of them were (virgins).”

But why am I bothering to explain this anyway? The type of “doctor” willing to sexually assault a women by forcing himself or medical instruments into her to verify the unverifiable is clearly not going to be swayed by sixth grade medical science.

Also, preying upon the idea of “the other” is a concept LGBT’s are all too familiar with. The assertion that these women deserved this treatment because they were “not like your daughter or mine” should ring major alarms in your brain. Nothing about this, no matter how it is spun, is OK.

Our thoughts go out to all of the men and women in Egypt who have been attacked, tortured and demonized by the government they were protesting against.