“DOMA to me is kind of like the cobra, the pet cobra, whose had seven owners. And every owner he has had, he has bitten, and they have died. And all of a sudden this cobra shows up at your house and is asking you to be its new owner.”

Yeah, DOMA is kiiiiind of like that. Except not at all.

Wait, what? First of all, that’s not how DOMA works. American federal laws are the legal backbone for the American legal system. There is no DOMA abroad. Also, every country and every nation? Hee!

And an overarching secondly here, what in high hell is this man trying to say? Things will happen? Things?! And these things with come along? Things on a plane?

Ohhhh. I think I see where this is going. Cobras, things, plane… 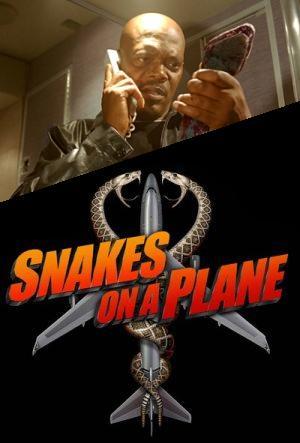 Ah yes. It’s all so clear to me now. Hutcherson goes on to warn that once DOMA is repealed, bigoted religious leaders will be sent to prison (Uh…only if you commit a crime, pal) and that there will be no less than a “complete breakdown of the family.” Really? If a law banning gays from marrying is the only glue holding your family together, I would suggest it’s hardly much of a family at all. The final feather in the cap however, is Hutcherson advising his flock to fast until DOMA is enforced again.

That’s right, Christians should starve themselves so gays can’t marry.

What do you think of Pastor Hutcherson’s pearls of wisdom about same-sex marriage?