That Trump-Supporting Facebook Investor Got Married Over the Weekend, and Here’s the ‘Lucky’ Guy

Written by Alexander Kacala on October 17, 2017
Be first to like this.

Peter Thiel — a gay billionaire, co-founder of PayPal and early Facebook investor — endorsed Donald Trump during his campaign and has been a rare voice of support for the president in Silicon Valley. He also helped bankrupt the gay-owned gossip website Gawker and some people think he’s a vampire.

Well, Thiel is going to have to get a crypt big enough for two, as the early Facebook investor has found a Mrs. Dracula to hang upside-down with.

That’s right: Peter Thiel got married over the weekend.

Axios writes, “Peter Thiel got married in Vienna this past weekend, Axios has learned. Guests came expecting to celebrate the billionaire venture capitalist’s 50th birthday, but instead were surprised by a wedding to longtime boyfriend Matt Danzeisen.”

So who is the lucky guy?

Matt Danzeisen is a portfolio manager at Thiel Capital, the family office for Peter Thiel. He is responsible for the firm’s private investments, with a focus on financial services companies. He is an active investor in the FinTech space, as an equity investor, as a lender and as a board member. Prior to Thiel Capital, Mr. Danzeisen was a portfolio manager at BlackRock and an investment banker at Bank of America Securities.

Little is known about Danzeisen beyond his work for Thiel’s company, and there aren’t too many photos of him online. In May, he spoke at a conference in Japan about the state of financial technology after a slump in 2016.

“What might explain some of the slowdown is that winners are emerging as certain business models are becoming more clearly dominant,” said Danzeisen. “So, it is cyclical, but we’ll still see innovation.”

Since Trump seems to be rolling back every Obama-era advancement in LGBTQ rights, maybe Thiel believes same-sex marriage could be next so he raced to the alter.

Either way, we wish the couple many years of happiness, especially since they’re immortal. 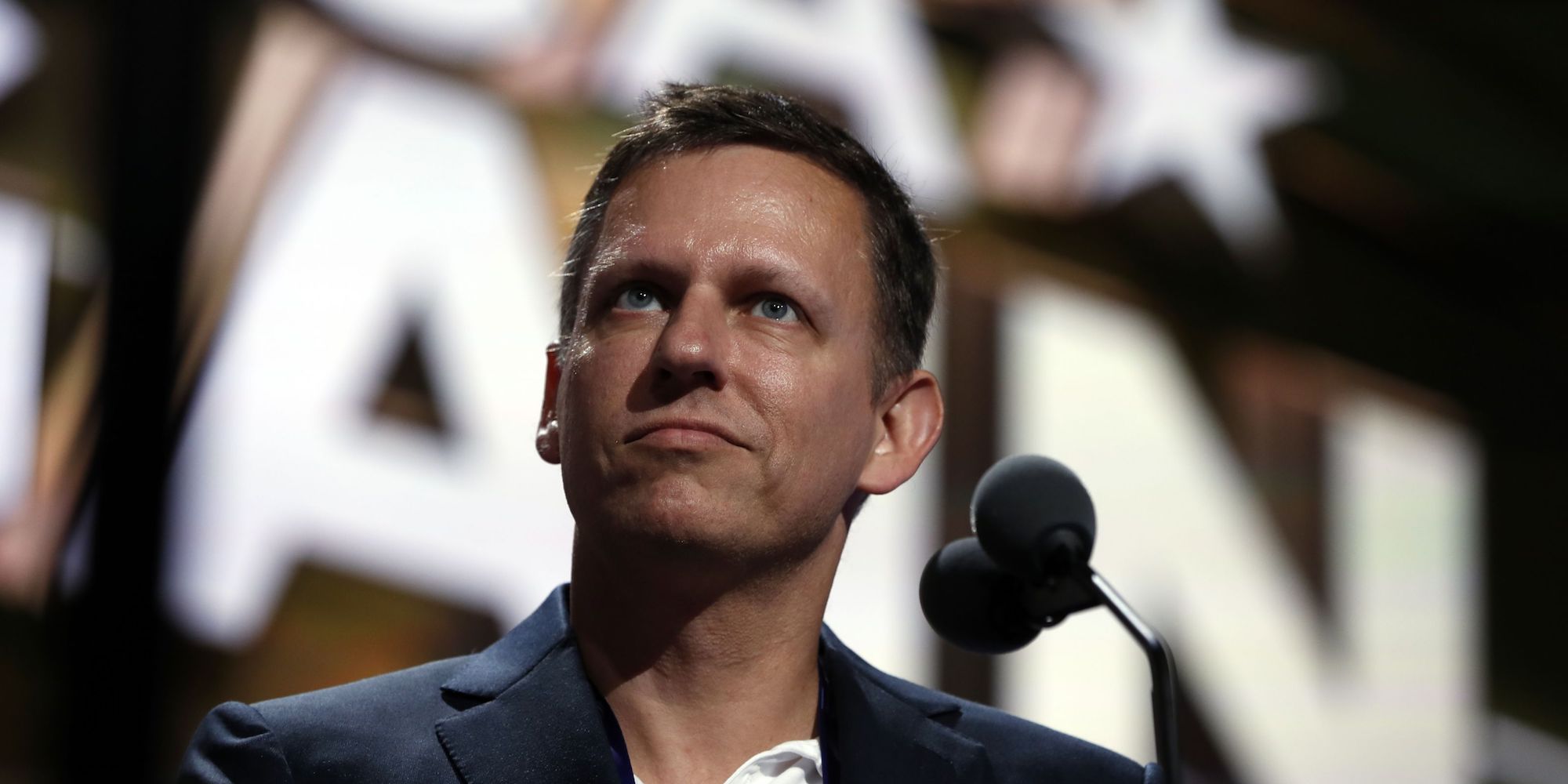 In 2018, Let's Hope Peter Thiel Crawls Back Under a Rock