PHOTOS: Pangolins Are Scaly, Adorable and Endangered. But You Can Help!

Last time, we told you about the red panda, the adorable little guy on the endangered species list. Pangolins might not be quite as fluffy, but they’re still pretty adorable, and need your help.

Pangolins are also called scaly anteaters or trenggilings, which is really fun to say. Trenggiling!

There are  eight different species of pangolin; four live in Asia, and  four in Africa. This guy’s a Chinese pangolin.

This is a long-tailed pangolin, from western and central Africa. It’s an apt name.

They eat bugs with their really long tongues. 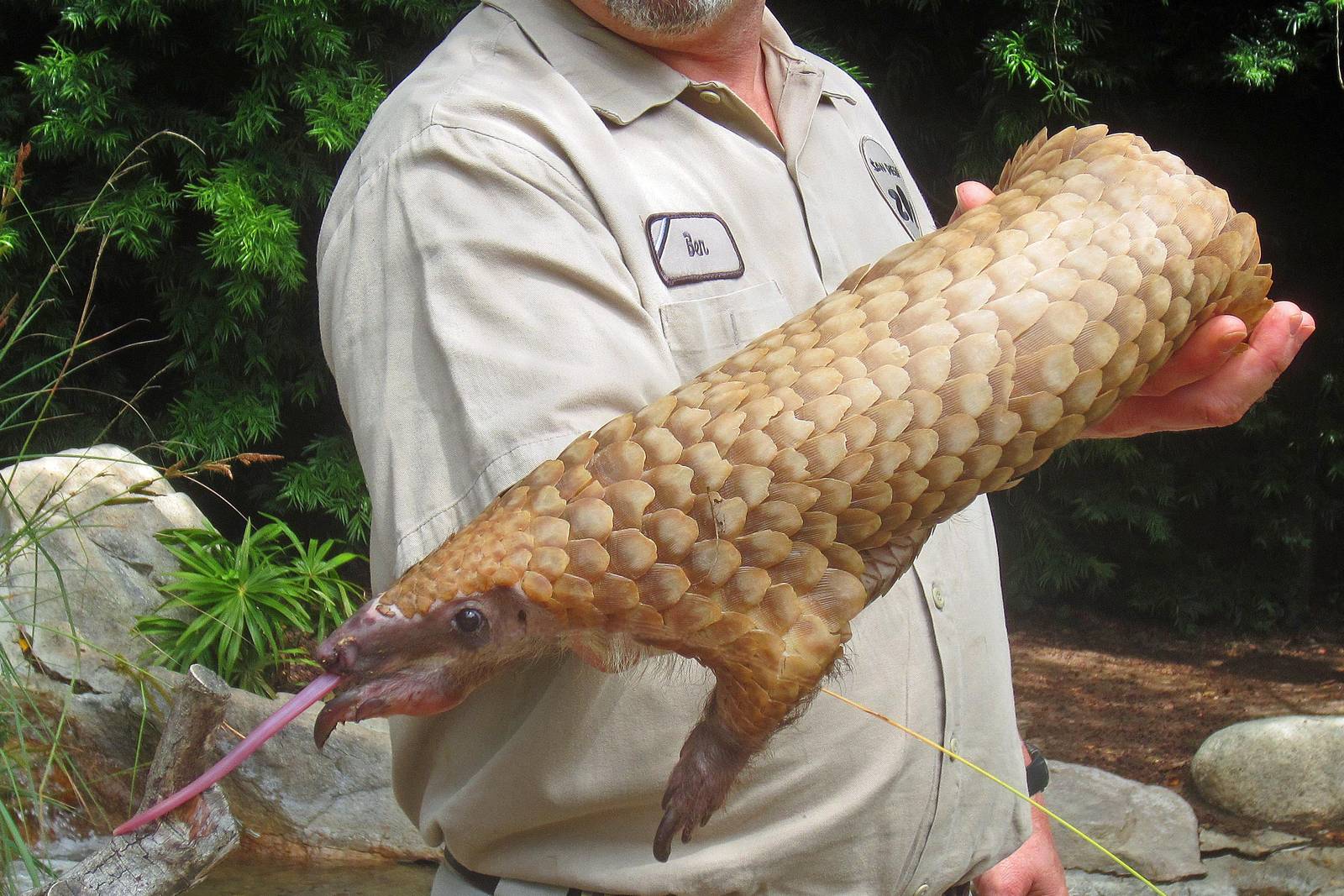 Pangolins can roll up to protect themselves from predators, just like armadillos or roly-poly bugs. This lioness is saying “No, thwarted again by the mighty pangolin! Nooooooo!” 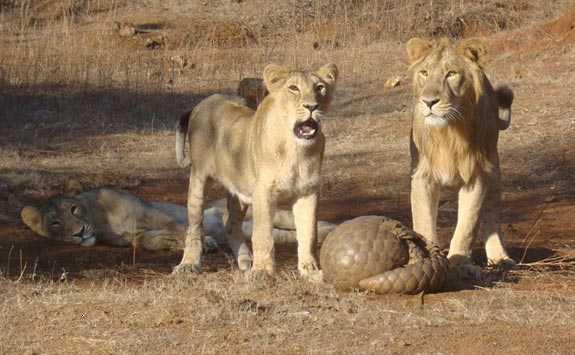 Pangolins are the only mammal with scales covering their body made of keratin. Keratin’s the stuff our hair and fingernails are made of. This is what they look like up close:

Unfortunately, Pangolins are popular – they’re the most trafficked mammal in the world. It’s believed Pangolin scales, when ground, can cure asthma or cancer – of course, this isn’t true. Their meat is also a popular dish.

Between humans hunting them and deforestation, pangolins are threatened species, with two species listed as critically endangered. But seriously, how could you eat this little guy?

Luckily there are organizations devoted to saving the pangolin. The International Union for the Conservation of Nature‘s SSC Pangolin Specialist Group is the largest, but SavePangolins.org has a list of other groups working for pangolins around the world, like this cute baby: 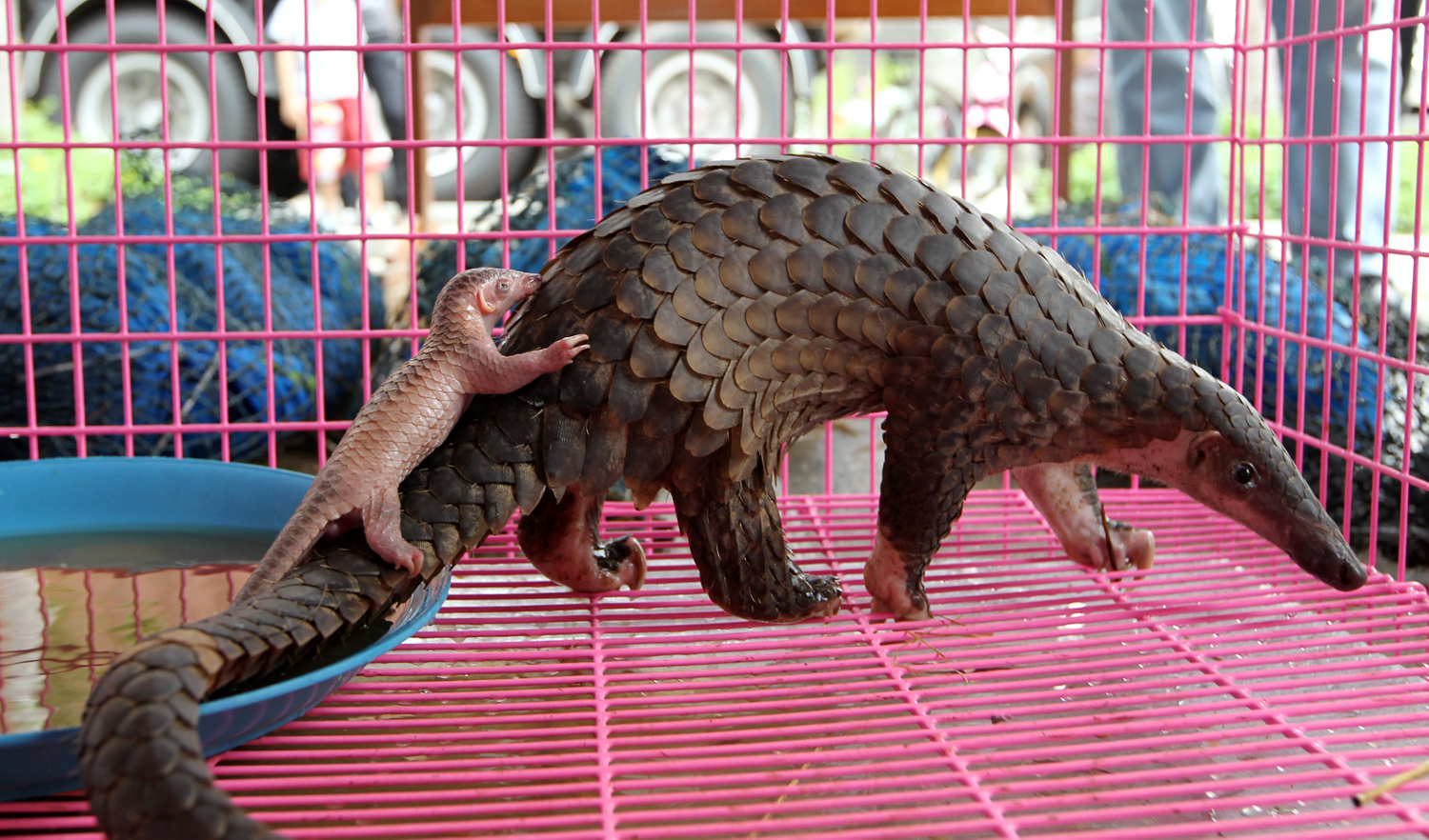 Little known fact: Pangolins love to do the “Thriller” dance:

Pangolin babies are a literal handful: 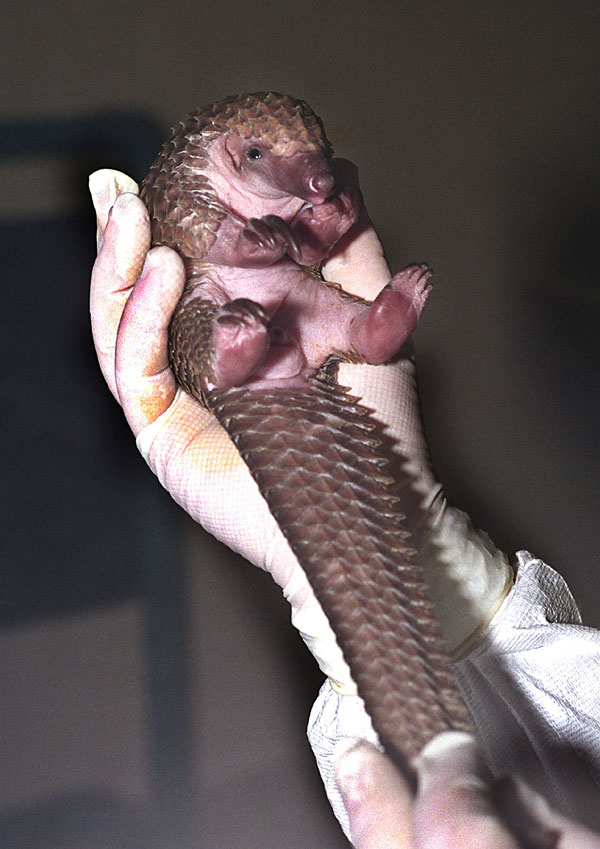 Do the Pics You 'Like' on Social Media Reinforce Silly Body Elitism Standards?
We're Loving These Photoshopped Portraits of Queer Music Icons With Their Younger Selves
This Is How I Lost My Virginity on an Evangelical Christian Mission Trip
Maricón and Proud: How I Reclaimed the Word That Tormented My Childhood
English