Written by Daniel Villarreal on October 9, 2015
Be first to like this.

Morrison-Gurza — a disability awareness consultant with an MA of legal studies specializing in persons with disabilities — organized the campaign’s first event at Toronto’s Oasis Aqualoung in August 2015.Scheduled to coincide with the Parapan Am Games — a regional qualifying event for the Paralympic Games with over 1,300 athletes with disabilities from 26 countries competing in 13 sporting events. The party was a 125-person event with DJs, burlesque performers, and “lots of booze.”

Designed to be accessible for people with different disabilities, the event also had a “playroom” fitted with harnesses, hydraulic lifts and playfully sexy assistants who helped attendees remove their clothes and engage in sex play if they wanted. Even though not everyone used the playroom, according to one of the volunteers, “There were a lot of people who were experiencing their first sexual encounter with another disabled person.”

“A lot of regular venues don’t accommodate disabilities or are just flat-out discriminatory,” volunteer Chandler Borland continued. “Sex was obviously present because it’s something that a lot of people don’t discuss when it comes to disabilities, but it was far bigger than that.”

“To me, it was all about the people,” Morrison-Gurza told VICE magazine. “Seeing all different types of people—both disabled and not—gather together and party really made me realize how important these kind of events are… People had fun and they had fun without feeling like they needed to fit a mold. It’s going past what we generally think about disability and the people affected by it.

Morrison-Gurza said that he helped create the campaign “because [Deliciously Disabled] is a flavor we’re so not used to seeing… a flavor that we don’t often hear about. I’m very proud of my identity as a person with disabilities and my identity as a queer person. And I think the two worlds really come together in this phrase.”

The hashtag has begun to catch on Instagram with a few folks starting to show their sexy side, including non-disabled ally-slash-porn star Colby Keller. 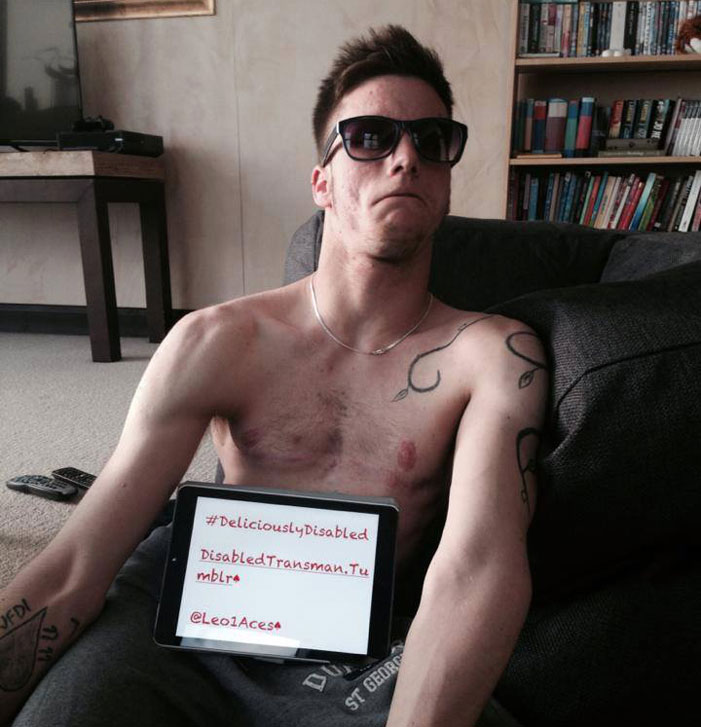 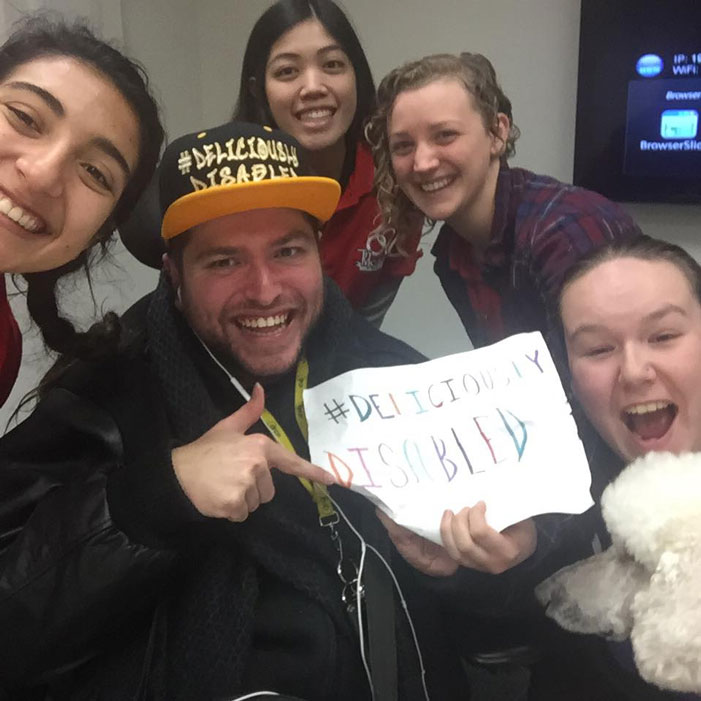 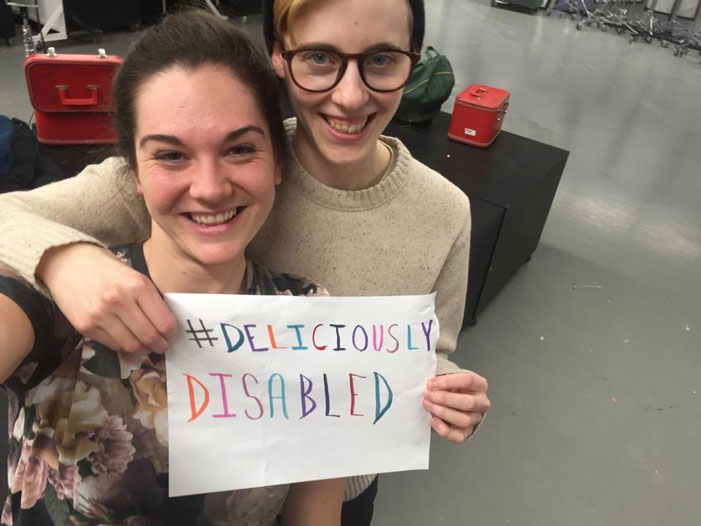 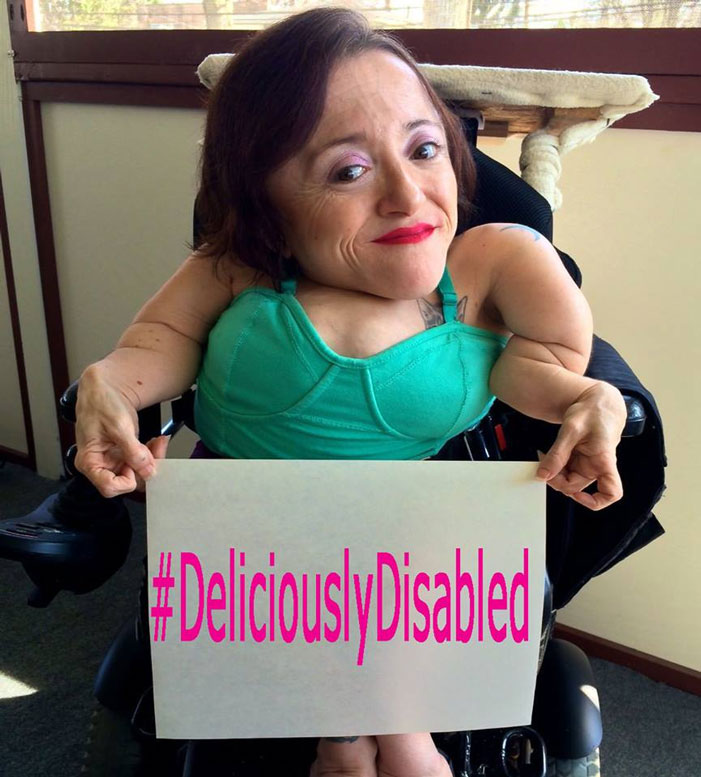 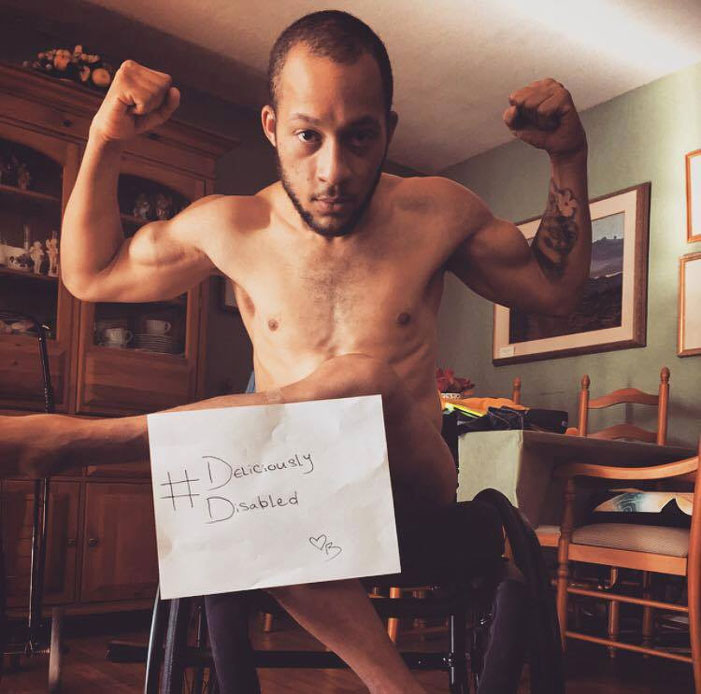 Hey, Hollywood, Here Are 6 TV Reboots We Actually Want to See
Remember That Time Luigi Was Said to Be Promoting Lesbianism in a Video Game?
This Hong Kong-Based Activist Organization Is Dedicated to Tackling LGBTQ Stigma in Asian Culture
5 Gay Board Games From Years Gone By, Including the Ultimate Leather Daddy Monopoly
English